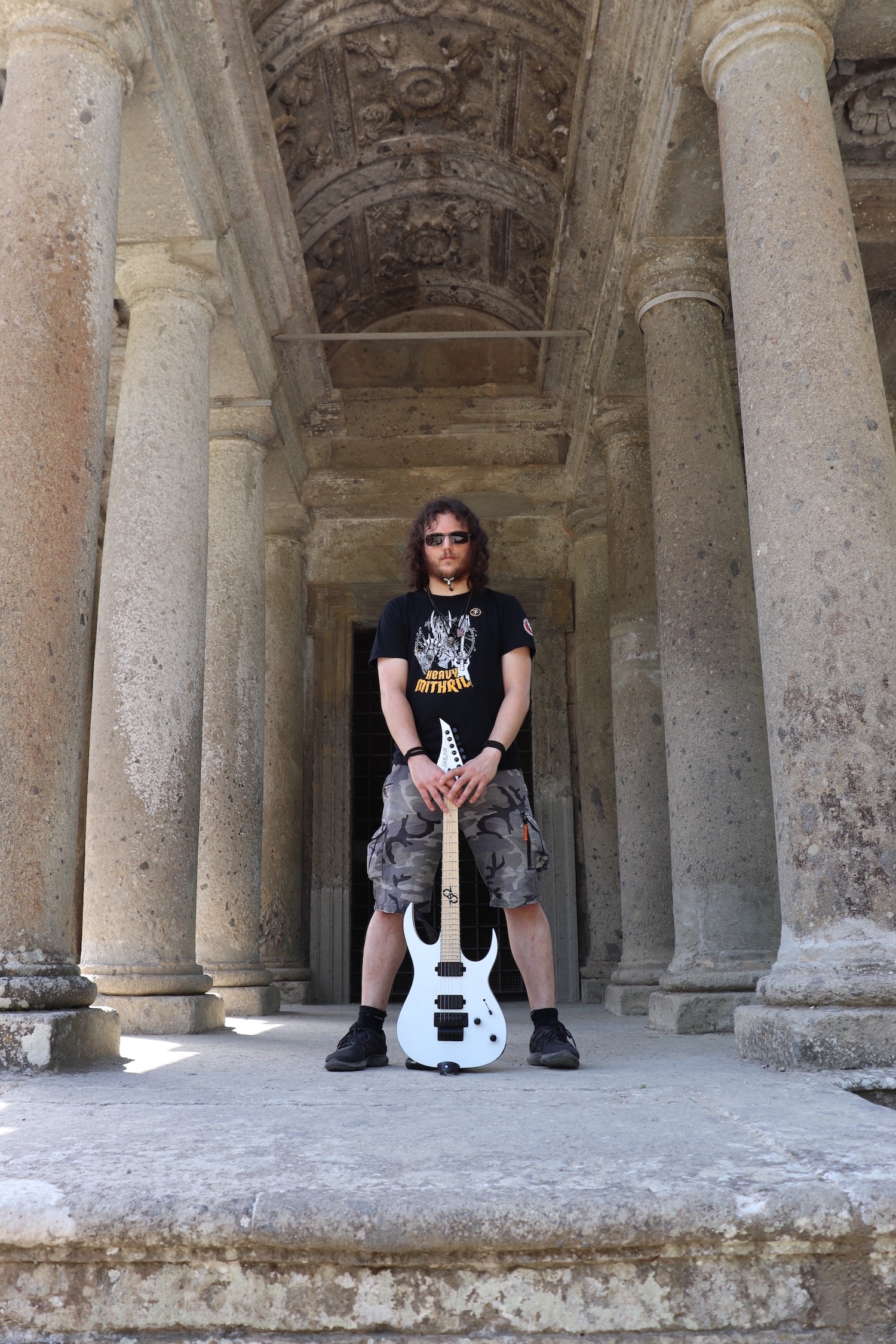 I was born in Rome  in 1987. I fell in love with music and mostly heavy metal when I was in school. I bought my first guitar in 2002 and that is the most life-changing moment in my life.As I took my first lessons I was already trying to write my own material.

Focusing on songwriting I started several bands, the most important of them being Endamaged. We published our first album, “At The Gates” in 2014, followed by many gigs and a tour in the eastern Europe. Meanwhile I kept studying and I decided to became a full time guitar teacher (metal-focused) in Rome.

Besides Endamaged, I recorded and produced a solo instrumental album (“Space Archives”, 2017) and a studio project called The Great Masterstone (“City of Ghosts”, 2016; “Forest of the Forsaken”, 2018).

Endamaged splitting up in 2017, I’ve been on a hiatus for a couple of years.

I recently joined a new old-school-metal band, Nightkill, and also I started a more ambitious progressive metal band, God of Nil, that I wrote a big lovecraftian-like concept for and I’m currently working on a new solo instrumental album, too.