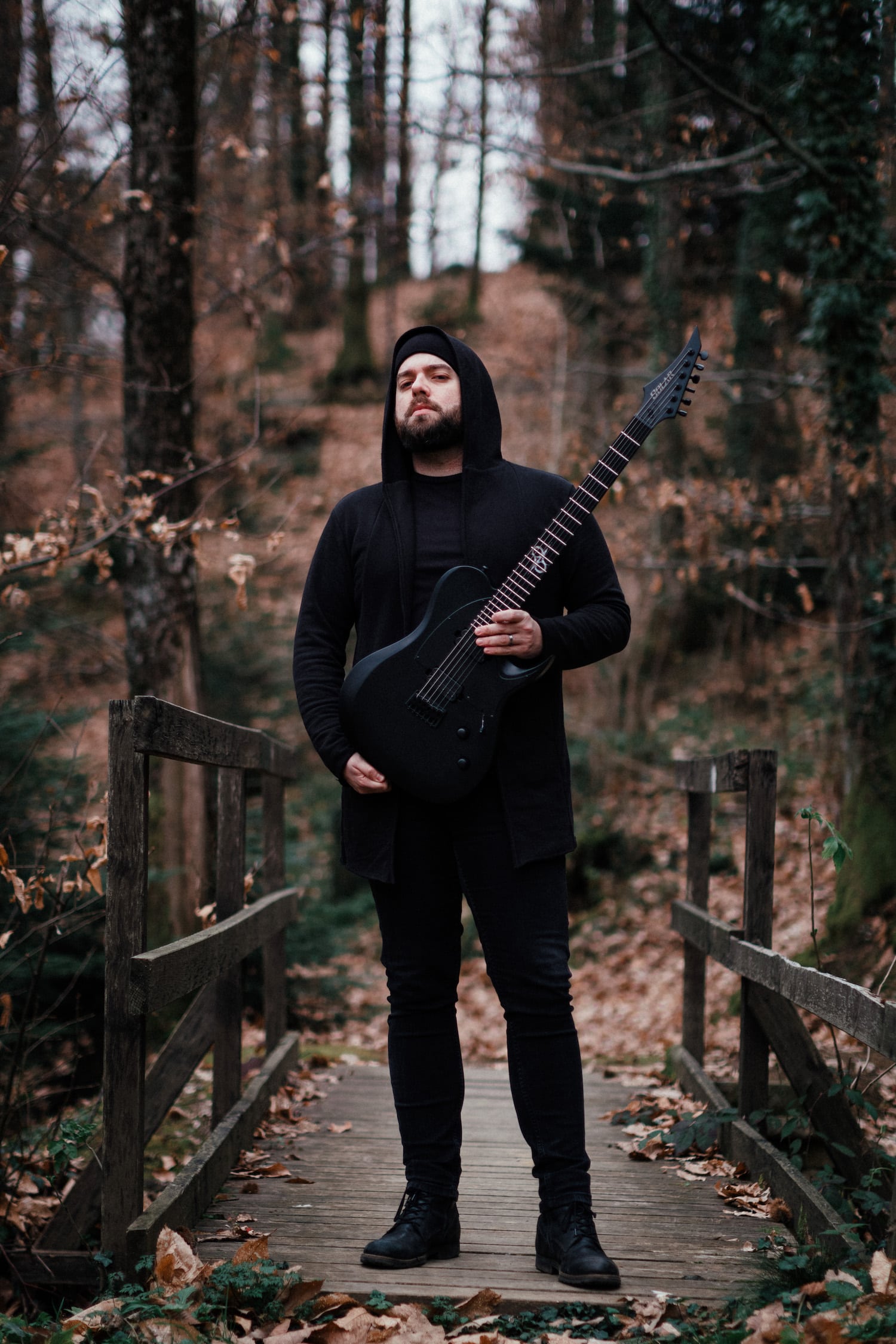 Luca Gagnoni was born in Tivoli, Italy, in 1988 and he started playing guitar at the age of 9 years old. His main guitar influences are Jeff Loomis, Jason Becker, Wes Hauch and bands like Katatonia, Nevermore and Swallow the Sun. He played in many bands during the years, starting with Astral Domine with whom he released an album (featuring Fabio Lione from Rhapsody of Fire) and shared the stage with Michael Angelo Batio, Pathfinder, Vision Divine. In 2015, Luca participated at the official tribute album of Edu Falaschi (ex Angra), titled “A New Lease of Life: 25th Anniversary Tribute – Vol. 1”, together with Tim Ripper Owens (ex Judas Priest), Rafael Bittencourt (Angra) and Ralf Scheepers (Primal Fear). He also collaborated with Claudio Simonetti’s Goblin during the same year.

In 2017 he composed and released the first For My Demons album.
He actually plays in Veil of Conspiracy, a doom metal band formed in 2017, with whom he released two album so far, “Me, Us and Them” (2018) and “Echoes of Winter” (2021), out for Solitude Productions and very well acclaimed by the public and the critics. With Veil of Conspiracy Luca shared the stage with bands like Dark Funeral, In the Woods, Shores of Null.
He also plays in a black metal project, called Svart Vinter, that is about to release an EP. He is endorsed by Swiss Picks, GHS Strings and has been endorsed by Schecter Guitars. Luca has also an intense activity as guitar teacher.