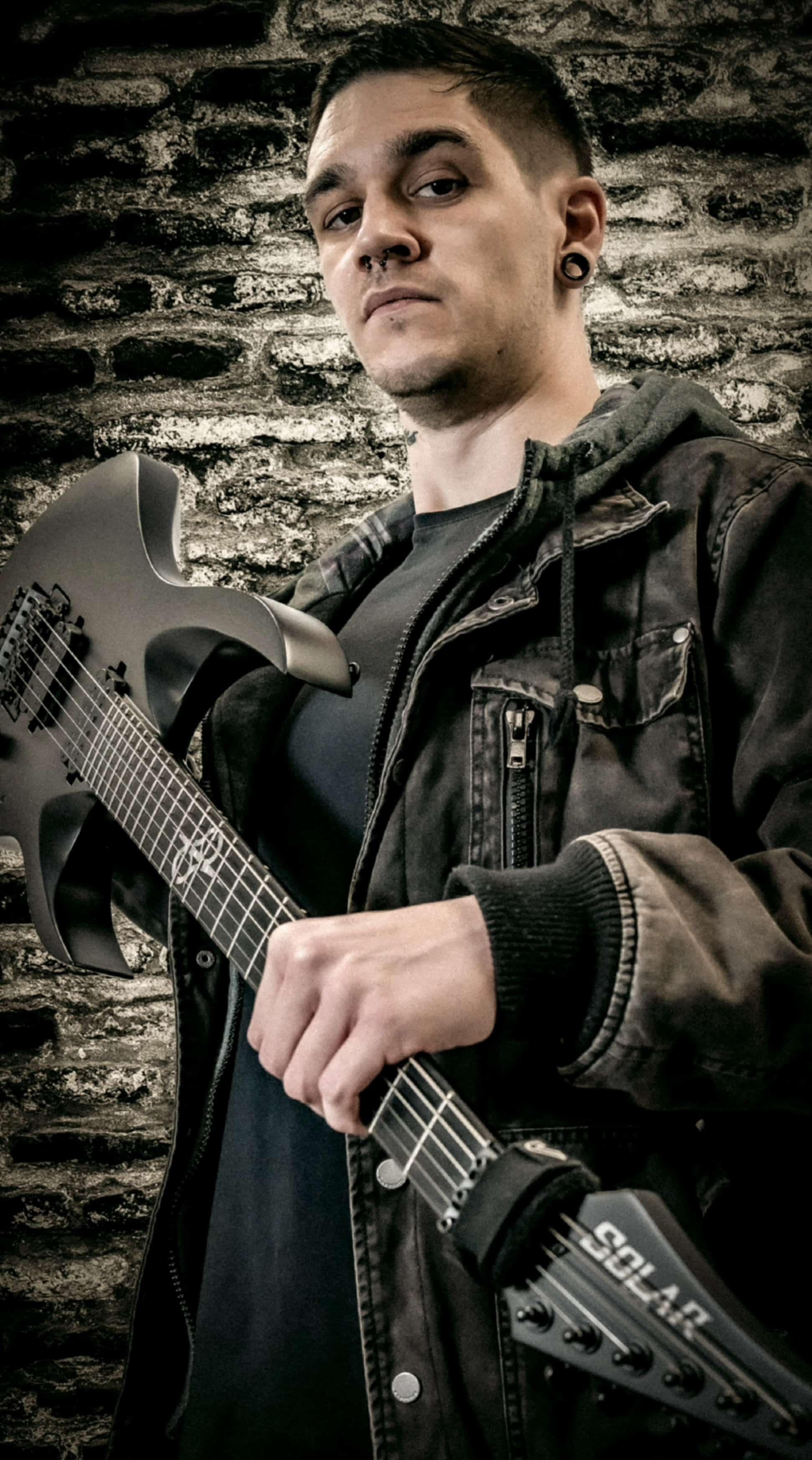 London based Guitarist and Songwriter Lew Berl is known for being a part of the UK Thrash/Hardcore band Dishonour The Crown. After playing in multiple bands since 2005 he found his home in 2013 when he joined DTC. Influenced by bands such as Pantera, Hatebreed and Metallica, his playing and songwriting style was a perfect match bringing along with him fast paced riffs and crushing leads. After the success of DTC’s first album, released independently in late 2018, ’The English Way’ and a tour of the U.K in 2019, he has recently begun the writing process with the band for their second Full-Length release.

After working with other guitar companies over the past 7 years I was introduced to Solar Guitars and instantly fell in love. Everything that was lacking in other brands, for me personally, was found with these guitars! All boxes ticked. Build quality, neck profile, tone, aesthetics, playability…It’s all here! Super excited to take these guitars out on the road and using them in the studio in 2021 and beyond!