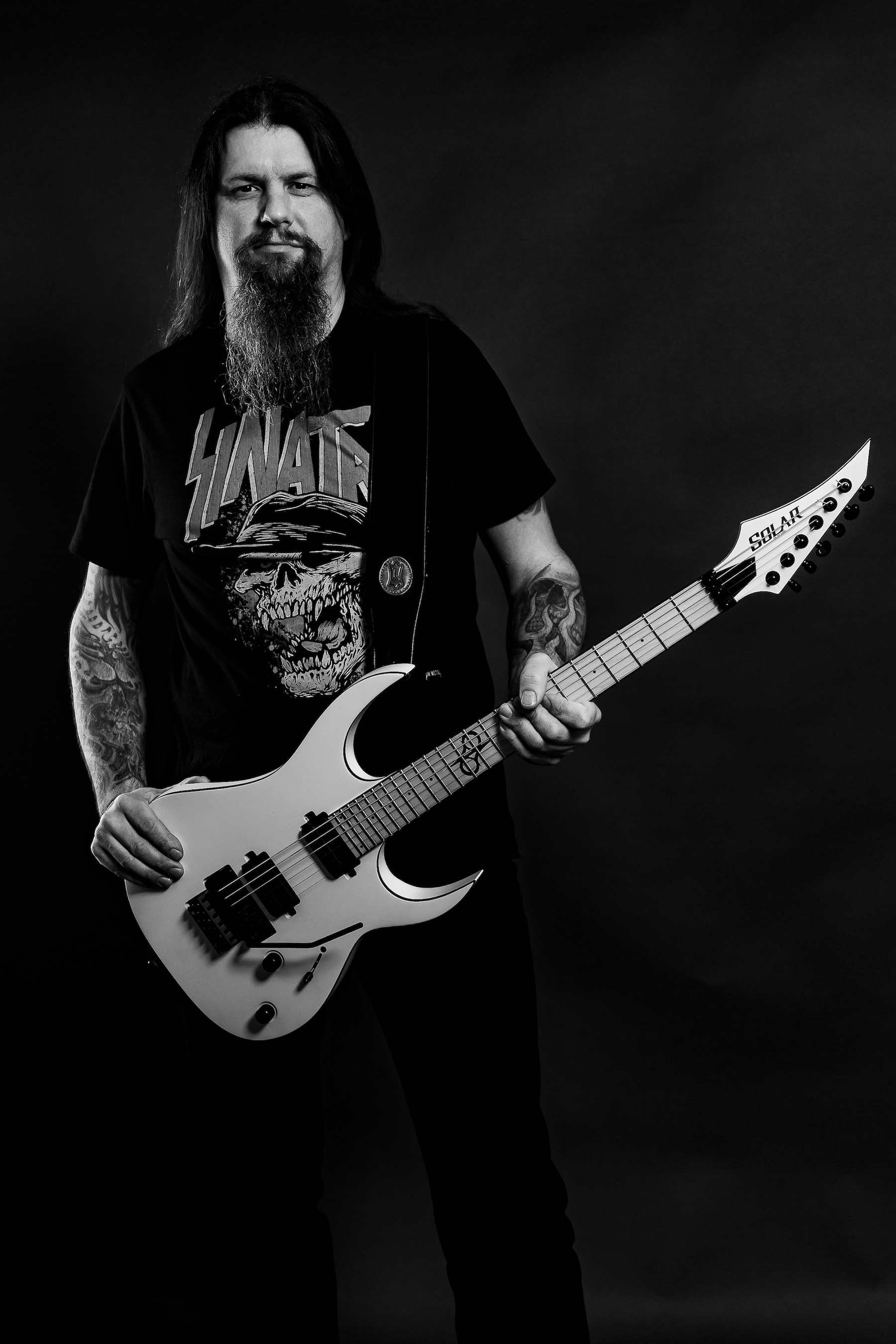 QD is a guitarist from Switzerland.

He learned classical guitar at school.

From the age of 16 he bought his first electric guitar and taught himself the metal guitar playing technique.

After a few years the band was renamed to (aka) profound. In the meantime he still plays in the crossover band 784itch. Later he started the band Mortal Factor. In 2011 he left Mortal Factor and formed in 2012 with Lennon, with him he founded the band Incest, his current band Ministry Of Sin.

At the moment we are working on a demo CD and further concerts.

In the past I have owned several guitars, from cheap to very expensive.

But the solar guitar really convinced me. From the processing to the materials used. I’m very impressed by the sound of the guitar, the pickups and that it has an original Floyd Rose tremolo built in. The guitar feels great in the hand and is excellently finished.

What more could you want!