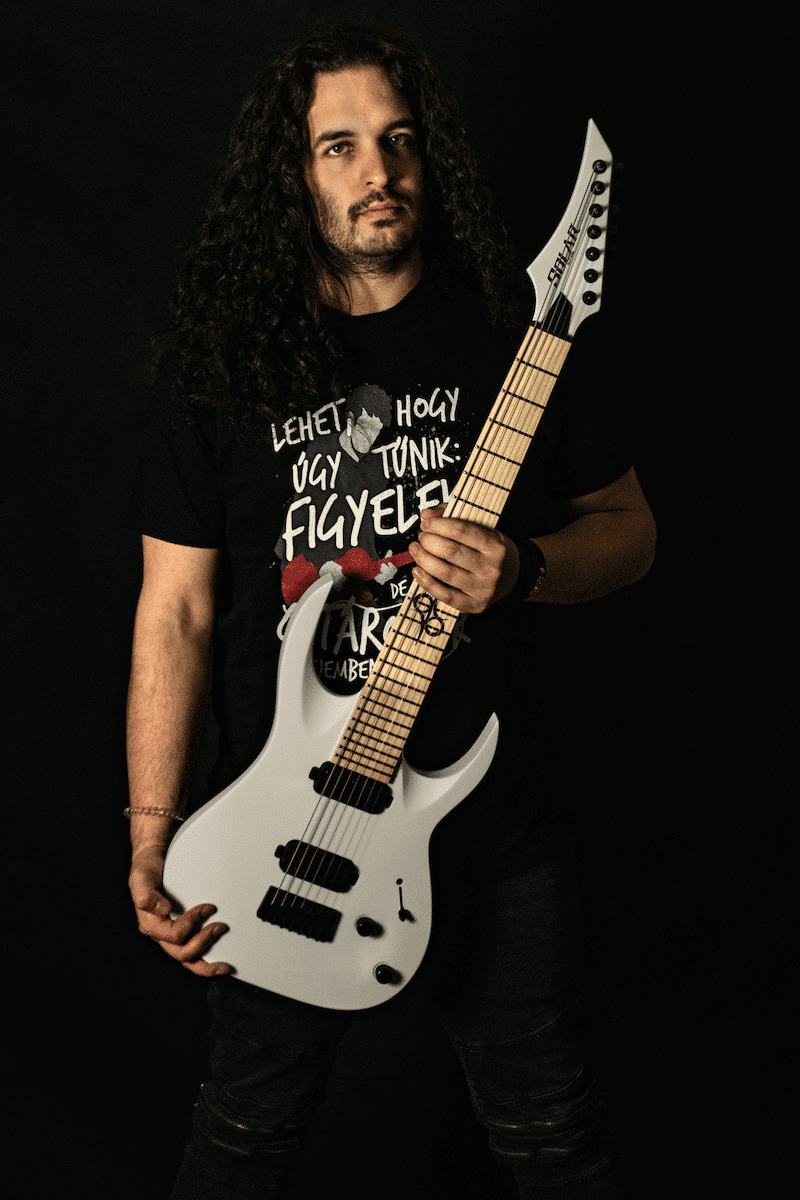 Krisztián Varga is a Hungarian guitarist, who is known for his activity in the bands of Ann my Guard and Tales of Evening. As with Tales of Evening, he has had a chance of playing on his country’s biggest stages and arenas, with Ann my Guard, Krisztián has been actively touring all across Europe, promoting the band’s internationally released albums.

Krisztián was born in Kaposvár, in 1988 and has been playing on guitar since he was a little child. After finishing his studies at the guitar department at the Kőbánya Music Studio, he played in a number of bands such as Salvus, HARD, Niburta, After Crying, Tribute to Remain (In Flames tribute), besides, his true passion is also teaching others. He is constantly involved in other productions, he is actively touring in Europe, and being invited to play on several records as a professional musician.

Krisztián Varga – TALES OF EVENING/ANN MY GUARD On social media