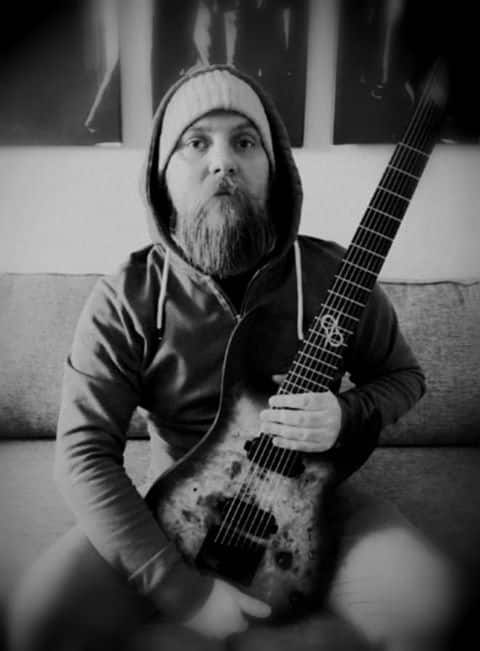 He is a 43 year old boy who loves music and his family. He lives in Södertälje, Sweden with his fiancee and his two kids (18 & 12). He works with printing newspaper and have done that since 1994. He likes to watch on movies and series. He also hates to write about himself 🙂

And now about the band.

Me and the drummer have played together since 1995 (I think), we met in school and started to jam on every break we had. I think we started the band in 2006-2007 with some other friends but back then we called ourselves Oxide (I don’t remember when we switched to one hour hell). We love to hang out with each other, not only to make music. We have been on tour with Persefone and Loch Vostok, this year we started to do some live shows with our friends Carnal Forge and we talked about to go on a tour with them and everything felt awsome on stage, and the ”BOOM” came the Covid-19 and stopped our plans. Just now we are writing some songs and our plan are to drop an EP soon.

Music is a form of  therapy