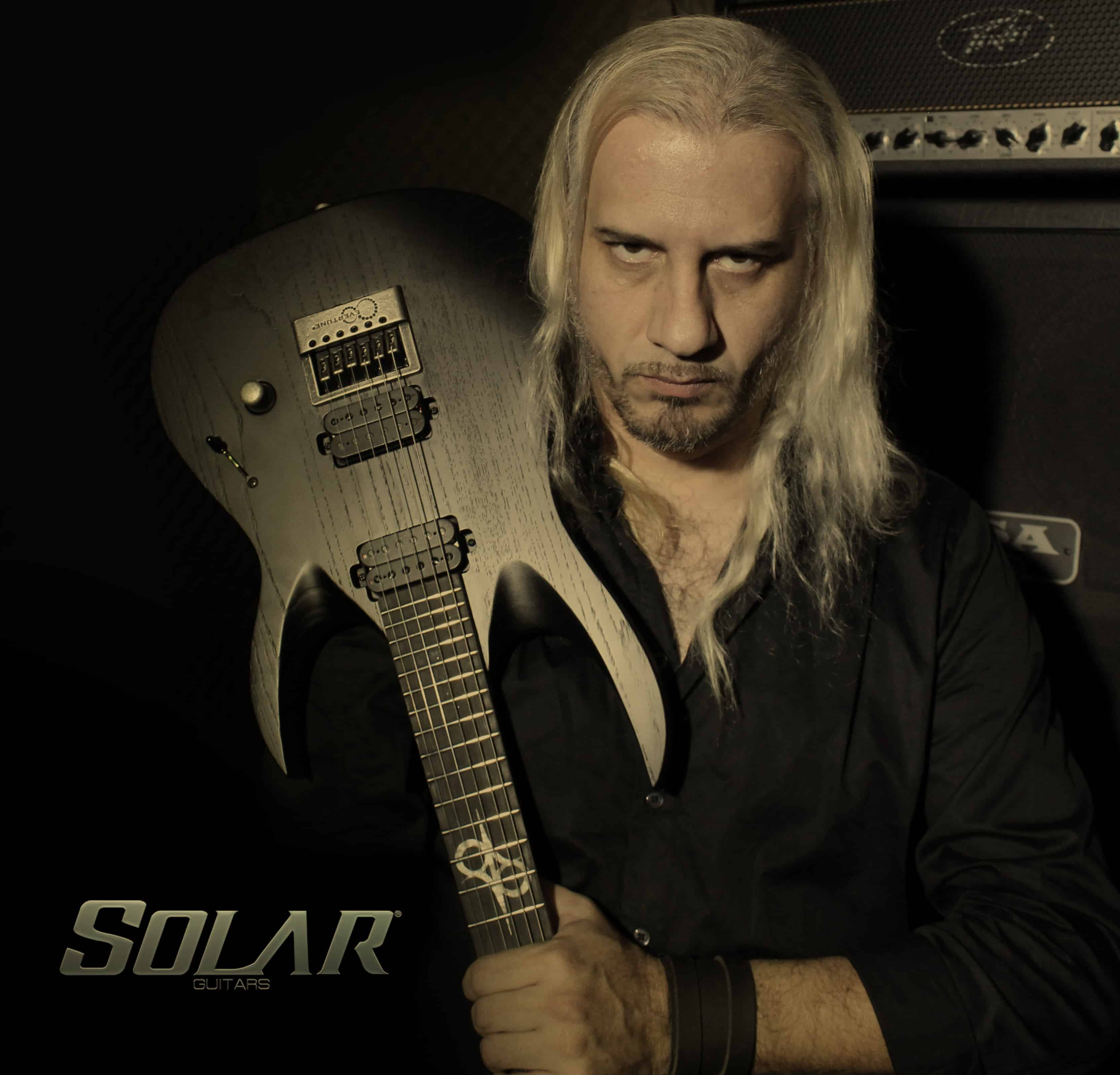 Dah has had a constant and important musical career since 1994 he has worked in top major studios with famous producers, musicians and bands and has performed on European, Canadian and Mexican tours and some of the best metal festivals like 70,000 Tons of Metal, Maryland Death Fest, Domination Fest, Force Fest, Mexico Metal Fest, Lisbon Under the Doom and others.

As an old heavy metal warrior I have been played lots of guitars in the past, the last 10 years only a few was my favorites til now… I met Solar Guitars who gave me a mix of the qualities I was looking for in a guitar an it fits completely with my music and my emotions.