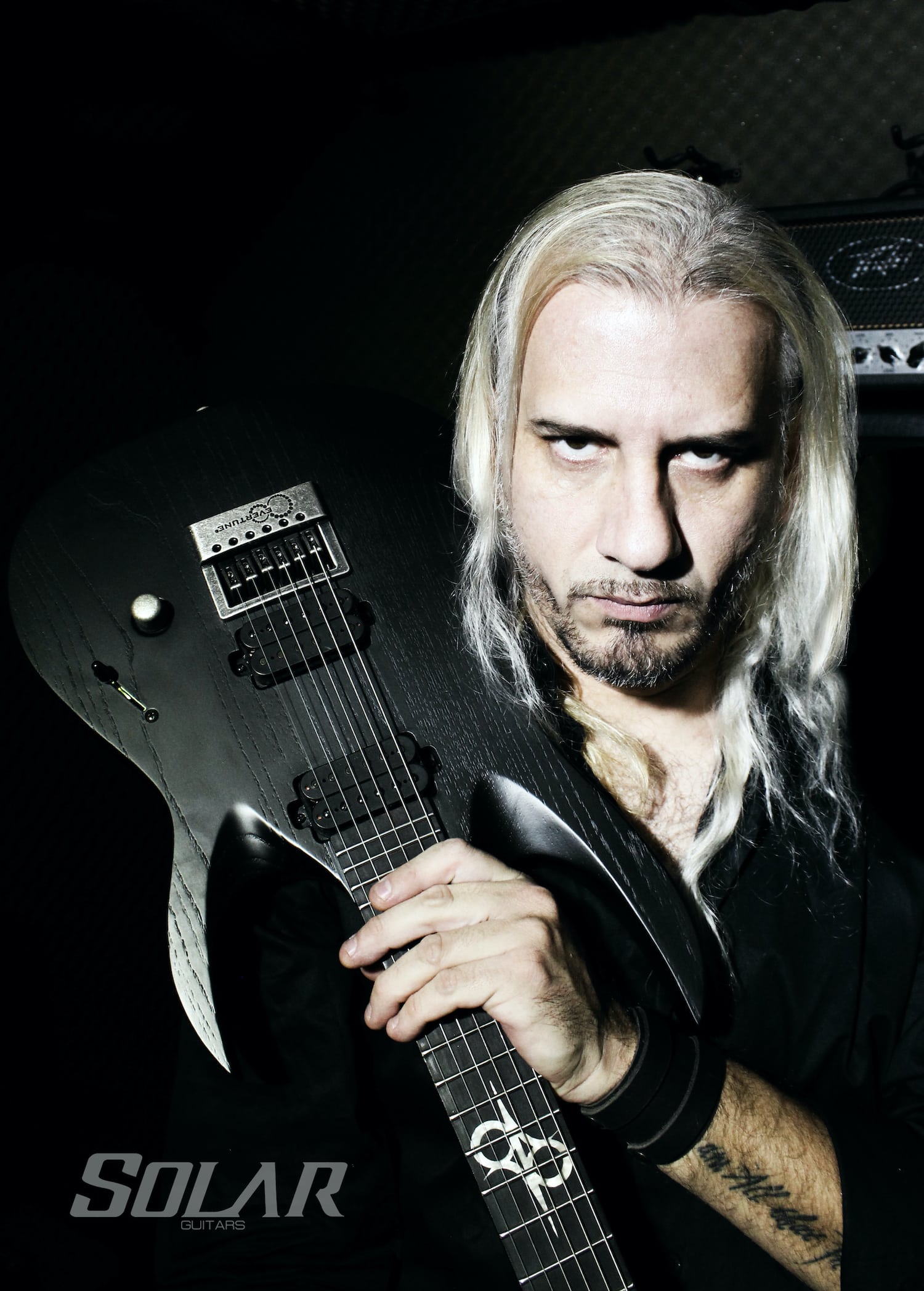 Dah have been worked with many prestiged studios, producers, musicians and bands and have been performed on European, Canadian an Mexican Tours and a few of the best metal festivals like 70,000 Tons of Metal, Maryland Death Fest, Domination Fest, Force Fest, Mexico Metal Fest, Lisbon Under the Doom having a constant musician career since 1994.

As an old heavy metal warrior I have been played lots of guitars in the past, the last 10 years only a few was my favorites til now… I met Solar Guitars who gave me a mix of the qualities I was looking for in a guitar an it fits completely with my music and my emotions.