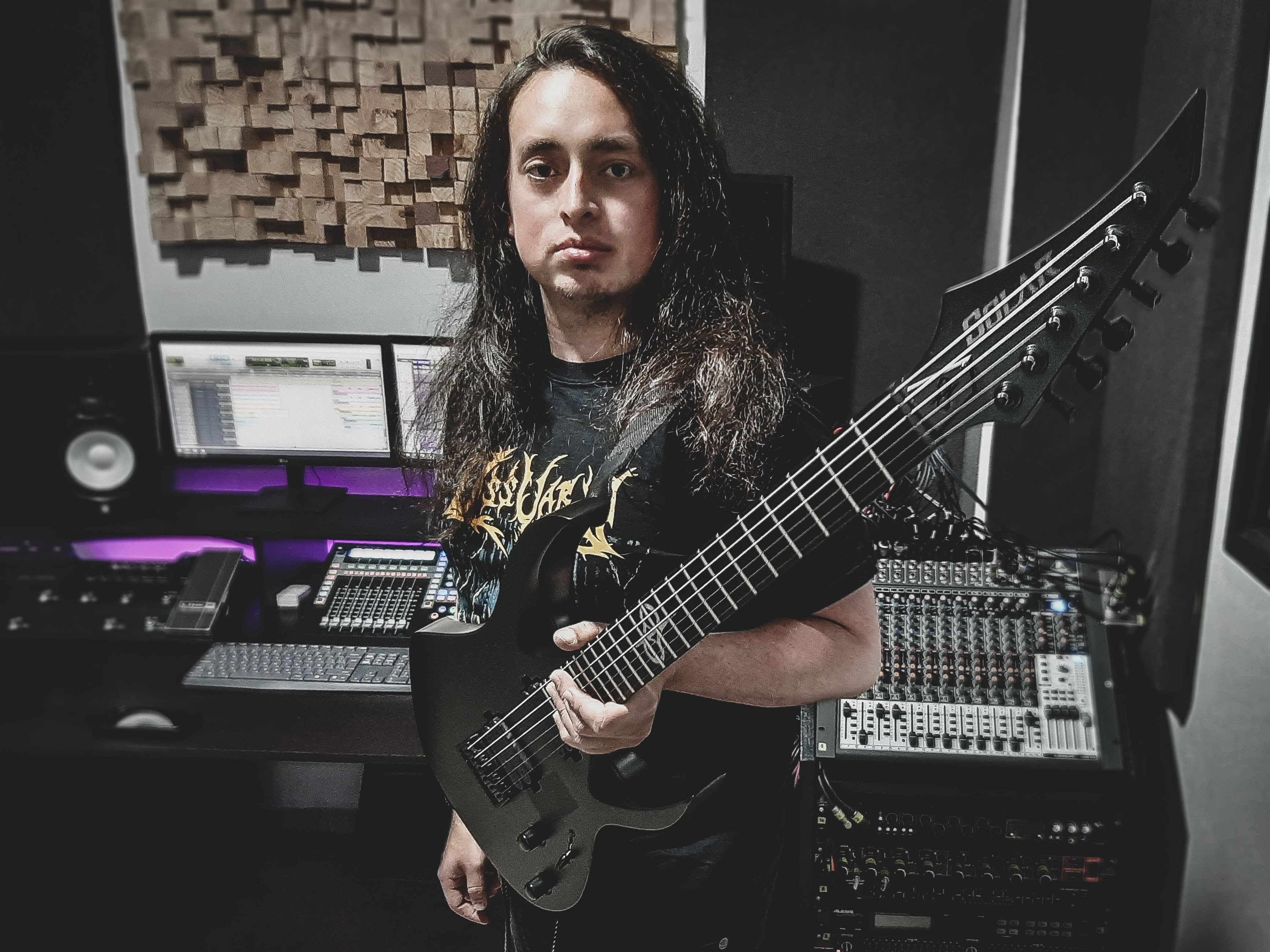 Juan Esteban Sánchez is a Guitarist from the city of Rionegro Antioquia Colombia, where he began his career as a musician, and music producer,

He currently works in his own recording studio called: Studio 440Hz.

Guitarist of OSSUARY, a band belonging to the North American style death metal old school genre, in which he has been working since 2012 with which he has managed to record 3 recordings:

Also a full album from his other death metal band, INTO THE THE FUCKING GRAVE.

He has developed great skills in the field of music, especially in the death metal genre, throughout the career he has had the opportunity to work and perform hundreds of shows with his band in Colombia and some countries in South America, always giving his best and enjoying every second on stage.