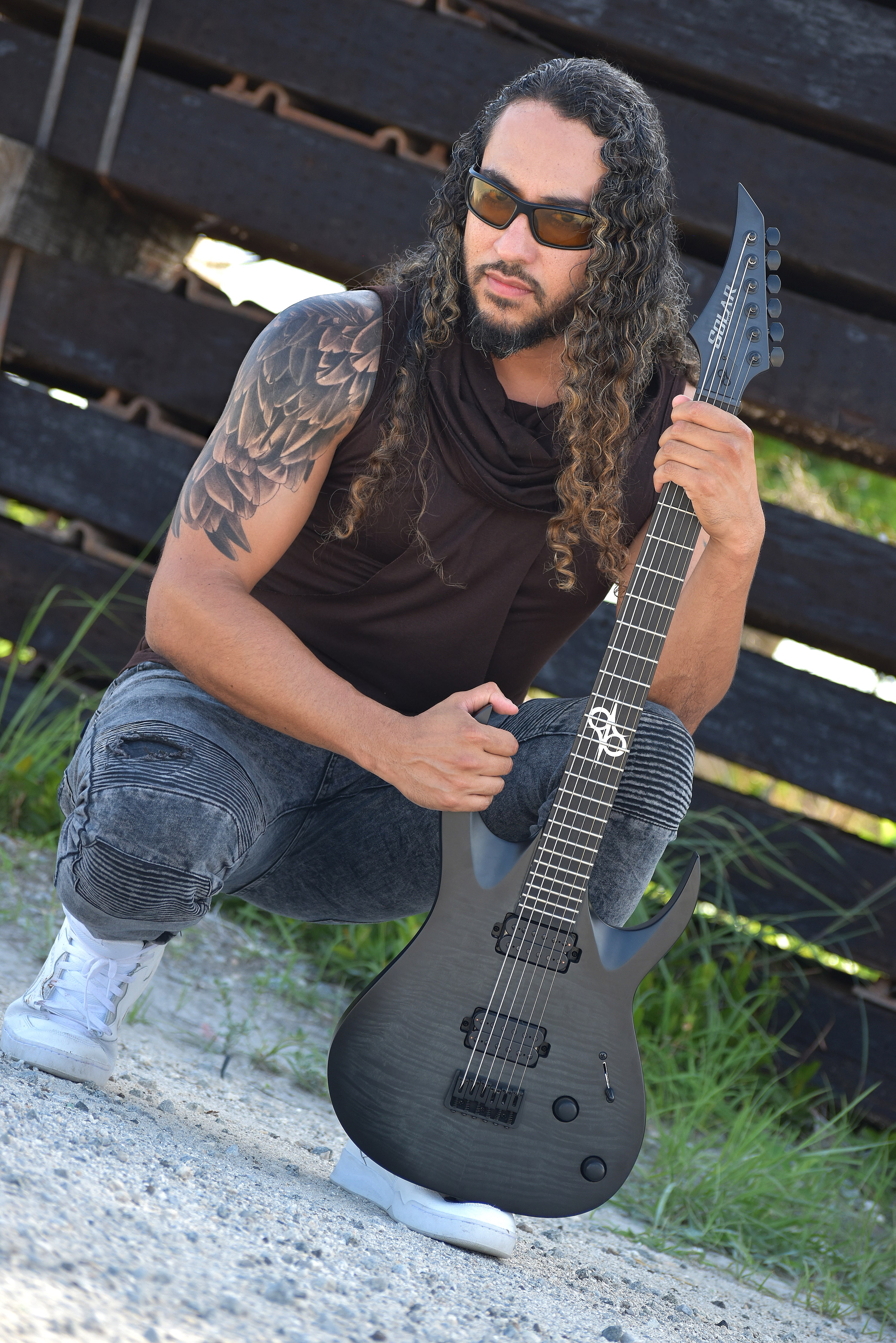 Juan Cano is a guitarist / vocalist and composer was born in Colombia, SA, dedicated over 24 years to compose songs for his death metal band called NO RAZA, which he founded in 1997 and until today has been one of the most representative bands of the gender in Colombia and Latin America. Throughout his career as a frontman, he has had the opportunity to share the stage with Well-known world-class artists such as: BEHEMOTH, SUFFOCATION, DEMOLITION HAMMER, ABORTED, DECAPITATED, DEICIDE, VADER, CRADLE OF FILTH, NAPALM DEATH, SEPULTURA, IMMOLATION, RHAPSODY, MUNICIPAL WASTE, HAMMERFALL, ROTTING CHRIST, FLESHGOD APOCALYPSE, AT THE GATES, BELPHEGOR, CHILDREN OF BODOM, INCANTATION, SODOM, EPICA, ICED EARTH, MOONSPELL, BLOODBATH, CARACH ANGREN, etc.

In addition, his experience has led him to participate in important festivals worldwide in the field of rock and metal such as:

Juan is currently working on the compositions for the upcoming NO RAZA album that will be recorded very soon, the plan is to use a guitar brand that fits the sound characteristics that are sought for this album, in the same way the aesthetic part is also essential in live performances, since he is looking for a guitar that combines very well with the textures and colors of the costumes he uses on stage at live shows.

Due to his experience and professionalism, Juan Cano can be a great exponent and excellent representative for Solar Guitars, proudly promoting and taking the brand to other latitudes.