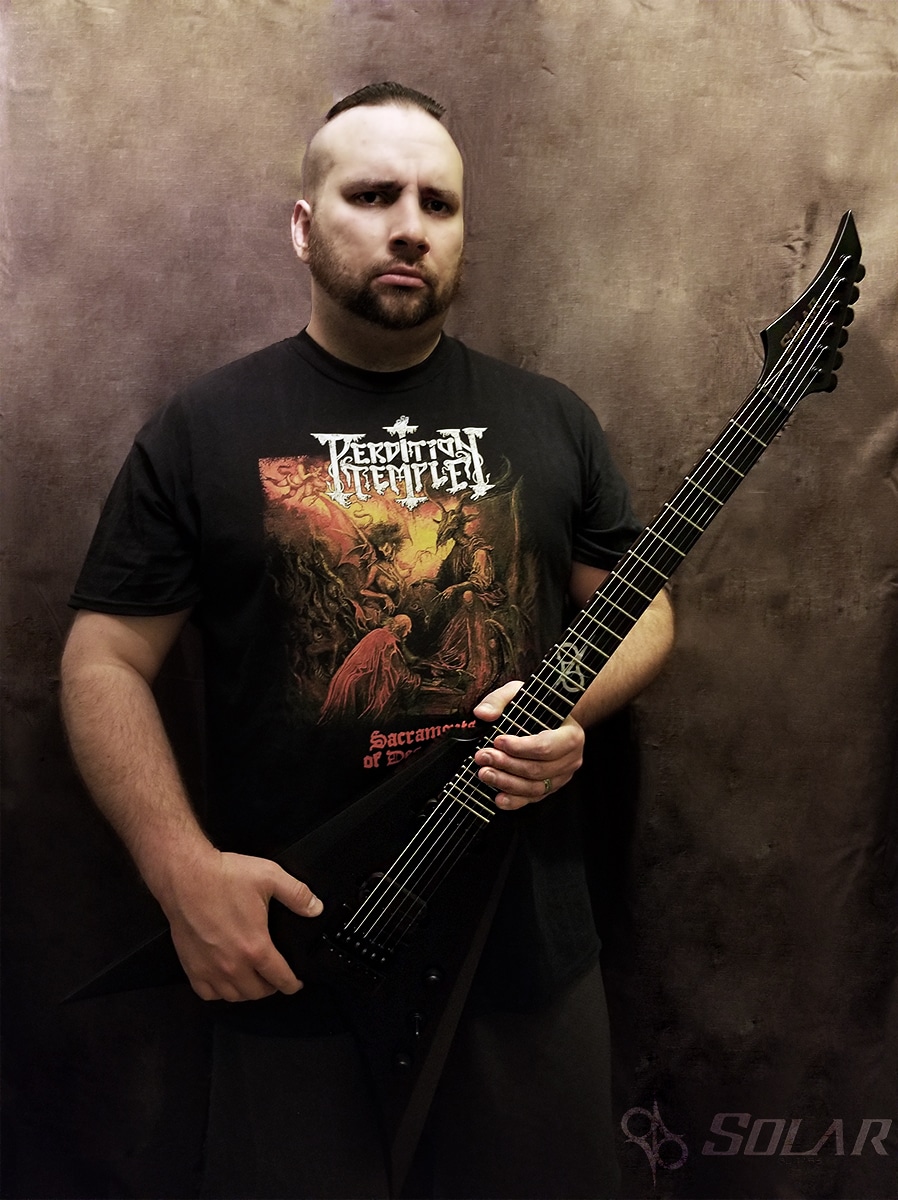 With over 17 years of experience, Josh has been performing on stage all over the continent, touring the United States and Canada extensively. He is currently a part of 2 major projects, his main band, Lecherous Nocturne, and a newer project, Adversarian. Lecherous Nocturne has been active for over 2 decades, taking part in full North American tours with bands like Cannibal Corpse, Decide, Immolation, Rotting Christ, and many others. After releasing 2 albums on Unique Leader Records, the group signed a deal with Willowtip Records, who released their most recent effort, Occultaclysmic. Outside of this, he founded the group Adversarian, which also features members of Monstrosity, Unmerciful and Nader Sadek: In the flesh. This group is currently working on their debut release.

I am honored to be a part of the Solar Family. The quality of the build is only rivaled by custom models, and I look forward to an extensive relationship with the Solar brand.