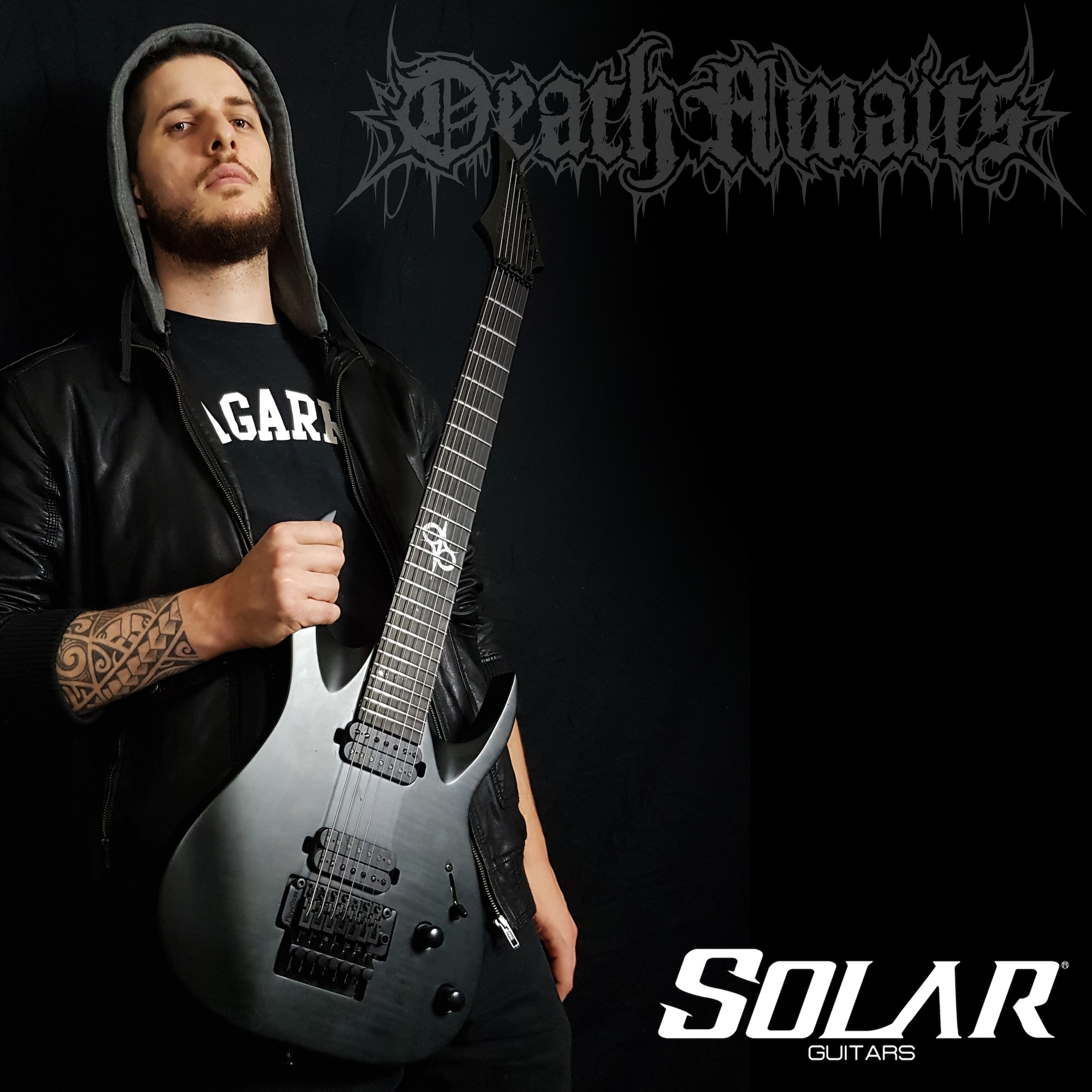 Having played many years within underground acts such as Dead Talking Mind and The Arisen alongside renowned drummer Kévin PARADIS, French guitarist Jordan BONNEVIALLE joined the death metal powerhouse DeathAwaits in 2014. Jordan’s core influences revolve mostly around the modern metal scene (Trivium, Lamb of God, Thy Art Is Murder, Revocation) and while having discarded the most technical aesthetic of his previous projects, his playing remains focused on power, versatility and ferocious riffing. DeathAwaits is currently touring Europe defending their critically acclaimed 4th album entitled Rapture Smites, which has established the band as a rising force on the French metal scene. With both guitarists geared up with Solar® equipment, DeathAwaits are ready to unleash their devastating Thrash/Death onslaught to international stages.