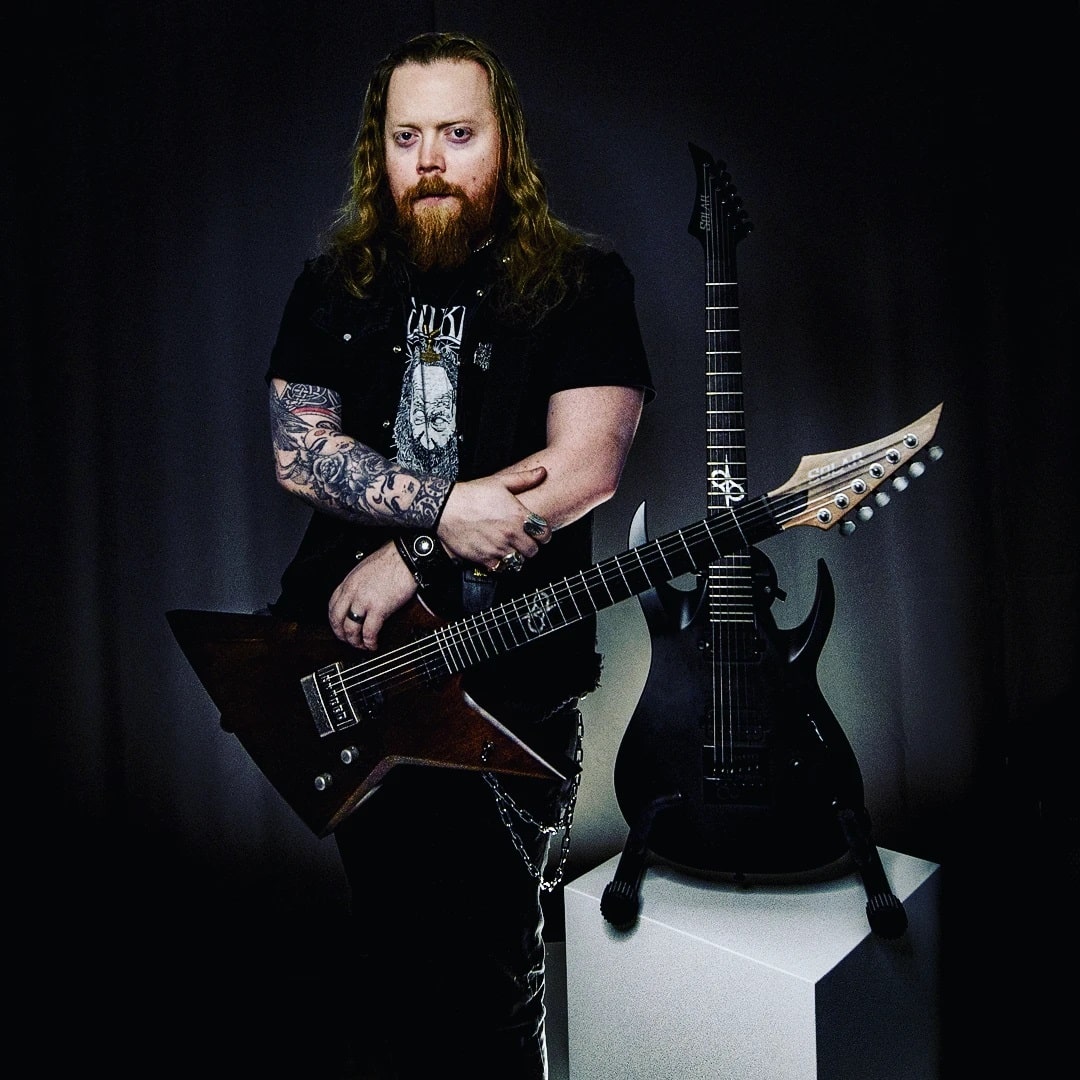 Meet Jonathan Aagaard Morheim, guitarist of SCREAMER and SHAKEDOWN SUZIES. Mortensen began his career in small projects before co-founding THE EMBODIED (2006-2021).
Hailing from the woods around lake Wettern, Mortensen is inspired in his song writing by the folk lore and such greats as John Bauer.
After two celebrated album releases with The Embodied and two with Shakedown Suzies, Mortensen was recruited to SCREAMER where he now wields the power of his Solar guitars.

“The Solar guitar is the right machine gun for riffing it out, enjoyable to the very last millimeter of creative juiciness”