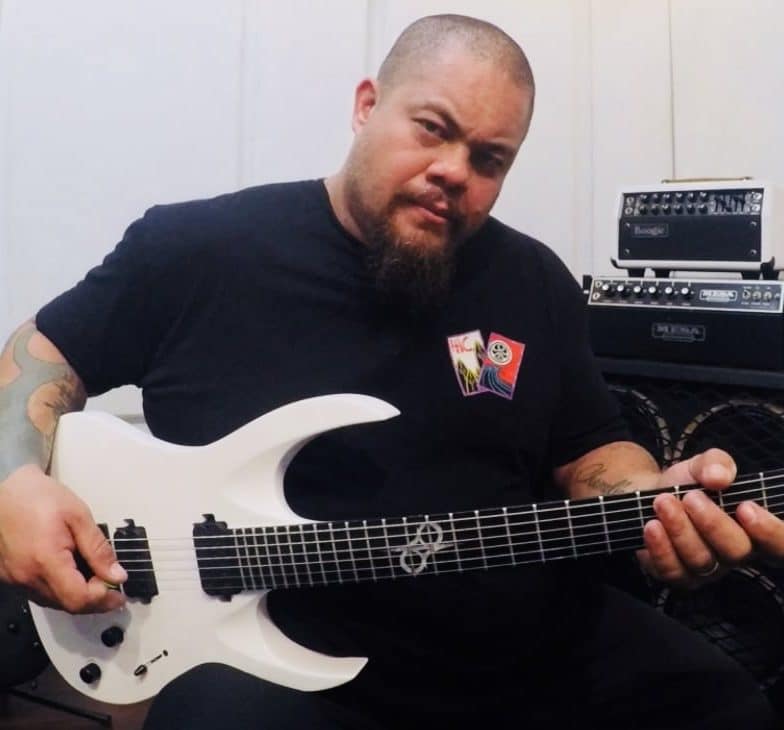 I play Melodic Metal with my Wife Blue Augustine (She plays 5 String Bass and does Vocals in the band hoping Solar starts a bass line;)) in the State of Hawai’i on the Big Island. We started our own recording label & studio, Made In Pain Records. Our band has released 2 Metal albums, Cinematic Masquerade(released by Sony Music & Universal, featured in Terrorizer Metal Magazine) & A Winter In The Void.

My Guitar playing is primarily focused on Tasty Rhythms, Captan Crunch Riffs and Spider action on the Fret Board.

Hawaii’s Metal Scene is alive & well, I have been honored to be a part of bringing Metal out from the underground belly of the Big Island, opening for Testament, Killswitch Engage, Cannibal Corpse, and many local Metal bands. Augustine 313 has become a well known Hawaii Metal band In all the islands , we are future looking headed out into the World.

Along the journey got picked up and endorsed by Mesa Boogie, EverTune, and Aero Instruments. Thanks to Ola & Solar Guitars for the inspiration to write more kick ass Metal from the Island with the active lava flow. We are Hawaii’s Metal Monarchs!!! Mahalo Solar Guitars:)

“Solar Guitars are geared to be every Metal Guitarists Axe of choice, they have the right feel, quality, and inspiration.

Started writing from the first rip, oh the places we will go.” Thank you Ola!