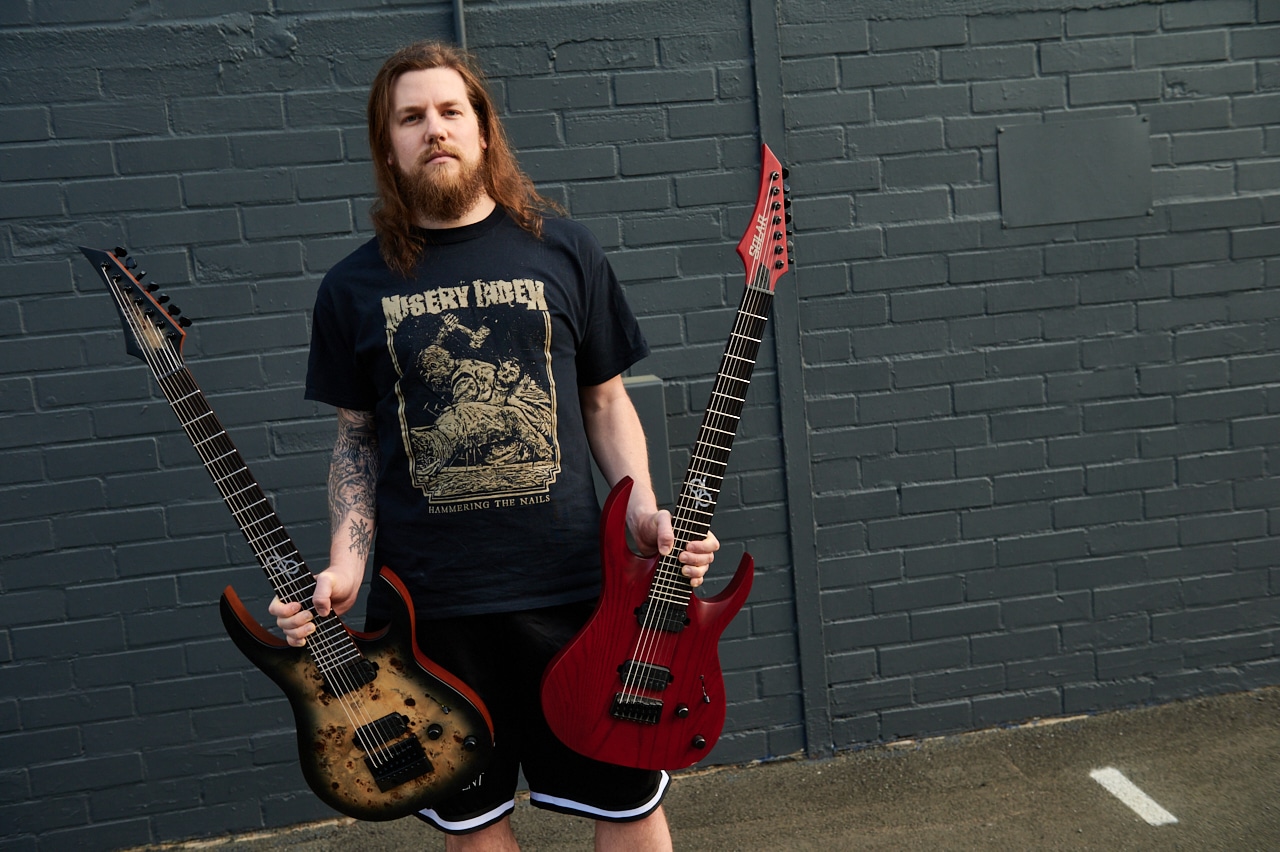 I was born on 1th July 1986 and I am a deathmetal guitarist playing in Stillbirth and Obsolete Incarnation.

I started my musical career when I was 5 years old by playing the flute. I had a classic musical education and played in several orchestras for over ten years. When I got older I realized that this isn’t what I wanted to do any more due to my musical taste.

I grew up listening to a lot of classic- and hard rock and on some point I was introduced to Deathmetal and I was fixed.

So I started playing Guitar when I was 18 years old.
I joined my first band By Brute Force in 2007 and played there for almost three years, gaining a lot of experience.

Currently I am touring/playing shows with both bands (around 60-80 shows a year, not counting 2020 of course) all over the world.
We will release a new album with Stillbirth in August 2020, Obsolete Incarnation to follow next year.

From the beginning I noticed that this is my guitar. The feeling, playability, sound and workmanship are just great. That they look amazing on top is a bonus. Perfect guitar for touring metal artists.