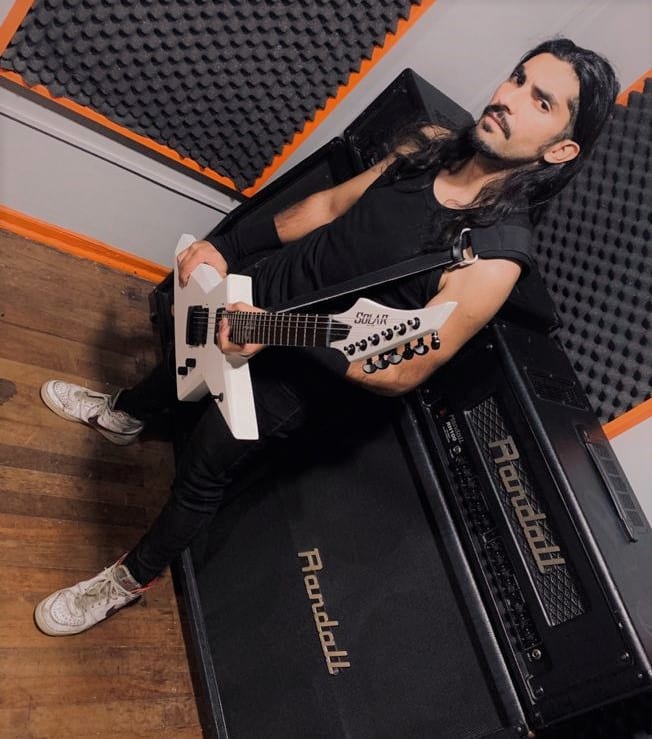 Ignacio has grown listening to many rock legends, like many of us, the classic rock bands.

He started to enjoy this loudly world being frontman,vocal and rhythm guitar of a cover bands who opened the way of Speed and heaviness in rock music, so he raise his first cover band of Thrash Metal when he has 16, with his first electric guitar who was a gift from his sister, he began to know the music world.

The devil has started his career through him.

When the covers Era was ended, Ignacio was looking for something else, a real original band who transmit the emotions that Ignacio wants to transmit and not someone else’s.

In 2015 borns Assylum, his Chilean Thrash Metal band. By the hand of Ignacio, being frontman, vocal and rhythm guitar of this band formed by friends, they know many stages of Santiago. During those years, In 2018 they release their first album called ”Terror”, speaking of all the injustices known by man, betrayals and emptiness of the soul.

The album had good reviews around the world and the band knows that something of justice has been served for the Thrash Metal music.

Taking the 80’s classic Thrash Metal to the audience, in 2019 Assylum met regional stages and began to explore new experiences out of the capital.

By the moment of quarantine, Assylum has entered the studio to bring to the audience a new full album with a new heavy and mature sound.

Speaking for Assylum’s Thrash Metal is Ignacio’s voice and his amazing Solar guitar.

”Life is too short for those who wants to live it”