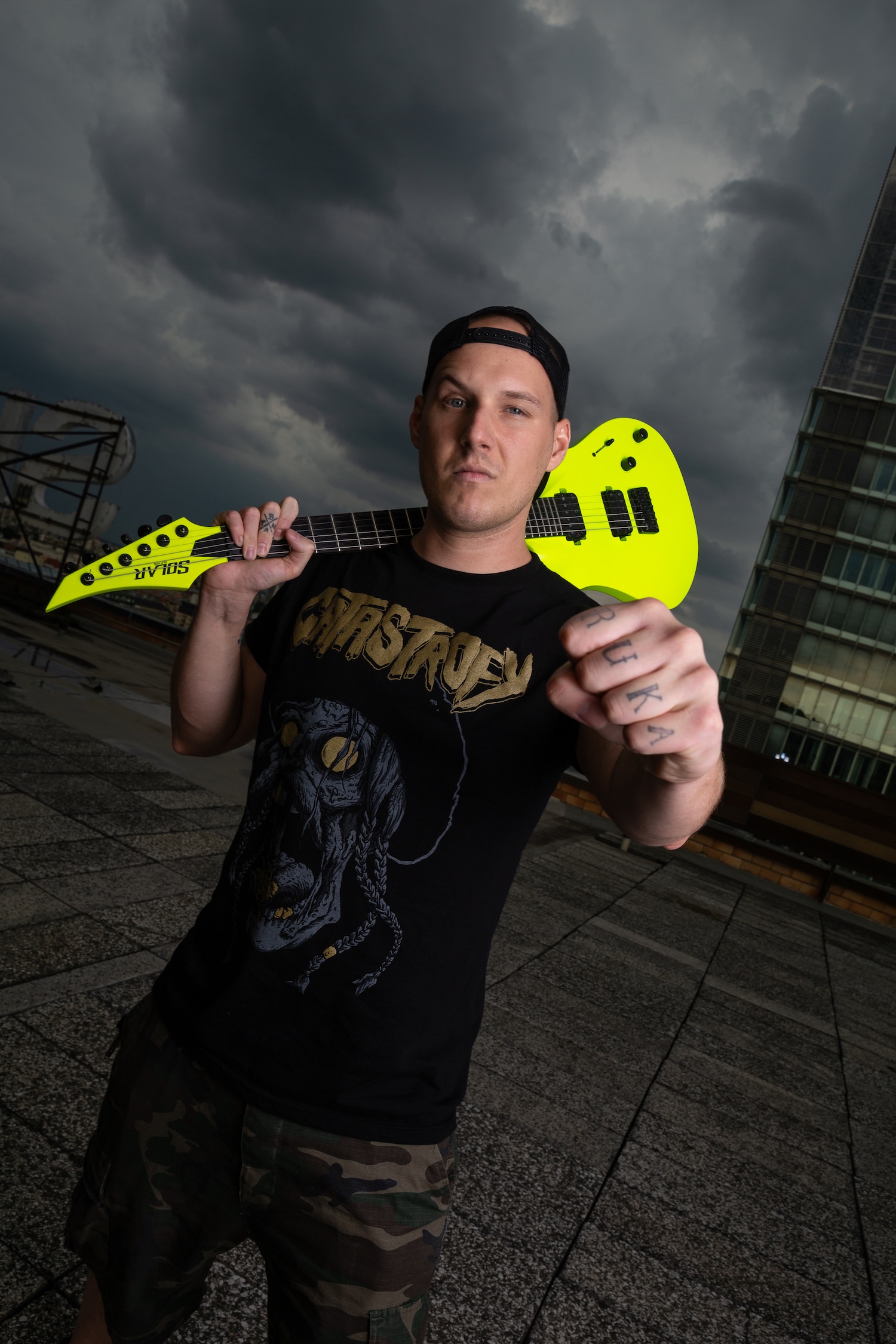 Hrajruka Jano was born on steep hills of Carpathian hills in Slovakia.

The first thing he ever saw when he got from his cave was a piece of wood.

He got a great idea. Took some grass, bound it together with the piece of wood and made himself a guitar.

That was not enough for him, so he went to the nearest village where some other beasty dudes played a gig.

It was a band called Catastrofy. So, he joined them and so the story begins.

The year was 2005 when Catastrofy was first formed and Hrajruka Jano joined them in 2011.

It took as long as ten years to gain actual recognition in metal underground.

Catastrofy have gone a long way since their formation and after a few changes they have stabilized to be five mates who enjoy metal with sharp sound of guitars, drums and instruments such as violin, fujara or Jew’s harp.

All that makes their thrash metal music even more interesting.

They refer to themselves as the crew of bandits, which is also the central topic of their witty yet socially engaged lyrics.

Band made an album and some singles in English language but in 2012 they all decided that they will switch to their native language.

And so, in 2013 they did their first album in Slovakian called “Tento štát sa musí zničiť” (This state must be destroyed).

In 2015 the band made their first really successful album called “Zbojnícky Tanec” (Bandit Dance) that was followed by second called “Besnota” (Rabies).

Through the years they had the pleasure to play festivals like Obscene Extreme, Brutal Assault, Pohoda Festival and share stage with bands like Testament on their stop in Bratislava.

The music is hard like the stones falling from the Devin castle with Slovak lyrics full of furiousness but also great humor that is present also in their funny music videos.

There is many webzines which wrote o lot about us, but most of them is in Czech or Slovak language. But I found this one in English : https://www.rubberaxezine.com/catastrofy-besnota-album-review/

From the beginning I knew this guitar is superb, The looks are brutal, sound is amazing and the neck is the best I ever played. Oh my god… the neck is so comfortamble! There was no need to set up the guitar for my playing style. I just unpacked it, plugged it in and it was an instat love. Just get one and you will never regret it!