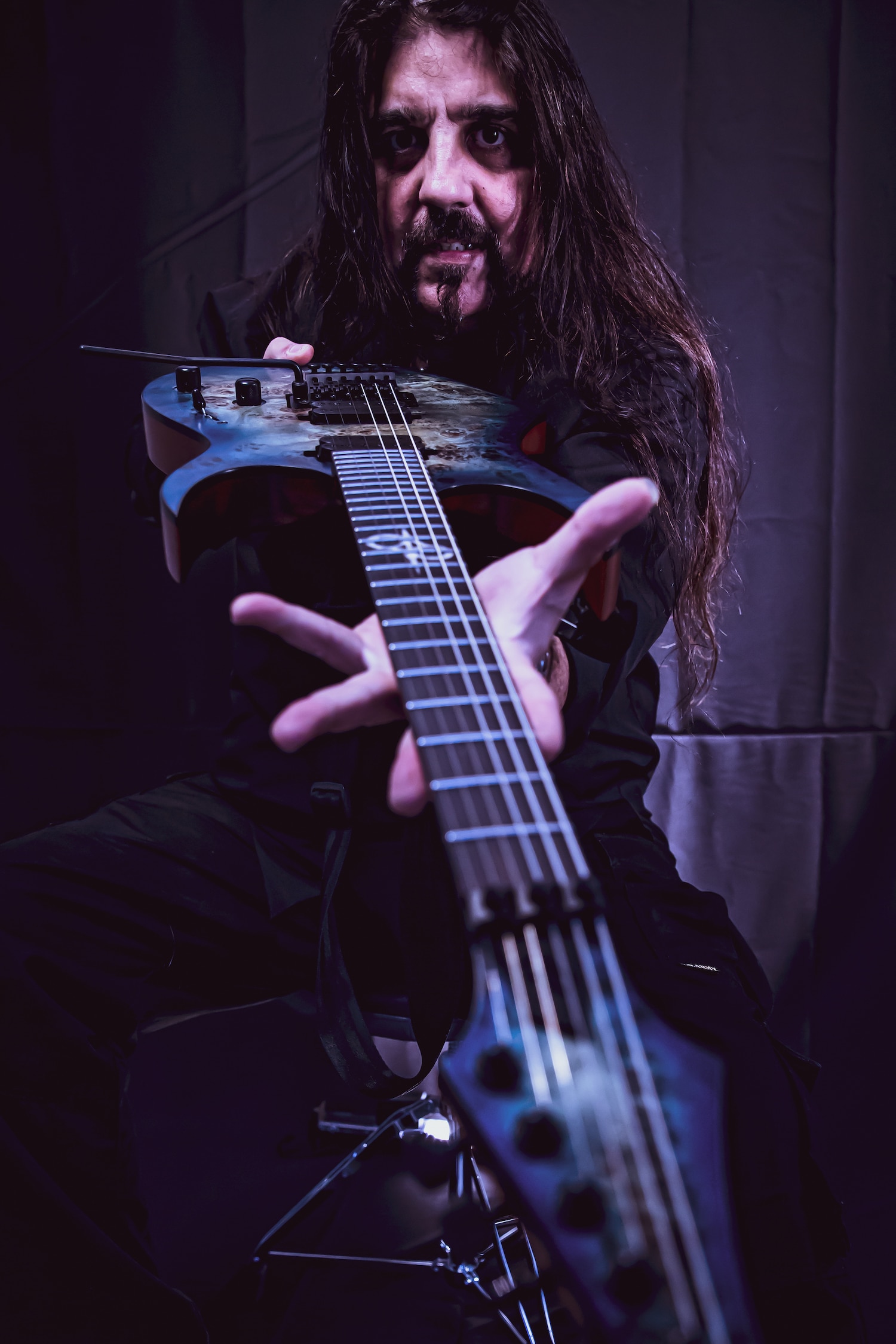 Born in Sao Paulo, in 1970, Heros Trench has played in several bands of metal scene, and since 1998, he plays in Korzus, one of the biggest Brazilian Thrash Metal bands.

He already played the most important Brazilian festivals, such as Rock in Rio, Porão do Rock, Abril Pro Rock and Sepulfest, playing at the same stage as artists like Slayer, Slipknot, Megadeth, Cradle of Filth, Exodus, and many others. All this history provided him the opportunity to star great Brazilian TV programs, as well as interviews in the best magazines, including Guitar Player.

Heros is also a musical producer, and sound engineer that owns a recording studio with great reputation where he has produced more than 300 bands, highlighting Oficina G3, which resulted a Latin Grammy Award in 2009.

Since 2018, Heros also plays in Armored Dawn, a metal band that is growing strongly, and is gaining fans wherever they go. Over these two years with Armored Dawn, he already toured in Europe, played at Rock in Rio, and at RockFest, where he performanced for more than 20 thousand people, and shared the stage with Europe, Helloween, Whitesnake, and Scorpions.