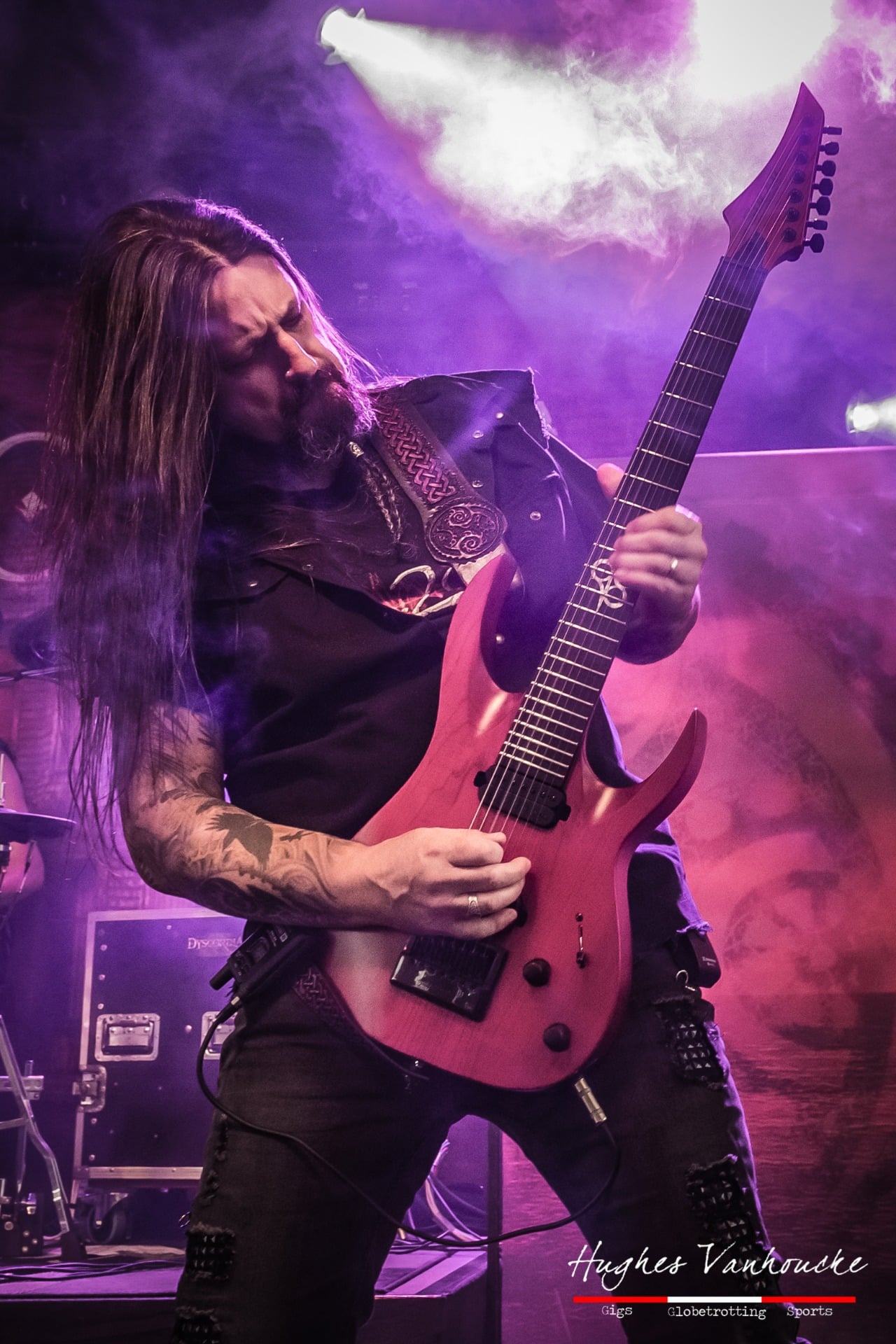 Dyscordia is a Progressive Melodic Metalband from Belgium. The band consists of long-time Metal veterans who where the driving force behind bands like Gwyllion, Double Diamond, Artrach, Anesthesy, Impedigon and Rhymes of Destruction.

Their first EP, ‘Reveries’, was released in the fall of 2010 and – together with their strong live reputation – earned them support slots for bands like Primal Fear, ReVamp, Ensiferum, Alestorm and At Vance, and a deal with Road Mark Productions.

March 2013 marks the release of ‘Twin Symbiosis’, the first full-length album mixed and co-produced by Jens Bogren (Opeth, Paradise Lost, Katatonia,…) and mastered by Tony Lindgren at the Fascination Street Studios in Örebro, Sweden. That same month, Dyscordia wins the ‘Metal Battle Alliance’ contest out of 65 European bands, earning them a spot at PPM Fest and Dokk’em Open Air.

The first full album was followed by a lot of extremely positive reviews and resulted in the band playing more and bigger stages. One of the band’s personal favorites was the appearance at Graspop Metal Meeting, which was also very well received.

Early 2015, the band started to record the follow-up to ‘Twin Symbiosis’. One cover of Sonata Arctica’s ‘My Land’ was recorded for the tribute album released by Ouergh Records, and ten songs were recorded for the new album. ‘Words in Ruin’ was released in 2016, and three songs were released as a videoclip, which can be watched below.

The album was also mixed by Jens Bogren and mastered by Tony Lindgren, resulting in the wall of sound fans have come to expect of Dyscordia. Another stretch of live performances followed, including Alcatraz Metal Fest and Summerbreeze Open Air.

In 2019, the band returned to the studio to record their third full-length album ‘Delete / Rewrite’ with the same team that was responsible for the production of the previous albums. A videoclip for the title song preceded the album release in January 2020, proving the band had raised the bar for themselves once again..