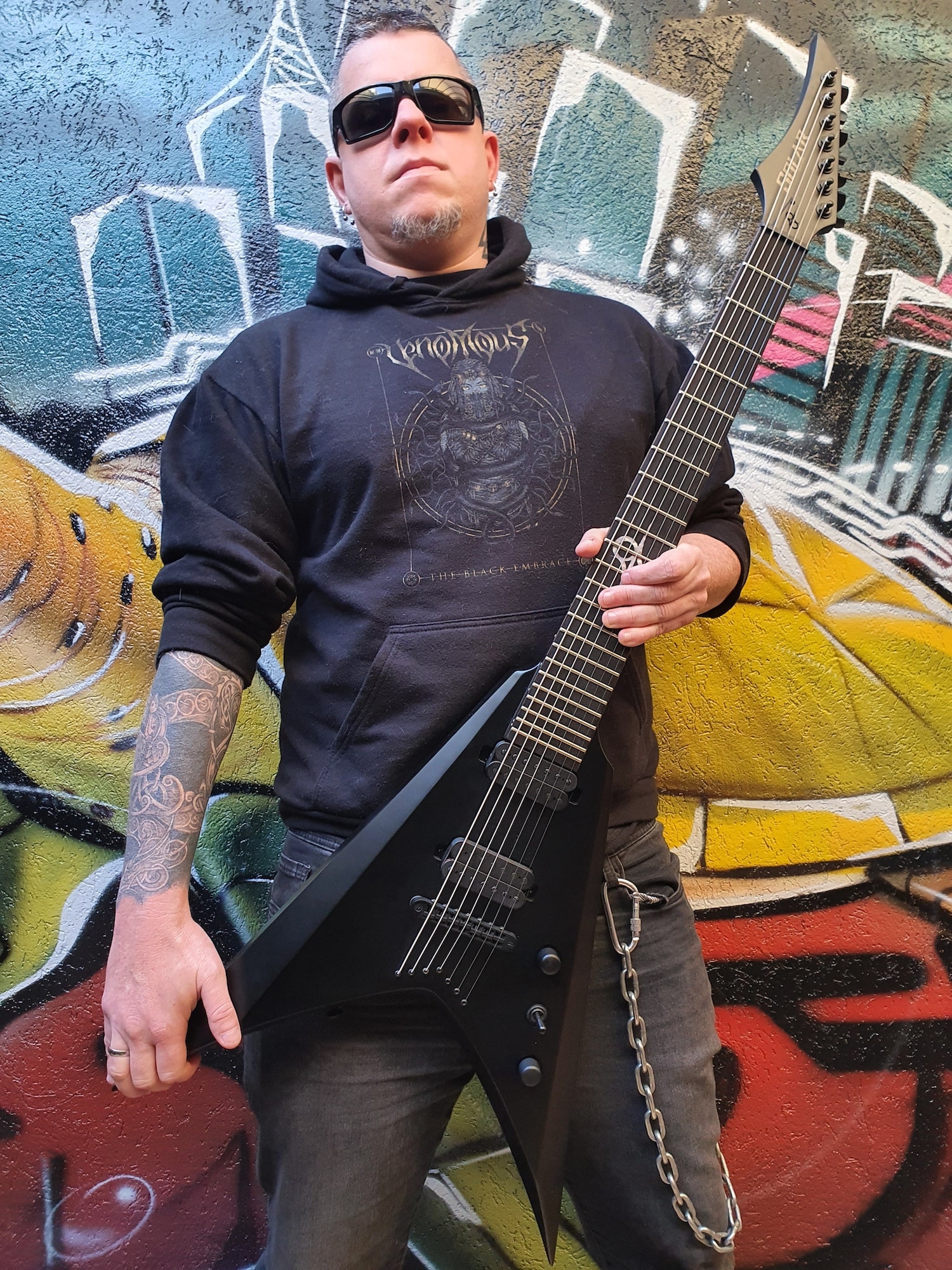 Gui Calegari (https://www.facebook.com/guicalegari), 36 years old, has been playing the Guitar since he was 7, professionaly since 1998.

Allthough he has had many Metal Bands along the way, in 2016 he founded Venomous (https://www.facebook.com/venomousoficial/). A Band which has been getting a lot of attention from the Heavy Metal community all over the World.

The Band have just signed a Record Deal with Brutal Records (USA) to release their next EP and Album in the next couple of years.

Known for his shredding approach to the Guitar, Calegari has been praised by many of the specialized Press, mainly for his creativity, speed picking and melodic influence onto the Band’s proposed Melodic Death Metal Music.

As one of the main Songwriters in the Band, he has produced some of the Band’s greatest hits.

Now he’s looking for a Partnership with an up-and-comming Company so both of them can reach new Markets and Expand their Brands.

I am really happy and proud to be in contention to be a Solar Artist. Since the first time I tried a Solar Guitar, I fell in Love with it. For its comfortable playing, tone, and looks, it would be a great honnor to be part of this amazing Family and help spread the Brand throughout the World.