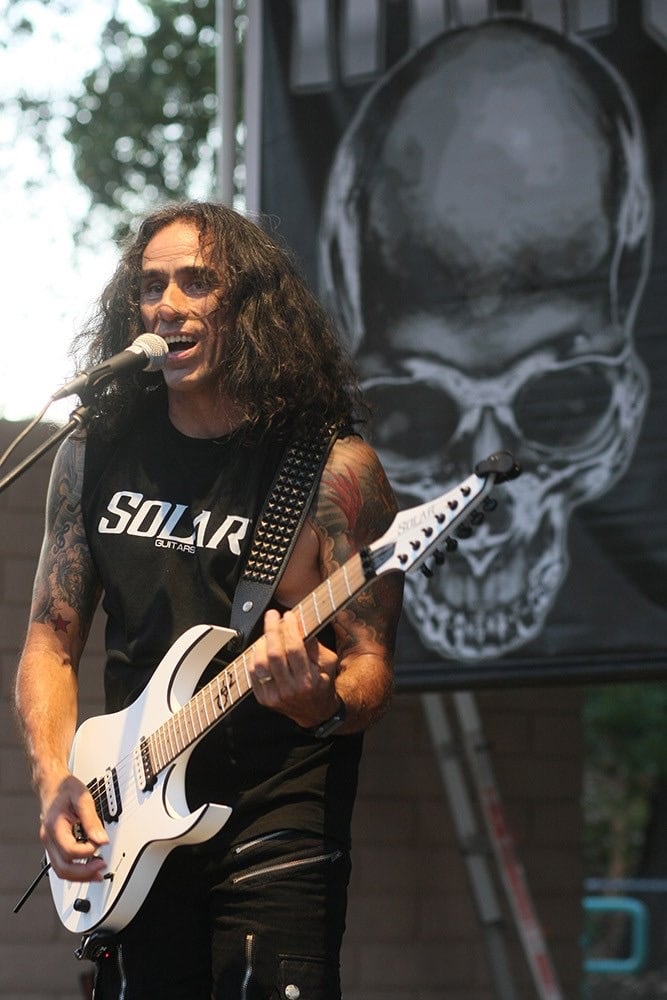 Niviane was formed in 2016, with Gary joining the band in November of 2016. The band had played a handful of local shows together in 2016.
In 2017, they played 20 shows and released their debut album in November 2017 called “The Druid King”. In May of 2017, they were asked to open for Primal Fear and Rhapsody of Fire at the Catalyst in Santa Cruz Ca.

In 2018, they played just under 50 live shows, performed on 2 USA and Canadian tours (one with Sirenia and one with Vicious Rumors). In November of 2018, they opened for Testament at the Ace of Spades in Sacramento, which was a sold out show.

The band is currently recording the second album entitled “The Ruthless Divine”. This album is looking to completed by late fall 2019.

I am thoroughly impressed Solar Guitars. It’s not everyday that you purchase a guitar you have never played before and fall in love with it. I really like to know how a guitar feels in my hands before I buy it. My S1.6FR quickly became my “go to” guitar. I then purchased the S1.7PB. I had never owned a guitar without fretmarkers or a floating trem system and was very unfamiliar with the Evertune bridge. Once I had the S1.7PB in my hands, it was like it belonged there. The Evertune bridge is solid! Very easy to set up and use and absolutely the best guitar for touring and recording with. Solar has quickly become my guitar of choice for now and many years to come!