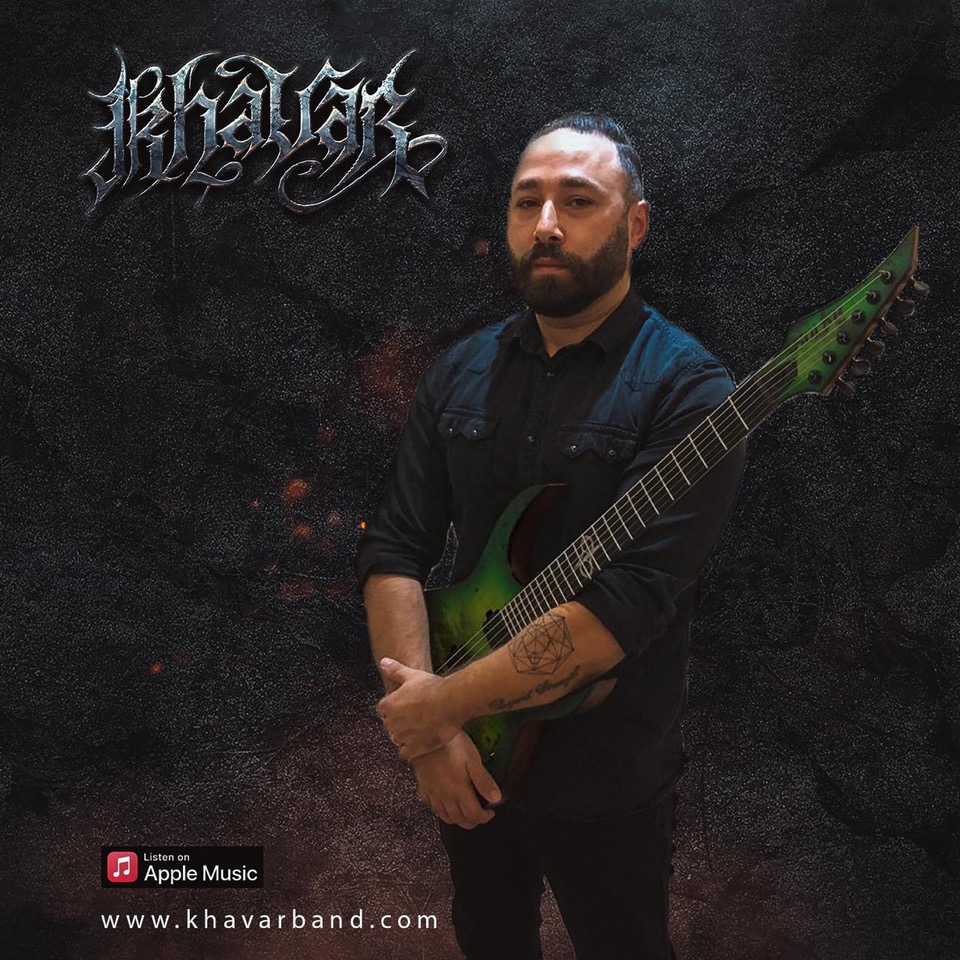 Khavar is a Death/Black/Experimental metal band that was founded in August 2018 by Garo Gdanian. Members of the band comprise of Garo Gdanian on guitars/composer, Youssef Helayel on guitars (solos and sick melodies), Kamal El Khoueiry on vocals/lyrics, Derek Roddy on drums and Marco Ghorayeb on bass. Garo Gdanian is the founder of The Weeping Willow, the first Lebanese death metal band founded in 1996 under the name of Opposite, which later was changed into The Weeping Willow. The Weeping Willow released four albums during their 22 years of existence: Garden of Misery 2001 – Mentally Decayed 2003 -The Third Portal 2007 – Impale 2011. They played alongside many well renowned international bands, in the likes of Theatre of Tragedy in 2002, Apocalyptica in 2006, Macbeth in 2008, Anathema in 2009, Moonspell/Katatonia in 2011, Decapitated/Destruction in 2018. In early 2017, Derek and Garo met in Lebanon during a drum workshop clinic at a local music store. This is when both of them discussed a potential project they both wished to experiment with. That’s when Khavar was born. Derek Roddy has gained a reputation worldwide as an extreme metal drummer. Though he may be known as the second drummer of Hate Eternal, he has also played and recorded with Nile, Malevolent Creation, Divine Empire, Council of the Fallen (where he also played guitar), Today Is the Day, Traumedy and Aurora Borealis. On March 28 2006, Derek Roddy announced his departure from Hate Eternal. Around 2007, Roddy started an instrumental band called Serpents Rise, which almost immediately grabbed the attention of drummers around the world. Khavar’s logo was created by the one and only Lord of Logos Christophe Szpajdel, the one behind legendary logos such as the logos of Emperor and DarkThrone. Khavar’s debut album was released on October 31, 2020 and is currently available on all major stores.

I am in awe of this beautiful Solar guitar that lurks like green poison!