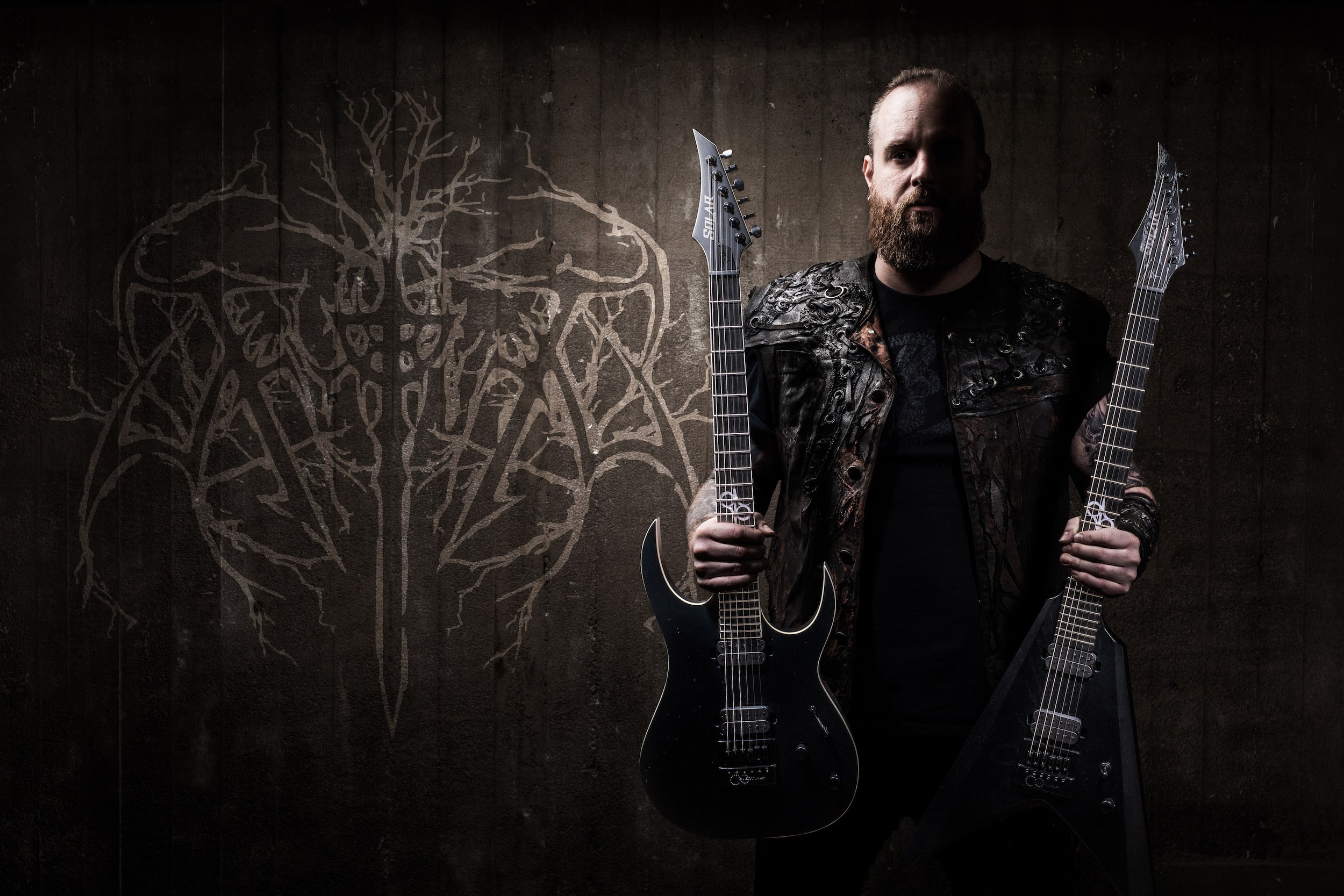 Thyrfing have delivered their very own brew of metal music since 1995 and after six full-length albums and numerous live performances the band released their eagerly awaited album called “De ödeslösa” in 2013, still carrying the integrity and trademarks known since the self-titled debut album in 1998, brought forth through “Valdr Galga” (1999), “Urkraft” (2000), “Vansinnesvisor”(2001), “Farsotstider” (2005) and “Hels vite” (2008).

The band have gained a strong following over the years and an exquisite standing within the metal scene, considered one of the top bands within the so-called viking/pagan metal genre – but on the other hand, Thyrfing are so much more with their truly outstanding and self-contained musical offering.

The name of the band is taken from the sword “Tyrfing” in Norse mythology – a cursed blade that appears in several tales and myths.

”Exept the awesome shape and being a quality sounding guitar, these instruments are loaded with hardware that will increase my pleasure for playing. I really look forward to working on and recording the next Thyrfing album (which is finally taking form) with these guitars “