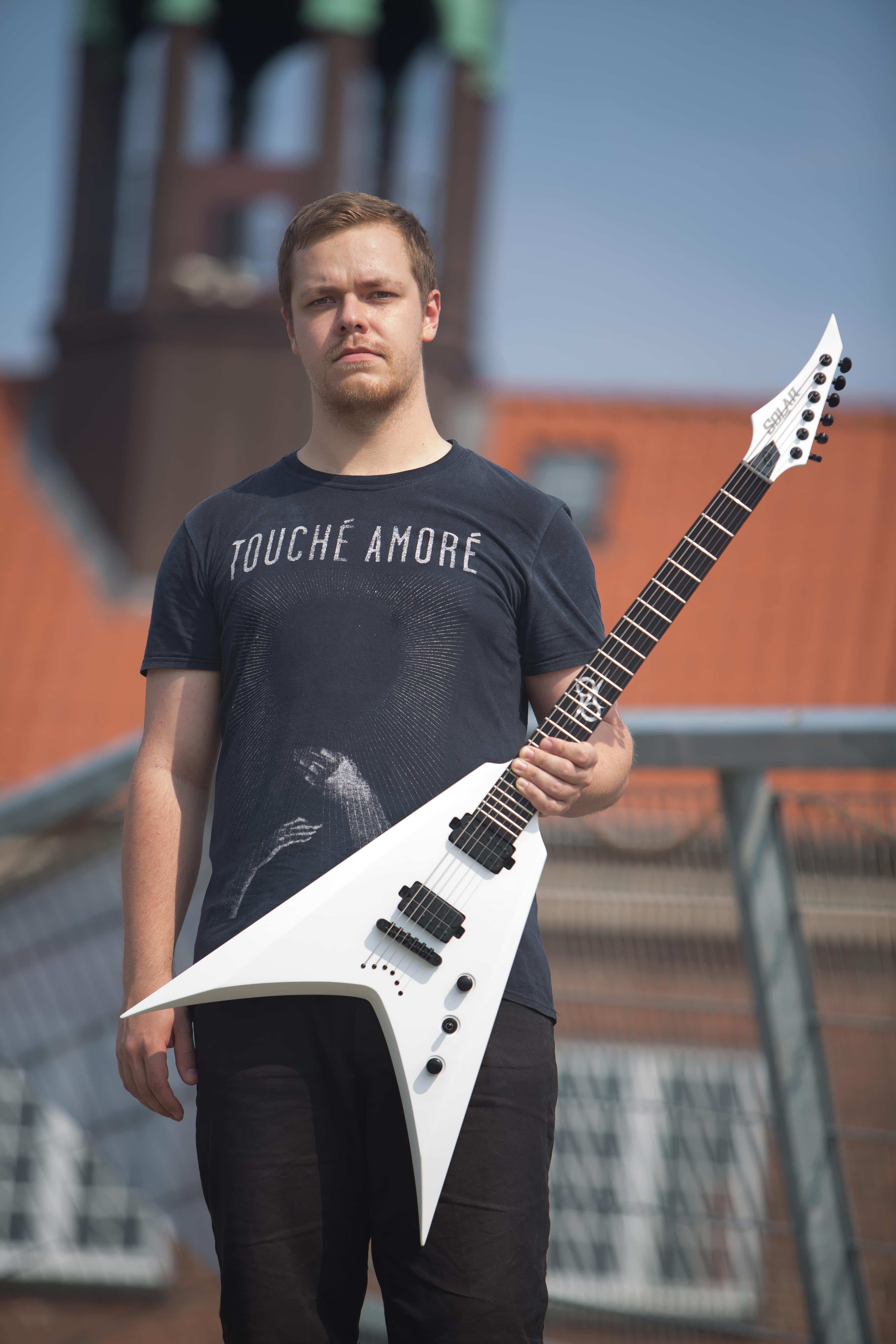 Frederik Lippert plays guitar in Danish metal/shoegaze band MØL. The band is signed to Holy Roar Records, Prime Collective and Avocado Booking. MØL has toured Europe/UK and played with bands like Katatonia, Ghost Bath, and CABAL. Their appearances at festivals like Arctangent, 2000Trees, Damnation and Copenhell have put them on the same billing as bands like Entombed, Napalm Death, Alcest, Ihsahn, Thy Art is Murder, Arch Enemy and Every Time I Die. Frederik has played Solar guitars since early 2018 and his weapons of choice from the Swedish arsenal are the S2.6C and the V2.6W.

“Before trying a Solar guitar, I never really had any specific idea about what I would want in a guitar. That changed when I tried a S2.6C for the first time. The neck felt like it was made for my hand and the Duncan Solar pickups sounded like the pickups I’ve been looking for all my life. The weight of the body, the ebony fretboard, the feel/size of the neck and the output and build of the pickups are the specs that are gonna be my standard from now on. Simply the best guitars in the game. Period.”