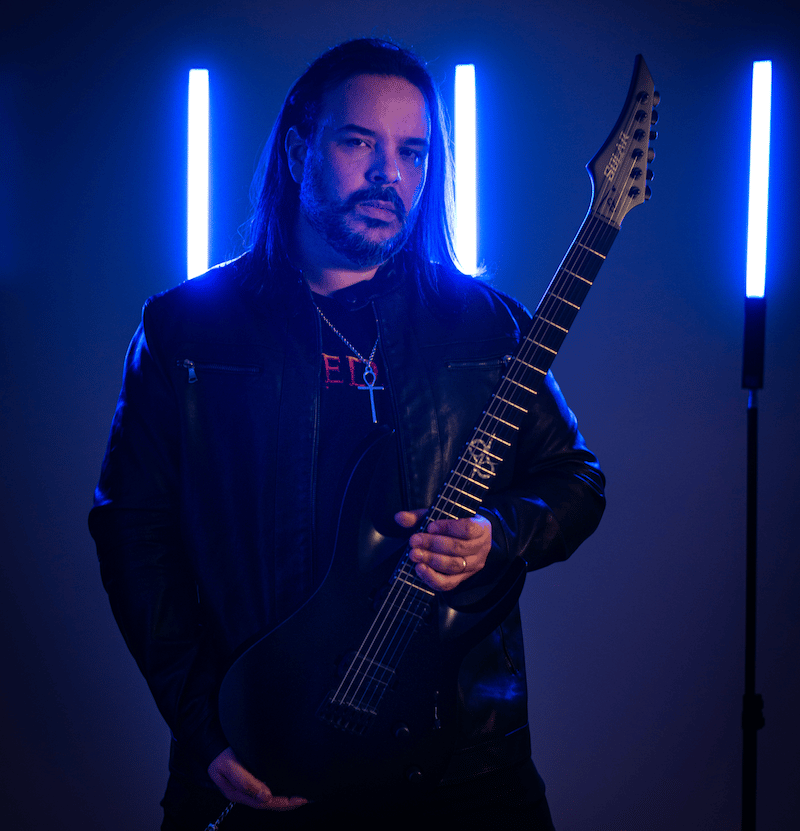 Born in Viçosa, Minas Gerais State on 1985, Freddy Daniels has been part of two important bands of the local Metal scene: Helltown and Brave with video clips on MTV and two albums released.

Freddy Daniels is a guitarist with unique qualities and an outstanding stage presence with an extremely heavy and precise playing style!

Since 2018 he has been in full time dedication to Medjay, in which he has been from the beginning along with Phil Lima, both invited by Samuka that already planned this project since 2012. The band has been gaining a growing exposition and great ratings around the world specially after the release of their first album ‘Sandstorm’ in 2019.

As the Scarab moves the Sun across the sky, our flesh is food to the worms. This Solar is a part of me, and through my music I shall never die!