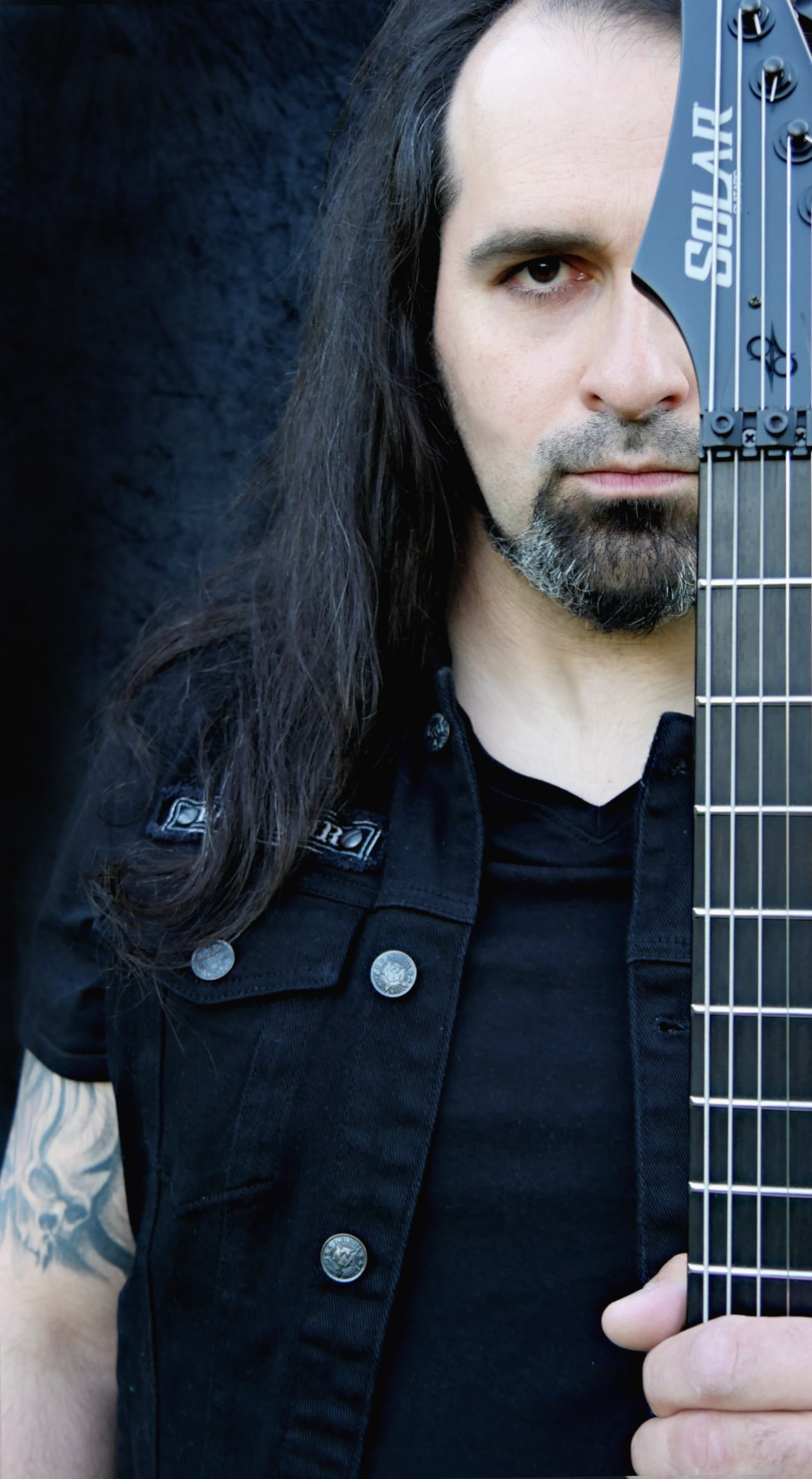 The last founding member of French thrash death metal band “Death Decline”, Fabien LEGUÉ first set foot on stage with his own band, Deepwater, before to join the war machine Death Decline in 2011.

Inspired with powerful guitar play, velocity and armed with V guitars, Fab draws his influences from the Bay Area Thrash scene and the founding fathers of Heavy Metal.

After Death Decline’s EP and a successful first album “Built For Sin” which set the foundations of the band’s sound, they unleashed their second attack “The Thousand Faces Of Lies” in 2018, which should reinforce the band’s presence in French Metal scene and broaden the horizons to international stages.

Teaming up with Solar brand should be the best way for Fab to exercise his own vision of the Metal sphere.