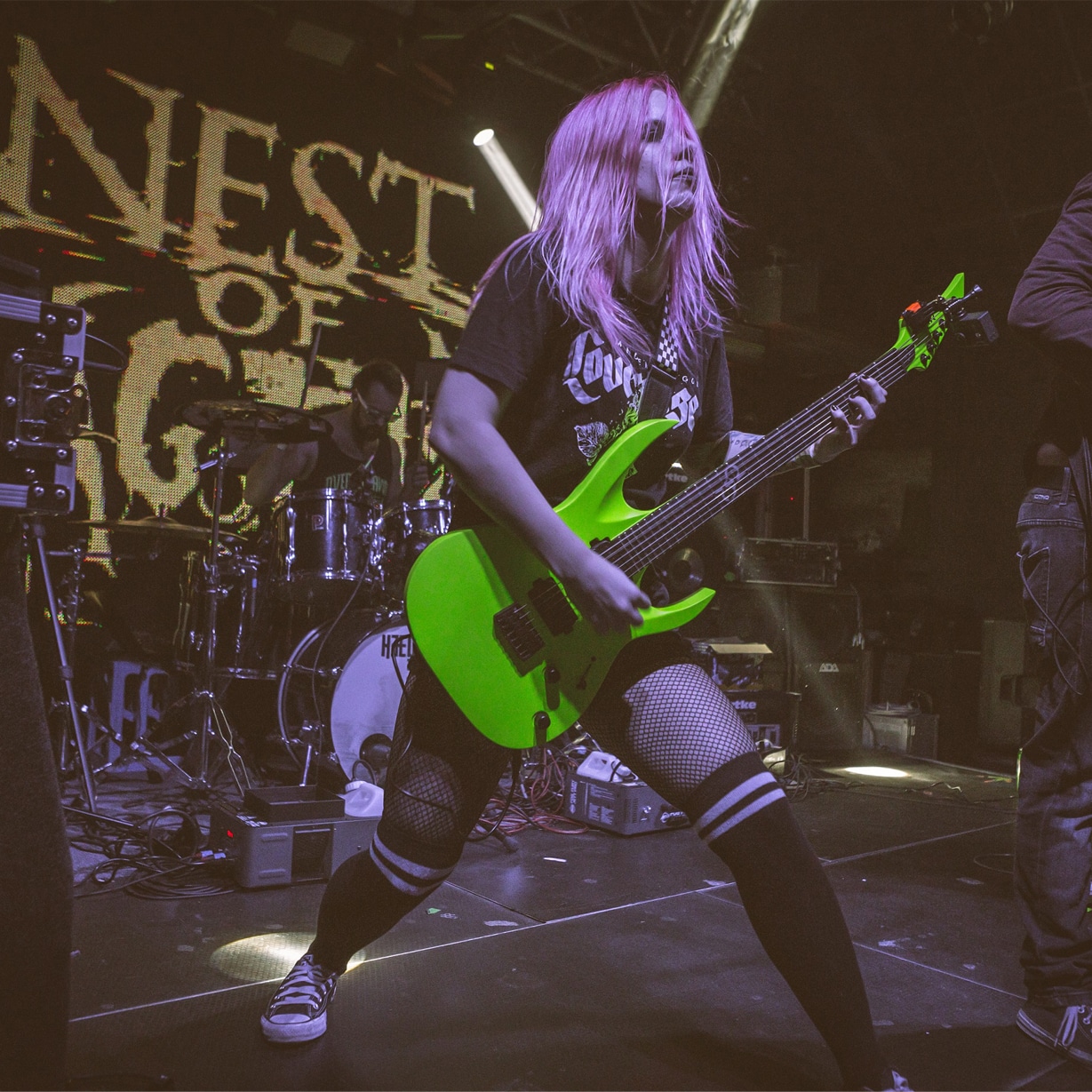 Evelin Kövecses is a guitarist from Hungary who has been playing since 2005 when she was 13. Her first instrument was the piano though that she started to play at the age of 7. She first performed live with a local band in 2006, then in the same year she started her own metal band with a group of friends and had concerts frequently. A year later she joined another band and released her first album. In 2010 she co-founded a metal band called Over My Dawn, where she played for 10 years, released 1 album, 6 EPs and 6 singles, toured the country a lot of times, had a few concerts abroad and she also managed it. In 2020 she moved to Budapest and joined her current band Nest of Plagues, that mixes heavier genres of metal like deathcore, metalcore and groove metal with different techniques of growling and melodic screaming/singing. Before she was a member, the band dropped their first EP ‘Nest of Plagues’ in 2016 and their first full-length album ‘End of the Comedy’ in 2018. Since then they dropped 7 singles with music videos, toured in Hungary and managed to build a solid fanbase in the country. They attended a few festivals and played in clubs abroad as well. Their second full length album ‘To Kill A God’ is coming this April via a hungarian label, Metal.hu.