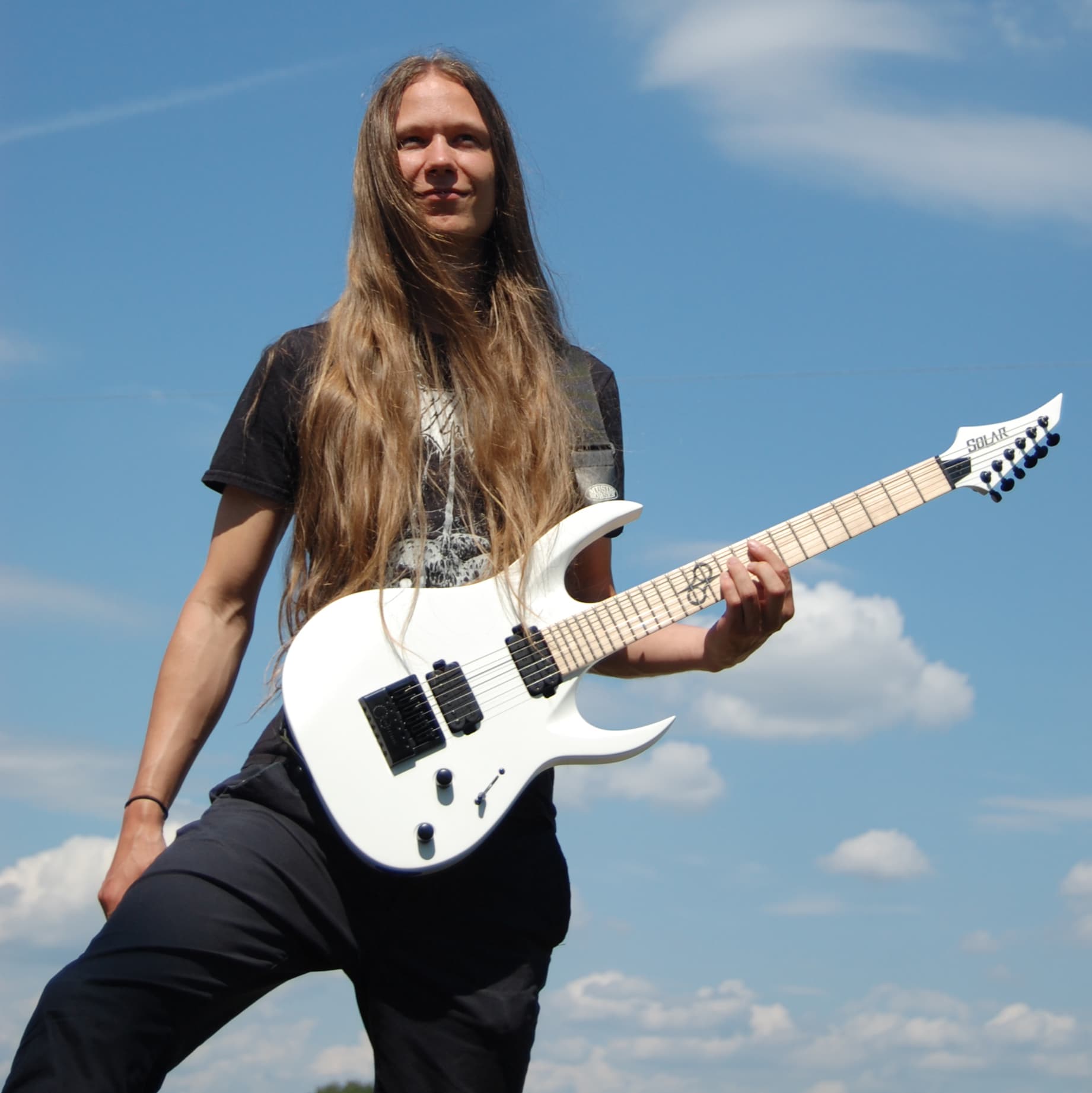 Emil started to play the guitar at the age of 11 just to be prepared for the music classes starting in junior high, but it quickly turned into a passion.

In 2013 he joined Rocka Rollas which were aiming for the sky with their speed metal. They won ”Live band of the year” for their performance at Getaway Rock Festival 2015 at the Local Heroes Awards in Gävle, Sweden, but because of the lack of finding a suitable singer, the band was put to an end.

Along with his partner in crime, Cederick Forsberg, they instead turned their focus on Blazon Stone as their primary band to discover new adventures together. This is just the beginning…

“I have not played that many different guitars and there will probably not be many more from now on. From the moment I got the news that Ola was starting his own brand I knew I had to get me one. The Solar 1.6ET is absolutly killer. The looks and the comfort is just amazing. I am very proud to be part of the Solar family.”