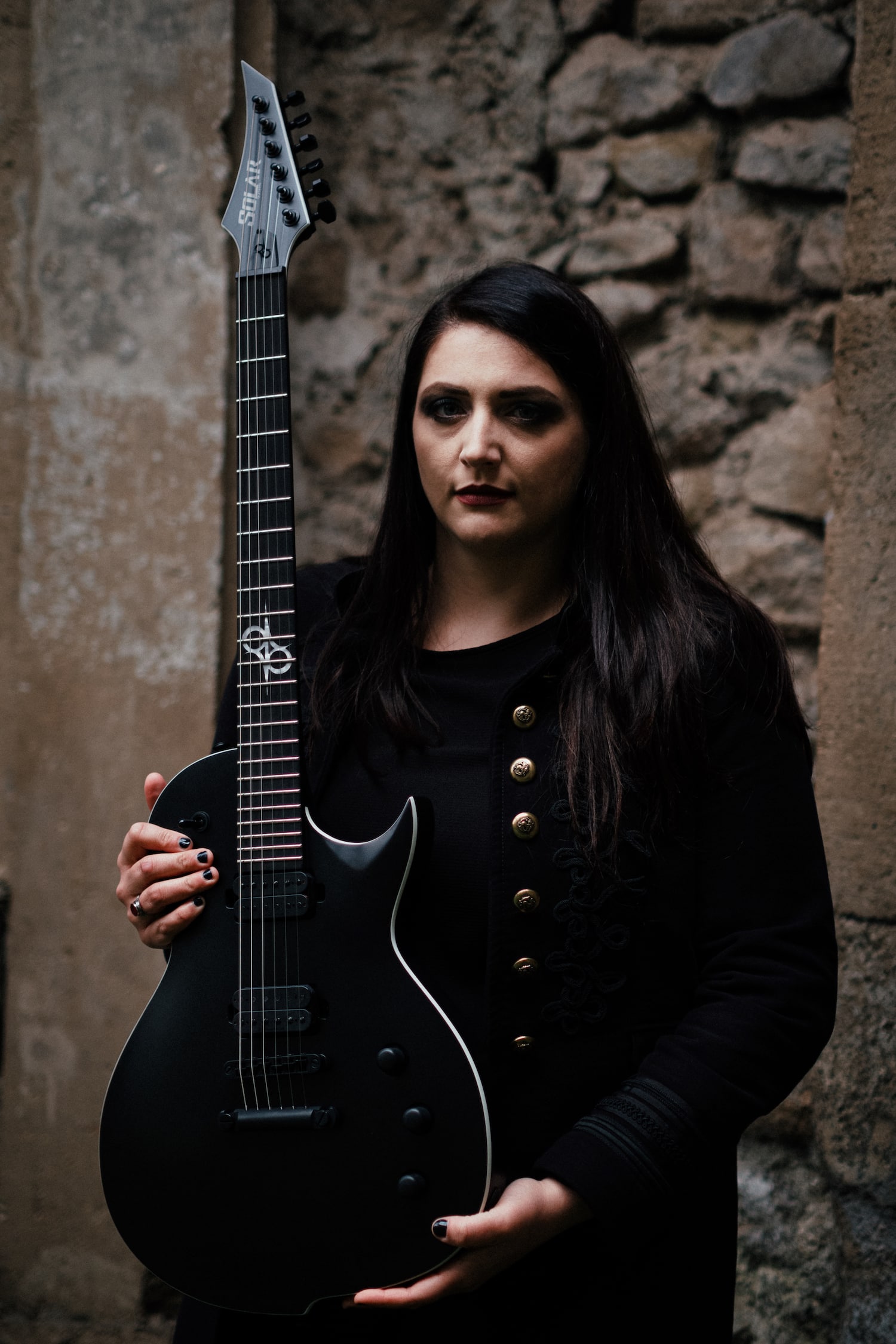 Emanuela Marino was born in Tivoli, Italy, in 1986 and she started playing guitar at the age of 15 years old, after studying piano for 4 years. Her main musical influences are Katatonia, Opeth, Alcest and Swallow the Sun. She played in many musical projects during the years, starting with Rainfall with whom she released an album and shared the stage with Edu Falaschi (ex Angra) and John Macaluso (Labyrinth, ex Ark, ex TNT, ex Yngwie Malmsteen).

In 2017 she released the first For My Demons album together with Luca Gagnoni. She actually plays in Veil of Conspiracy, a doom metal band formed in 2017, with whom she released two album so far, “Me, Us and Them” (2018) and “Echoes of Winter” (2021), out for Solitude Productions and very well acclaimed by the public and the critics. With Veil of Conspiracy Emanuela shared the stage with bands like Dark Funeral, In the Woods and Shores of Null.

She also plays in a black metal project, called Svart Vinter, that is about to release an EP.