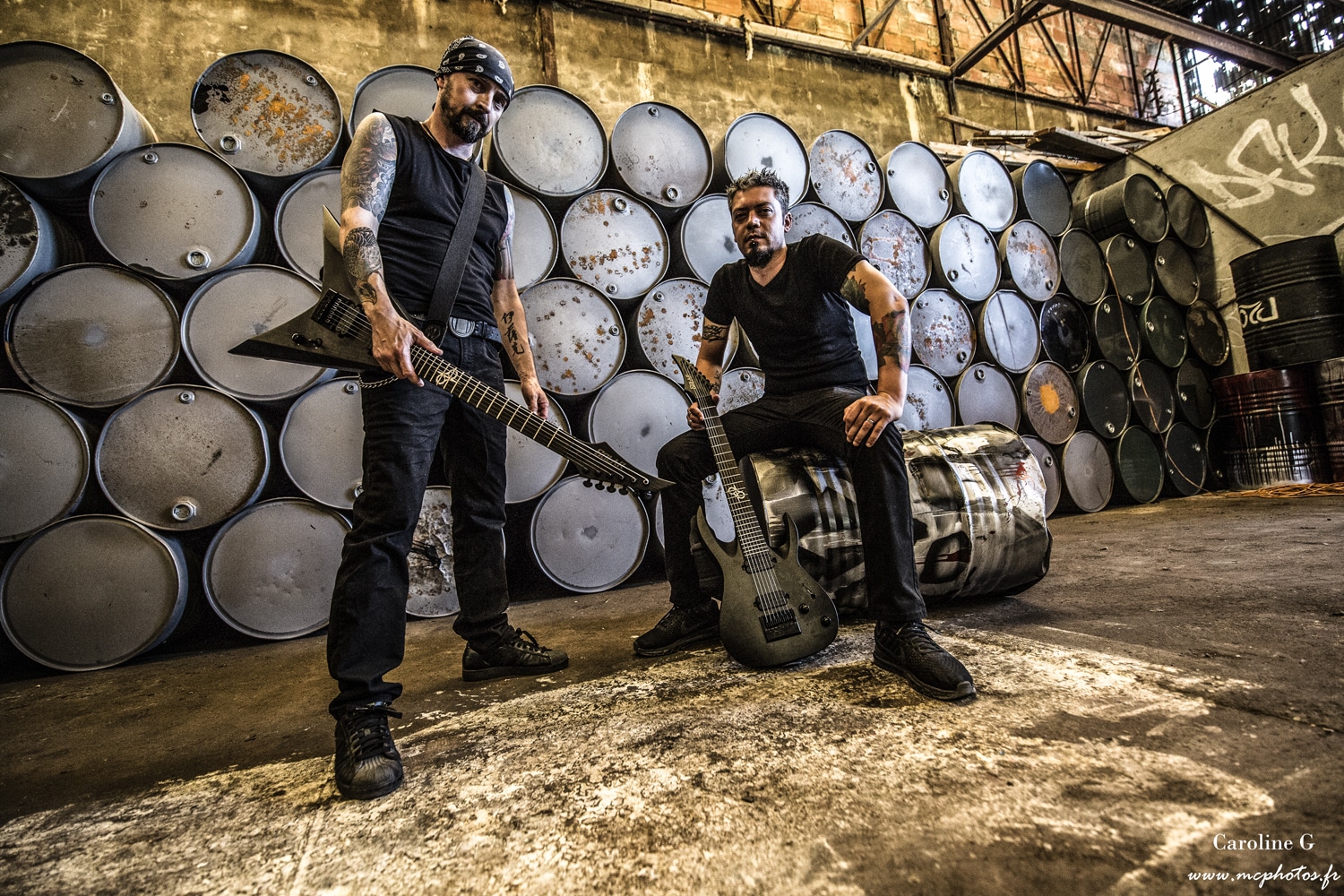 Les Tambours du Bronx were created in 1987 in Varennes-Vauzelles (France). A neighborhood of ralwaymen and workers, the Bronx gave birth to a block, a pack amongst the machines. The cadence of manufactures and workshops will be its rythm. The urban grid will become a motif and music will spring from their raw material, metal. Barrells and mallets : “picking things up by the roots”.

After touring in more than 30 countries, representing the France as part of the celebrations of the bicentenary of the French Revolution, working with the Philharmonic Orchestral of the Pays de Loire et the Bulgarian Voices, the Conservatoire Graduate’s Orchestra of Paris, The Young Gods, Jaz Coleman, Sepultura or Mathieu Kassovitz, and being the opening band for Metallica, Alice in Chains, Led Zeppelin, KoЯn, Johnny Hallyday, David Ghetta, they are back with their new metal tour “WEAPONS OF MASS PERCUSSION” (W.O.M.P.) ! A true merger of unique talents (percussions, guitars and bass), emphasizing all the strength and the experience of the group, which became the urban percussion’s international reference, associated with unanimously recognized metal and electro talents: Franky Costanza (formerly DAGOBA, BLAZING WAR MACHINE)/drums, Stéphane Buriez (LOUDBLAST, SINSAENUM), Reuno Wangermez (LOFOFORA)/vocals, and Arco Trauma (CHRYSALIDE, SONIC AREA)/keyboard.

Since the launch of the W.O.M.P Tour, Les Tambours du Bronx continue to enthusiastically work venues and festivals with an increasing success, day after day !

“We were looking for some guitars that would fit our new metal show. We discovered that Ola just launched his own guitar company and were blowned away by Solar guitars’ shape and characteristics so we had to give a try. Their design, their specs, the feeling and awesome playability made us fall in love immediately with them.”