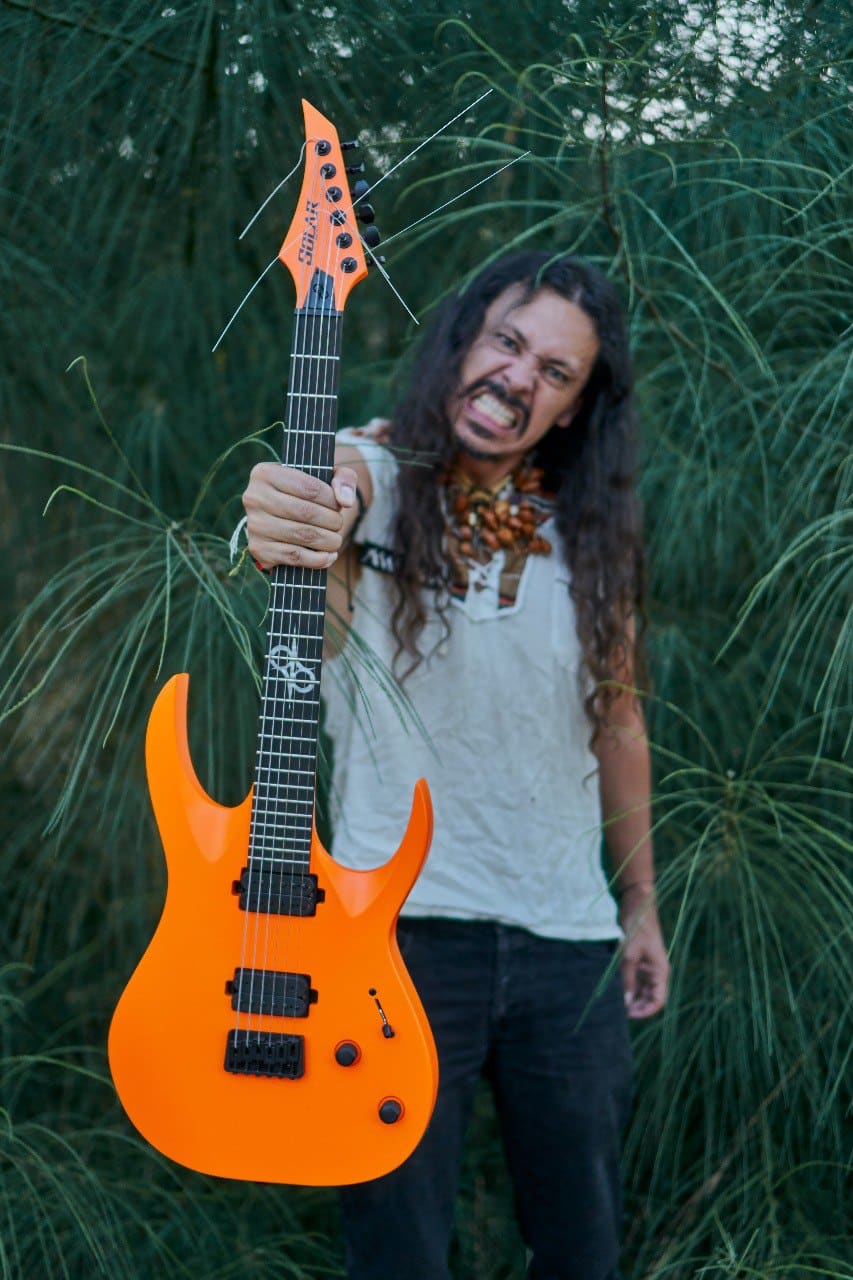 Diego R. Cruz, half-indigenous Colombian guitarist and musician, residing in Europe. Started his musical career with the AnimA in Bogotá, a band that had the honor to open the second underground metal concert in Colombia with Moonspell. In 1999 he founded Misticia, his current band, a pioneer in the fusion of folklore and indigenous metal, combining native, Spanish and English lyrics. He had the opportunity to work with metal producers such as Daniel Bergstrand, Jaime Gómez Arellano, Andy Classen, etc. Misticia was the first Colombian metal band recorded in Germany, and for the first time played in remote countries, such as Morocco in Africa. Diego has worked on more than 20 albums as a guitarist, composer, singer and producer. On the XVA album tour in 2019 he visited three different continents: in his native Colombia they played with Venom Inc, in Europe he accompanied the Argentine band A.N.I.M.A.L on their way through Spain and was for the first time to play in Africa.
The magazine Rolling Stone Colombia named the last album of MISTICIA “XVA” one of the best Colombian Metal albums of all time.

For this 2021 he recorded with his new band Espías Malignos the first album, which at this moment is mixing in Germany, he also has a tour in Colombia scheduled at the end of the year.