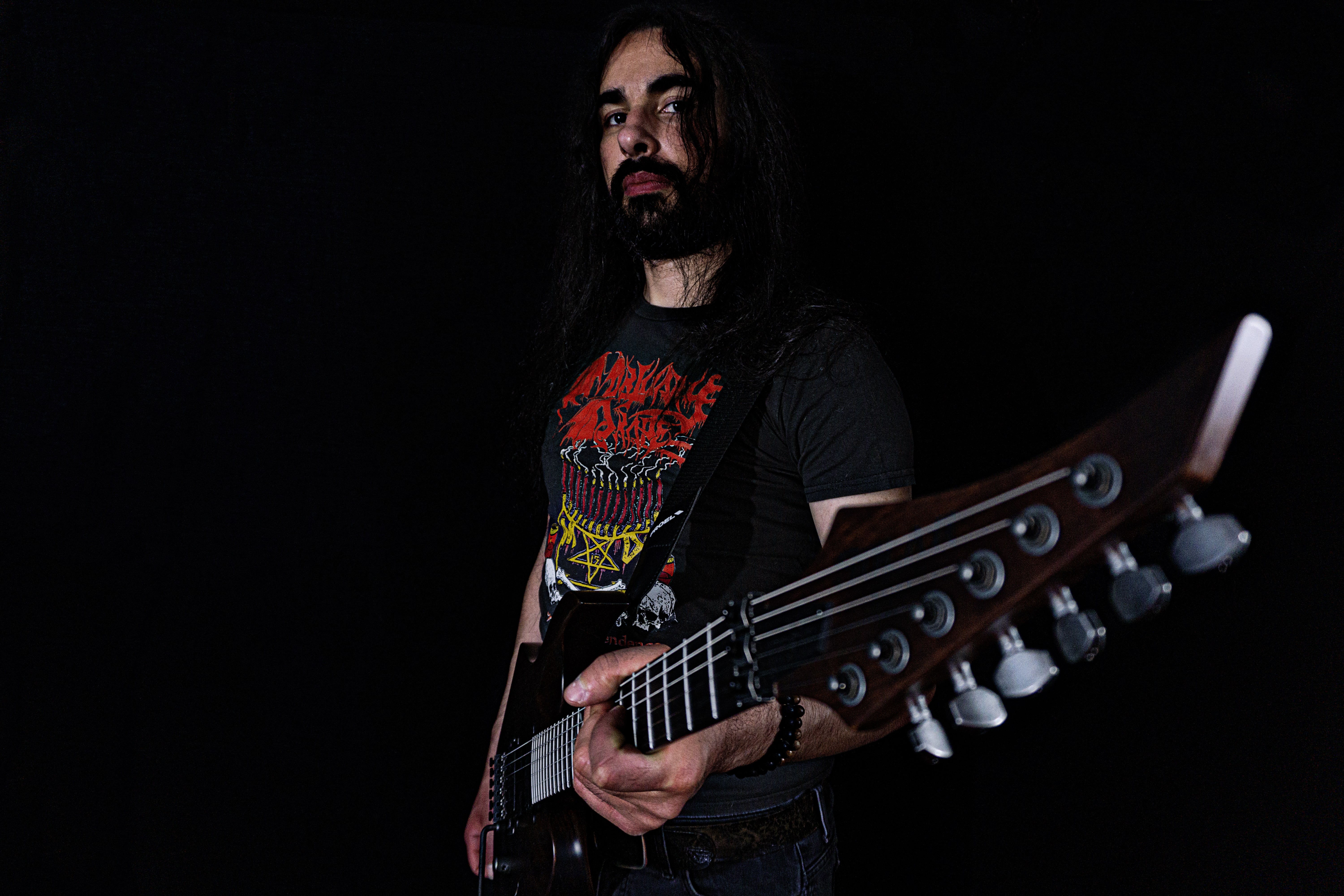 It was 1986 when Mortuary Drape was founded by the aim of the central core of three people, one of which is still in the band (Wildness Perversion).

Music and trends that inspired the founders are from the ‘black metal’ style with an esoteric-necromantic current both for the lyrics and for the stage design impact: they decided to baptize their style as ‘black-occult metal’.

In 1987 they publish ‘Necromancy’, the first demo tape that got a great response in the most intransigent underground scene, a demo that in the years to come became an authentic cult for the lovers of this genre.

In 1991 they had the first contacts with labels (also foreigners) for a possible record deal; in fact after a few time the band made its debut with the first CD called ‘Into the drape’ published by the Greek record label Decapitated rec.

In 1994 was released the second record called ‘All the witches dance’ for the Unisound rec.

On June 1996 ‘Mourn path’ mini CD marked a new goal for the band that after this success played in many metal festivals and in other important events in foreign countries and in Italy.

On October 1996, exactly ten years after the Mortuary Drape foundation, with the publishing of the new album ‘Secret Sudaria’ (eleven pieces) the band made a partial line-up change with the return of all the founders.

In 1999 the band create drafts of new songs that became the soul of the new album called ‘Tolling 13 knell’ released for the label Avantgarde music.

After the release of the album and a few live shows in support of it (as for example the Darkness festival in Italy with Carpathian Forest and the italian gig of No Mercy tour 2001).

During 2007 the band played in a few European festivals included the Anti-Christ Crusade tour, 13 days on the road across the Europe; during the show Matt and Simone were session musicians on drums and rhythm guitar respectively.

After few years of break in 2010 new musicians brought back to life the band to start again with the live activity. So Mortuary Drape took part in several european festivals and in a mini-tour of 4 gigs in Brazil with the swedish band Watain. In may 2012 the band was requested as special guest in Maryland Deathfest as well(U.S.A.).

Within the last months of 2012 the band started the recording session for the new album in pure Mortuary Drape’s style. This return to the roots is warranted by the great engagement of the new line-up to recreate the typical Drape’s sound. For this occasion Wildness Perversion dealt with both voice and drum parts.

In January 2013 the english label Peaceville got in touch with the band to reprint the last two albums “Tolling 13 Knell” and “Buried in time”, previously released by Avantgarde Records.

In april 2014 the band flew to South America to play in Brasil, Chile, Peru and Ecuador. Back to Italy and after some proposal from different labels, the band finally found again in Iron Tyrant the right label to release “Spiritual independence”, a fresh return to the roots and to the typical Drape’s atmosphere.

In 2014 it started the album’s promotion with a plenty of gigs. In 2015 the band could reach big festivals as “Inferno fest” in Oslo, Live Evil in London and after that played also a USA tour with Mgła and Sangus including 2 gigs in New York at the Martyrdoom festival. The tour continued in Detroit, Boston, Milwaukee, Columbus, Chicago and Baltimore for the 2 second time. The tour was a success.

After the US tour it was released a split with Necromass (cd/lp) under the german label Funeral Industries. The Mortuary Drape’s side is called “Dance of Spirits”. It includes 2 new songs and 2 live songs from Gama Metal festival which took place in 2014.

2016 was the year to promote Spiritual Independence: USA, Canada and Mexico in September and all Europe in October with Venom Inc and Vital Remains.

On November 2016 the band played the 30th anniversary concert in its birth town Alessandria with important guests as Erik Danielsson (Watain), AC Wild(Bulldozer) and others.

A DVD and a Vinyl were released after the show.

In 2018 the band toured again in USA and Canada for 1 month.

2019-2020 the band played several concerts in Italy, Europe and America.

Now the band is recording the new album and has several pending tours in South America, USA and Asia, postponed due the Covid-19 pandemic.