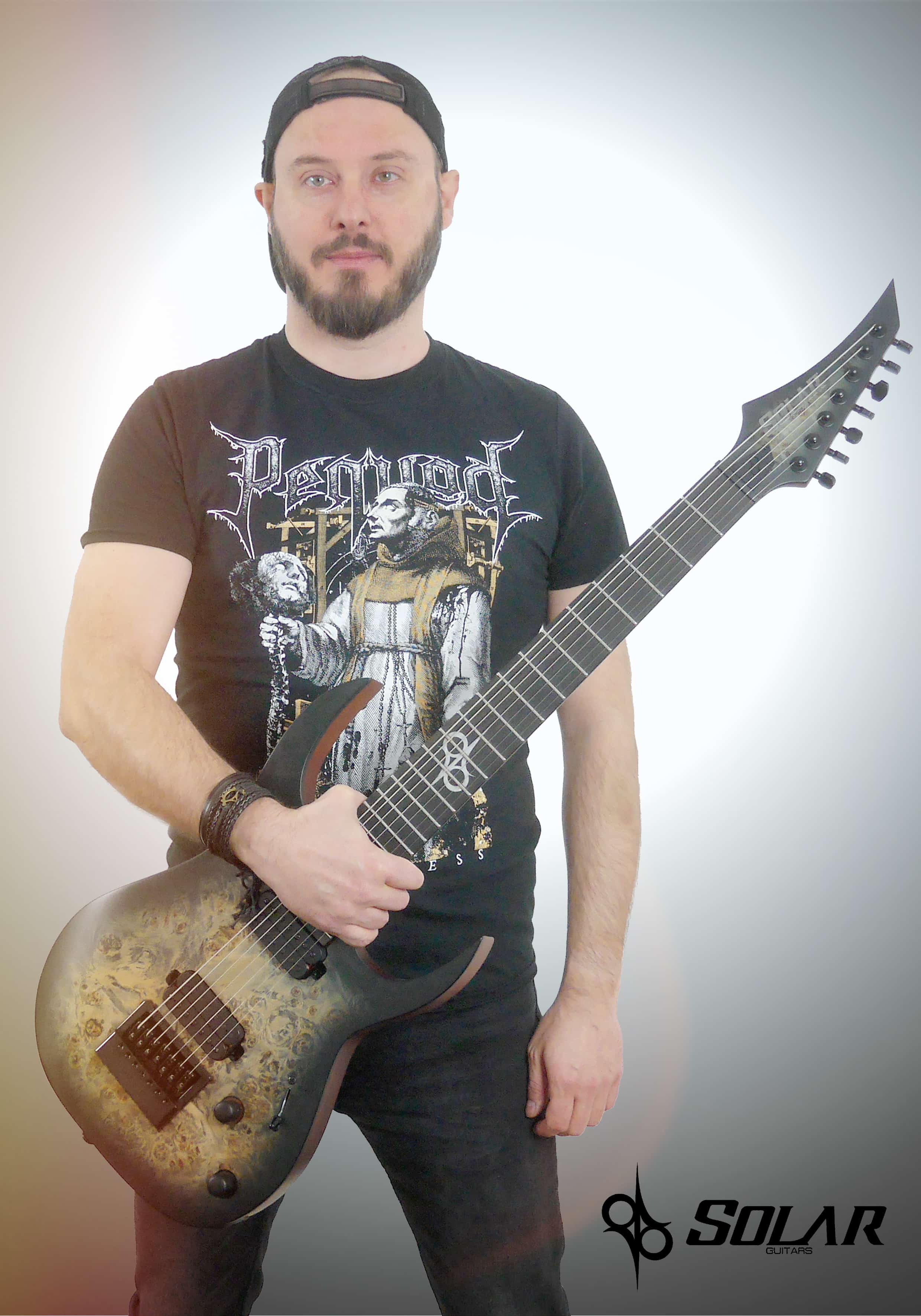 Danny discovered his passion for Metal music at the age of 11. Luckily for him, he grew up in the golden era of thrash and death metal, when Metal was good and something special. At the age of 12 he decided to take guitar lessons and form his own band named Celephais. They released their first demo in 1994 and so the madness started. After numerous line up changes he eventually joined a band named “Darkseed” which was signed by Nuclear Blast Records. NB gave him access to the global music business, something Danny was always intrigued by. After countless live shows with many great bands like “Dissection”, “In Flames”, or “Dimmu Borgir” (to name just a few), and touring through Europe he left Darkseed to focus on other projects with more „guts“. In 1999 he joined a young band named Pequod for which he soon became the main songwriter – which he remained to this day. In addition to his other projects and life adventures he also started to educate himself in music producing and recording. That’s probably the biggest reason why Danny became a huge tech-nerd as well. Danny produced and recorded Pequod’s second album „Spineless“, released in December 2020. Additionally Danny writes for the german Guitar Magazine, underlining his keenness and knowledge of guitars and recording. Becoming a Solar Guitar artist is a great achievement for Danny and proves hard work always pays off.