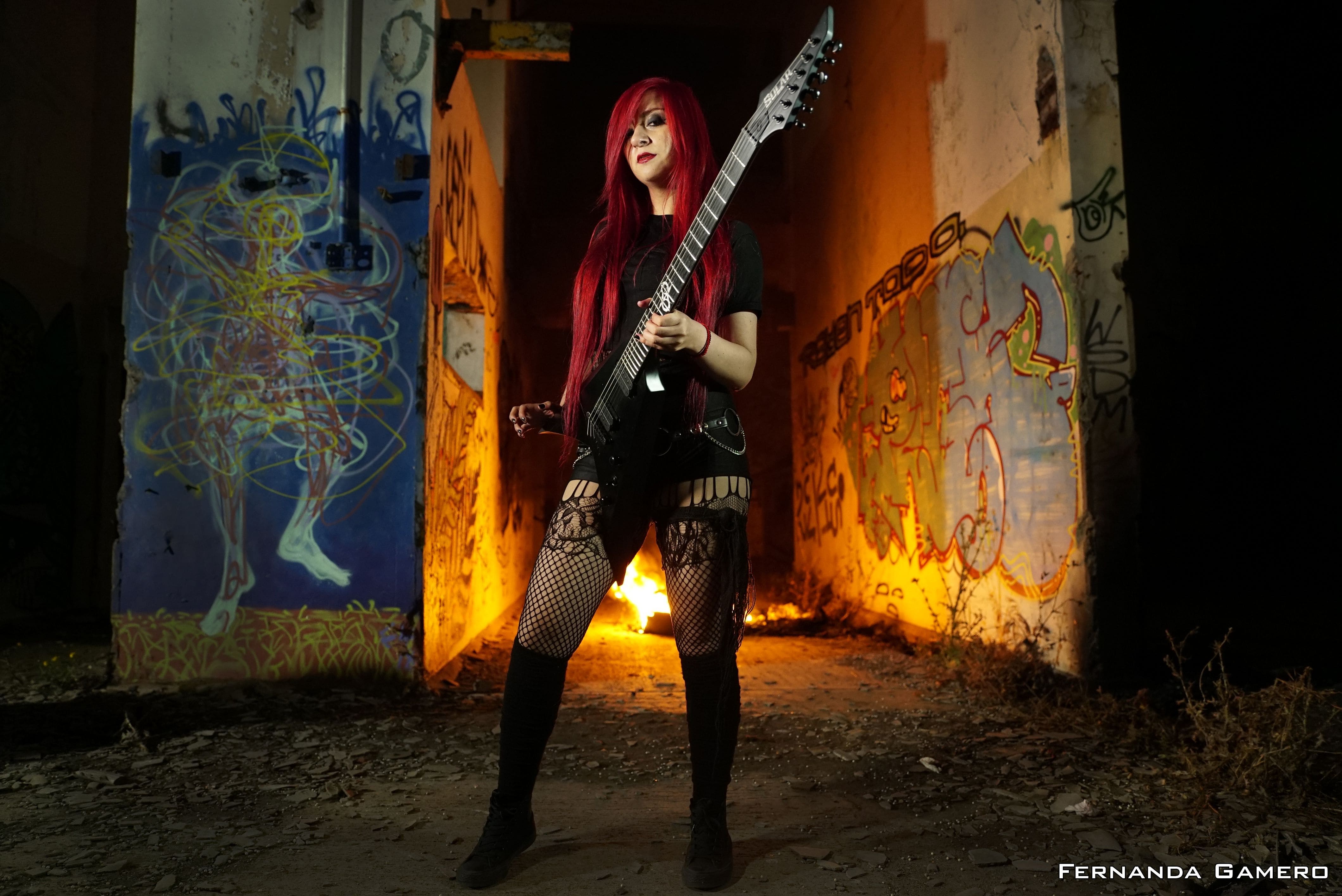 Danny Blackdione is a Chilean guitar player, who started as a self-taught musician in 2012 at the age of 16. She has been playing for Dementia (Black Metal) and Falsegod (Death Metal) since 2017. She was a student of renowned Chilean guitar player Gonzalo Sanhueza. In 2019 she joined Defragment, a Latin American extreme metal band with Venezuelan, Colombian and Chilean musicians, as a lead and rhythm guitar player. Currently they’re promoting their debut album called Outbreak. Defragment wants to take advantage of the wide melodic and rhythmic spectrum that extreme metal subgenres have offered in the last thirty years, along with classic and contemporary influences from their members and a modern production, to bring a brutal, fast, catchy, and eclectic sonic turmoil.