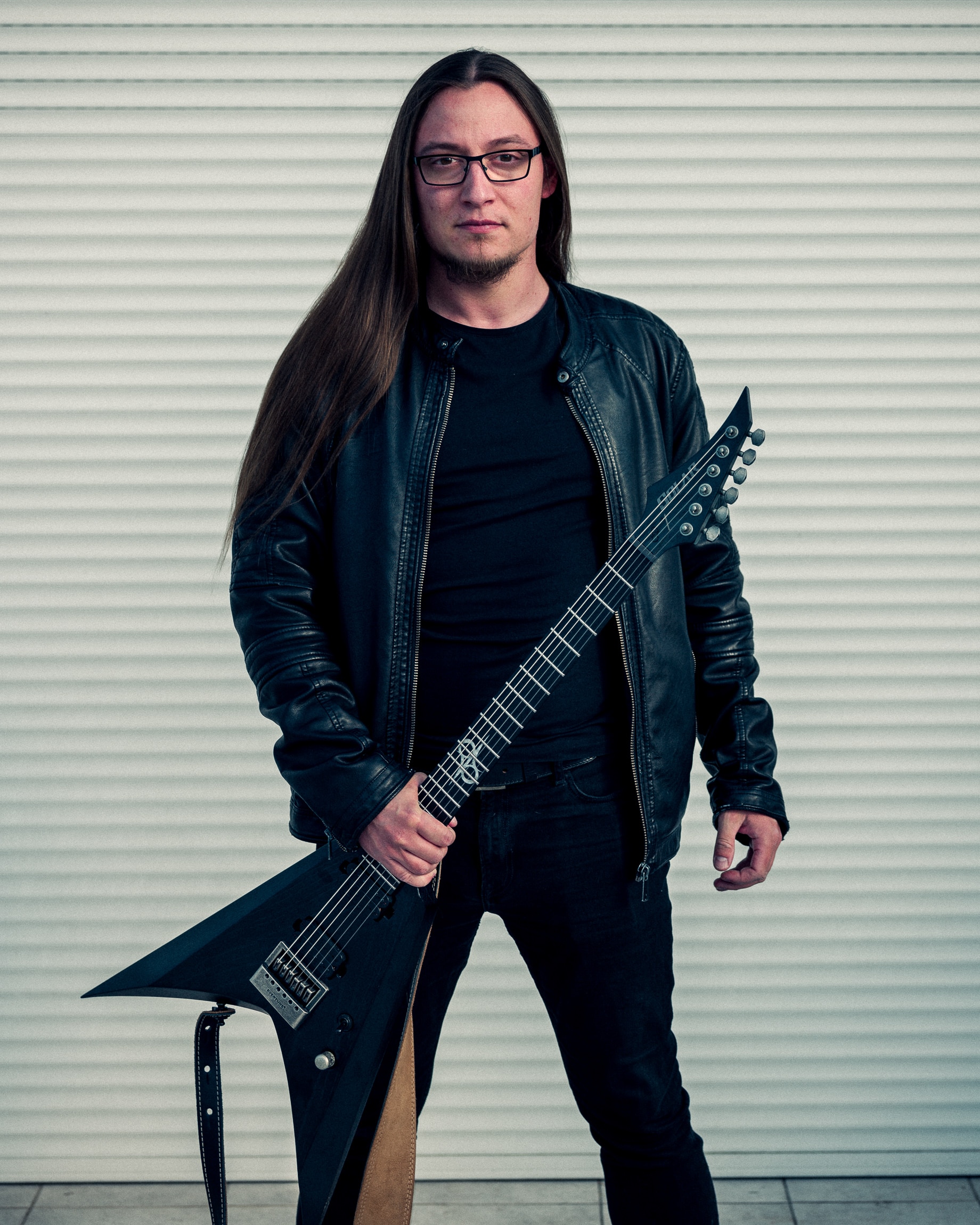 Dan was born in April 1990 in a small village outside of Hamburg/Germany. When he was 13 years old he had his first experience with Heavy Metal music and took his mothers guitar to play his favorite songs. At the age of 16 he bought his first electric guitar and and very soon started his first band with some friends.

When he moved to Hamburg in 2011 he became a permanent member of the band Human Debris and played the lead guitar for a lot of shows in Northern Germany.

In 2015 he entered the stage with STRYDEGOR also as lead guitarrist and since then he is a full member of the band. In the time after he joined STRYDEGOR together they played over 50 shows in Germany and around Europe in different locations, clubs and festivals.

In 2018-2019 the band took a small break from playing live with only some exclusive shows to fully concentrate on recording the new album “Isolacracy” where Daniel together with his bandmates supported the songwriting process.

He got himself his first SOLAR GUITAR as a christmas present, after he searched a good sounding and also comfortable playable Heavy Metal guitar almost for a year and today his V1.6BD Artist LTD increases the passion, motivation and inspiration for his upcoming work with STRYDEGOR.

As a professional guitar player I was always searching for the perfect guitar brand and today with SOLAR GUITARS I found the perfect instrument for me. I’m looking forward to many many years of awesome Metal music with this awesome Metal guitars! This guitar pushes the boundaries and increases my playing style for the better. It’s killer!