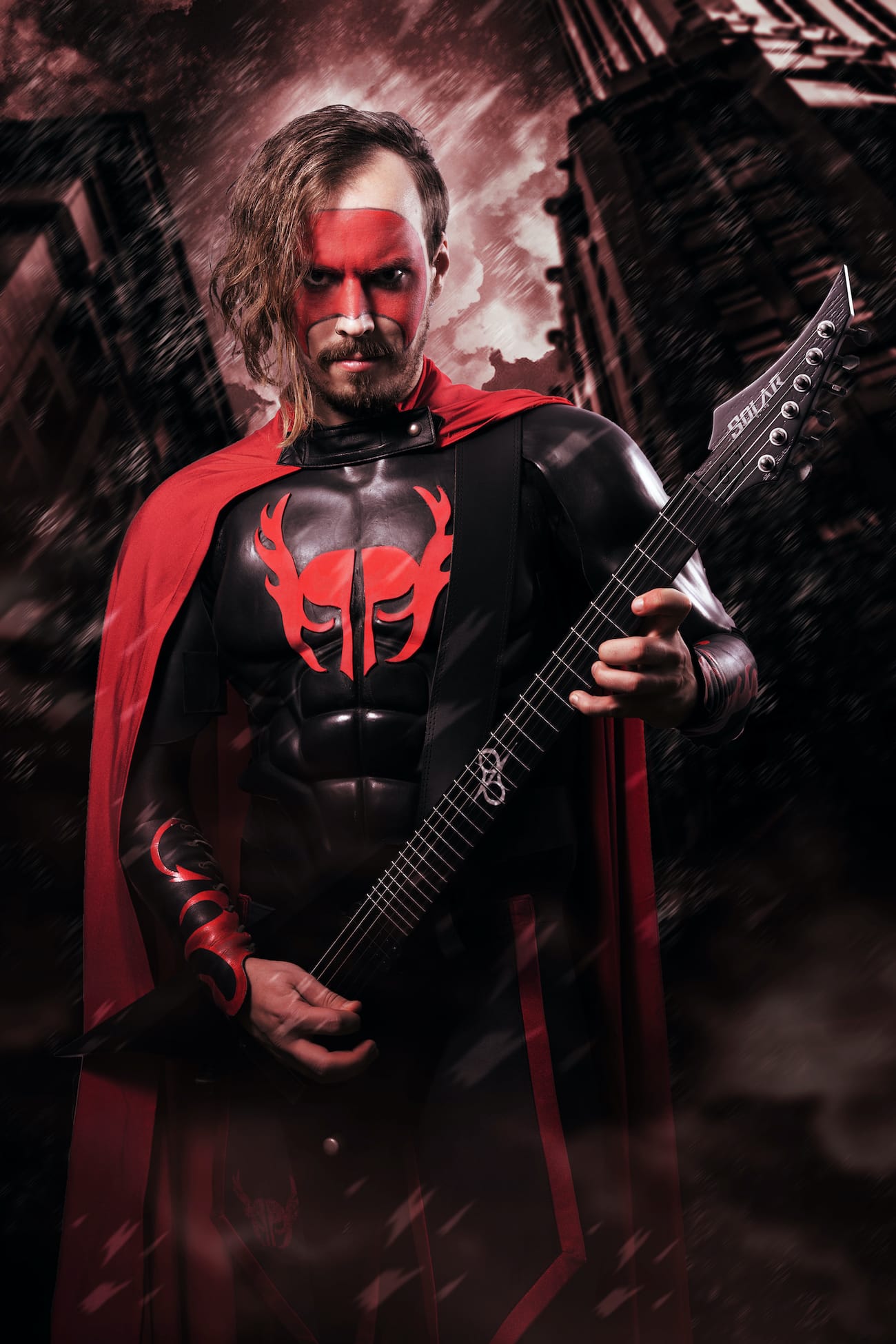 Count Cranium is one of the five mighty Grailknights and always in quest for the sake of the Holy Grail. As their evil arch enemy Dr. Skull tries to rule the world with the power of the grail the only way to defeat him is by the power of metal. Hence Count Cranium started to learn the guitar hundreds of years ago, constantly improving to turn his playing into a superpower that allows him not only to fill the ears and hearts of metal fans with joy but also is able to defeat all evil in this world.

With a mixture of most different styles of metal music, the Grailknights created and manifested the style of Superhero Metal for almost over 10 years. With countless festival shows and more than 250 club shows (e.g. as touring support for the Swedish power metal band Sabaton) the Knights formed a big fanbase that is steadily growing.

A visit of a Grailknights show, called Battle, will take you beyond a usual concert night: In heroic superhero armour the 5 Knights fight, side by side with their fans – the mighty Battlechoir – against their stinking arch enemy, the evil Dr. Skull who perpetually tries to lay hand on the Holy Grail. One sip out of the precious chalice promises eternal drunkenness.

Again and again the Battlechoir shall support the Grailknights loudly. The battle cry “Grailknights Battlechoir?! – Yes, Sire!” is roaring constantly through the masses.

Musically the battle participant shall expect an explosive mixture of power and melodic death metal. Heroic choirs, singing guitar leads, driving riffs and massive drums will let everyone party and sing along. Make your childhood dream to be a superhero come true and join the mighty Battlechoir!