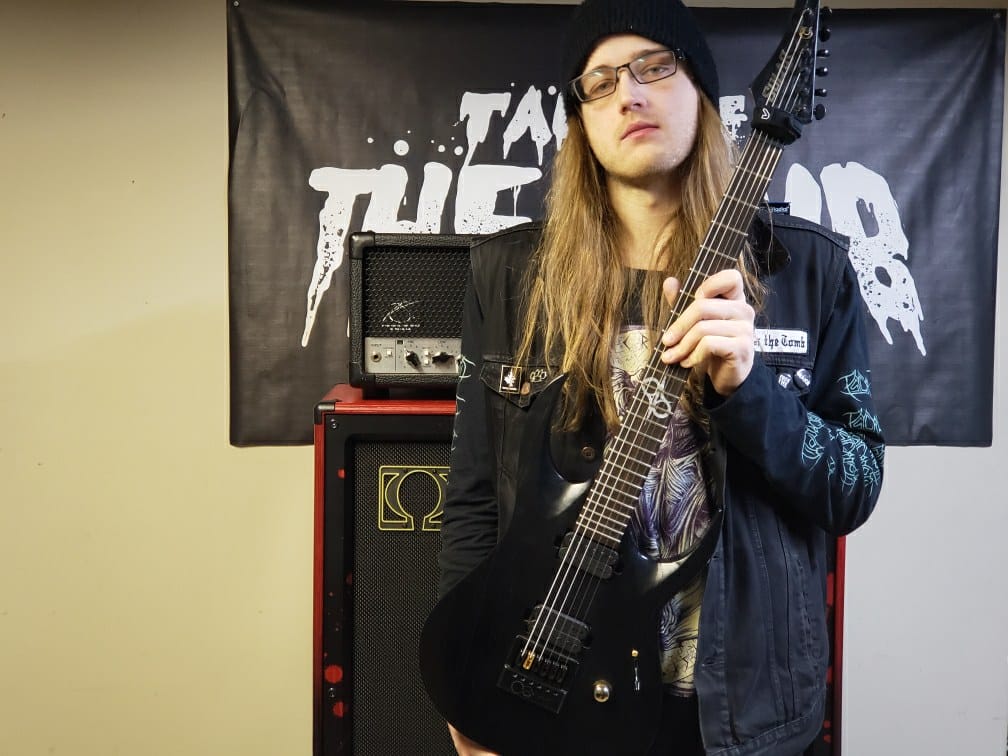 Every town has stories to caution or warn, every police officer has seen a crime that keeps them awake at night, and every coroner has seen death in ways that the rest of us could never imagine. Murder, conspiracy, supernatural horror, and real-life terror are stains on the cutting room floor where Edmonton-based group Tales of The Tomb paints their canvas.

Canadian guitar player Corey Skerlak picked up his first guitar at age 14. Driven with a new passion for making extreme music Corey played in various metal bands before creating his own murder metal project titled Tales of the tomb. Since its creation is 2013 Tales of the Tomb has released two EP’s with the help of metal legends Dan Swano and Christian Donaldson doing the mixing and mastering respectively.

My Solar guitar fits me perfectly. The guitar feels effortless and inspiring to play! Combined with the Evertune Bridge Solar Guitars is an unstoppable power in metal guitars!

Corey Skerlak – TALES OF THE TOMB On social media