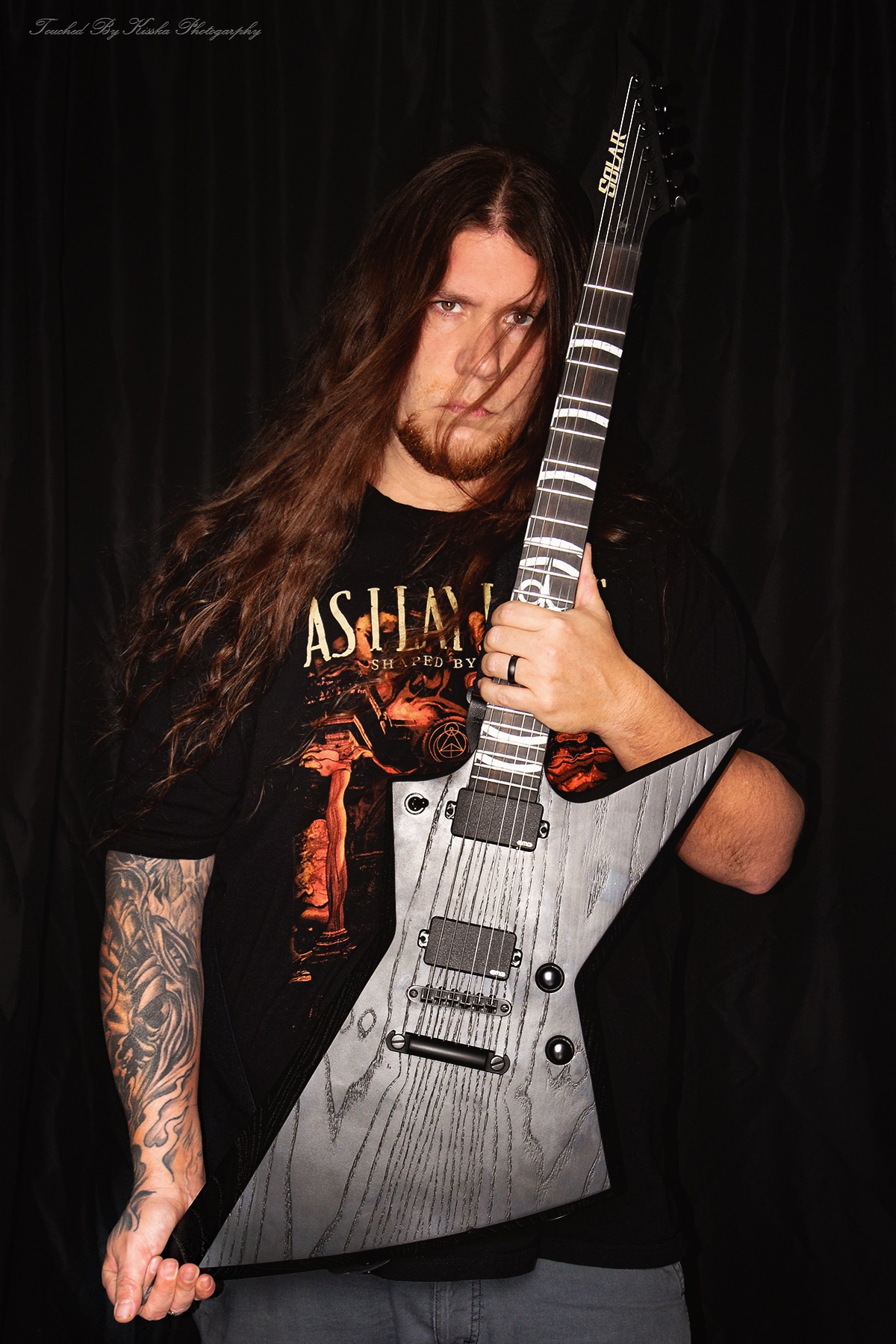 Hailing from Salt Lake City, Utah, Chris is a proud and involved member of Salt Lakes local metal scene. As founding member and lead guitarist for Utah’s own A Balance of Power, Chris also is closely involved in some of the local scenes biggest metal shows such as ‘The Salt Lake Metal Fest’ & the annual ‘Dimebag Darrel Memorial Show’ playing tribute to ‘The Idol’ since 2005.

A Balance of Power has been writing, recording and touring since 2008 and has had the honor of playing some iconic American Festivals such as the Rockstar Mayhem Festival 3 years consecutively, Indianapolis  Metal Fest and has shared the stage with some of the biggest names in metal. Balance is currently under management with Distilled Entertainment  and is writing for an early spring EP release and plan on hitting the road shortly after.

Balance is currently on the endorsing artist roster for WB Gear, Soultone Cymbals, Scorpion Percussion, and Sledpad Innovations. Thank you so much for your time! I look forward to flying the Solar Flag Officially.

The instruments an artist plays is very much an extension of ones personality and attitude. The artist must belieive in and be proud of the gear he playes and presents. Solar guitars have the tone, a defining metal look and the attitude i’m looking for in the agressive music genre I love and live in!

Chris Margetts – A BALANCE OF POWER On social media