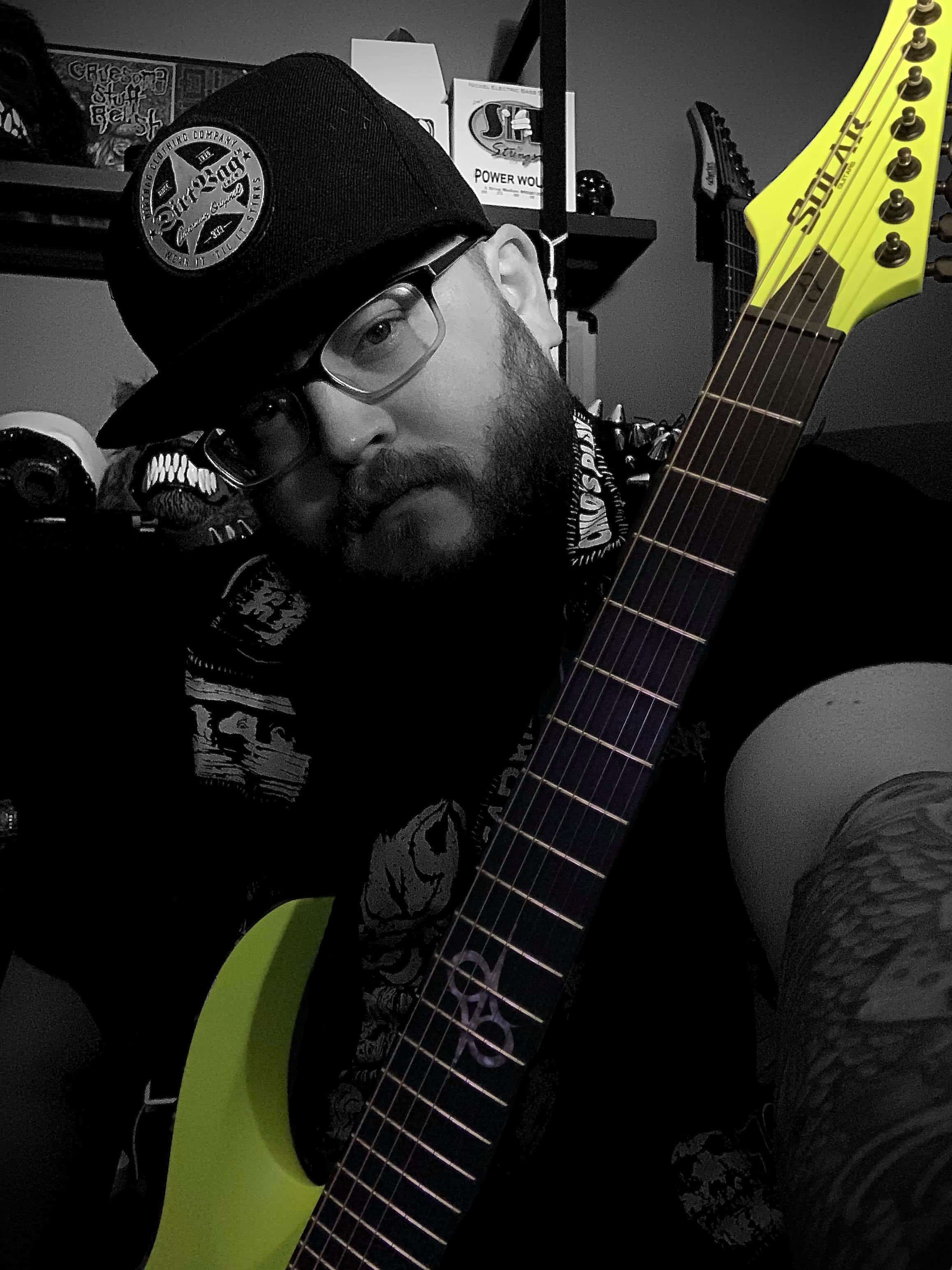 Mylai Massacre is a Death Metal/Grindcore band mastermind by Dellamorte’s guitarist Chris Hudson. The band started in 2011 and released its first ep in 2012 followed by a demo and 2 full lengths. The band was signed to Humid Records back in 2012 to 2014 before the label decided to close shop. Currently the band is working on a new set of music for an upcoming release called “The Doom Bringer”. Mylai Massacre recently released the full length “Judgment Day” which is available to purchase and stream on Bandcamp, Spotify, Apple Music, Amazon Music, I Heart Radio, and Google Play. The band has been featured on a few local radio stations and is endorsed by companies such as DirtBag Clothing, WB GEAR, Intune Picks, Sit Strings.

In a world full of darkness be the light that guides the broken.

Chris Hudson – THE MINISTRY OF TERROR / BATHYM On social media