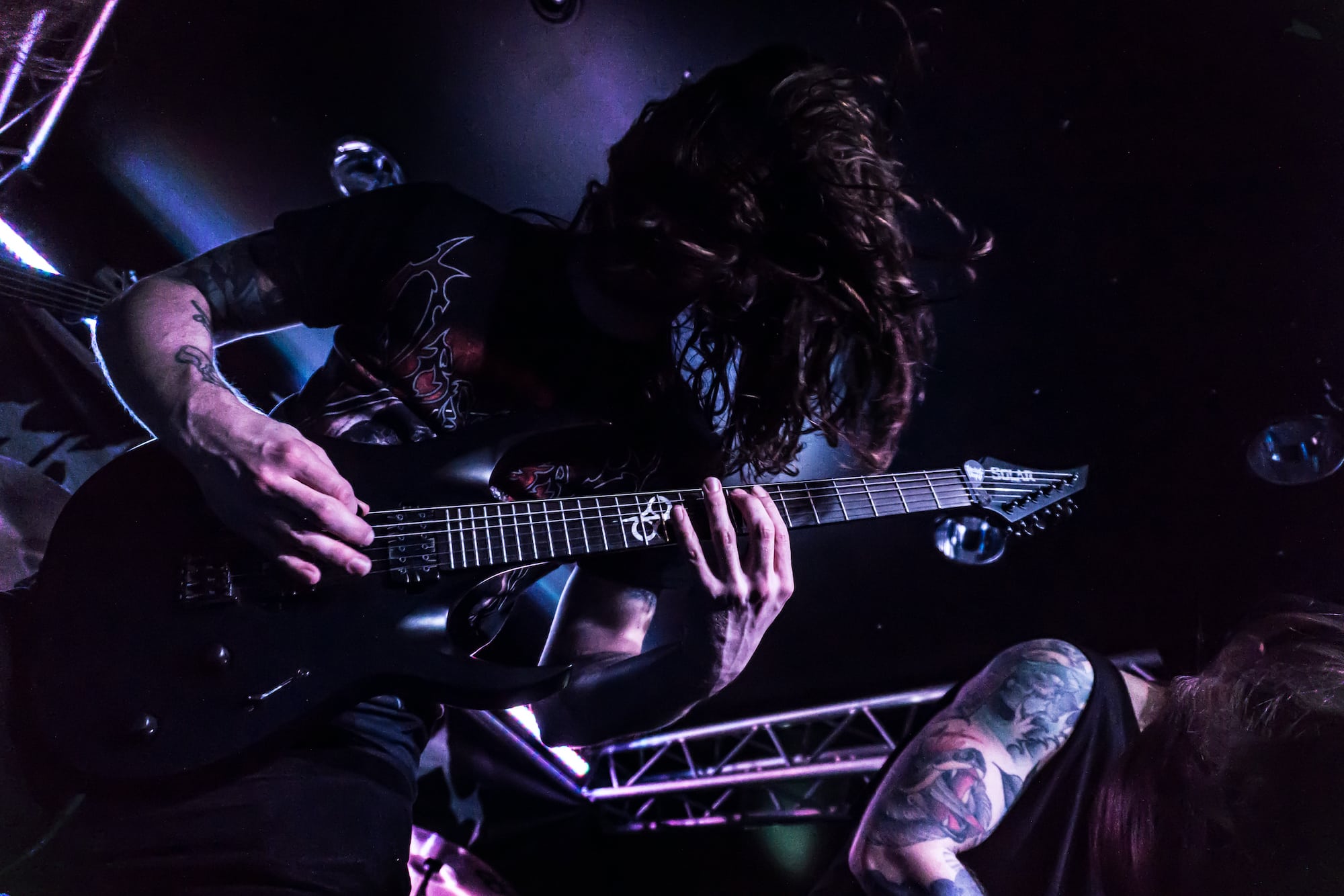 Chris is the lead guitarist of the Swedish melodic death metal band Bleeding Utopia since 2017. They recently released their latest album ‘where the light comes to die’, produced by Jocke Skog, and immediately began hitting stages all over Europe with bands such as The Black Dahlia murder, The Crown, Eshtadur and Bleeding Gods.

Bleeding Utopia was formed in 2010 and have since released 3 albums full of extreme death metal prowess, killer old school thrash and catchy melodies.

Prior to joining Bleeding Utopia, Chris has played with hard hitting thrash band Decadence, as well as working on other projects alongside mainly focusing his time and effort on his solo project Prosector.

Solar just hit it out of the park and into the sun for me when it comes to playability, reliability, looks and sound! It’s the metal guitar I’ve been looking for for years, the ultimate metal shred machine! I’m so excited to be part of this team and show these guitars off!