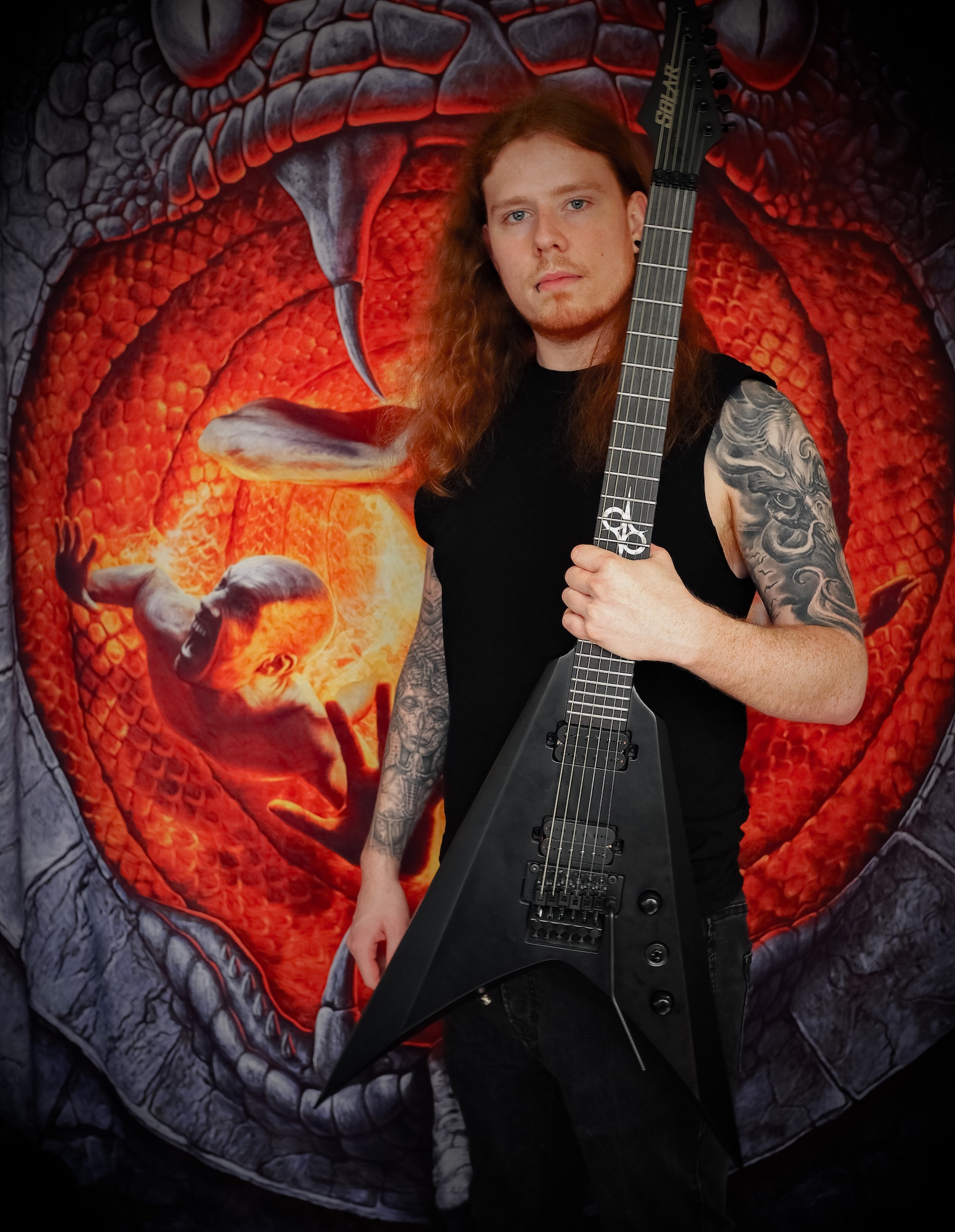 Chris Bone started playing guitar at age 16, with his first band at 17. Chris is influenced by a lot of genres, mainly by Scandinavian death, black and melodic metal.

On March 5th 2019 Descent Of The Serpent was unveiled and the reaction from the worldwide press has been staggering, with a tidal wave of praise flooding in from the likes of Zero Tolerance, Lords Of Metal, Dead Rhetoric, Metal Temple, Metal Gods TV, Musipedia Of Metal, Powerplay Rock And Metal Magazine and many, many more.

Straight away I felt right at home with my Solar guitar; great playability, specs and sound! They have thought of everything, from the comfortable rounded edges to the neck cutaway.. as if V’s weren’t easy enough access already!  An excellent instrument and highly recommended! I look forward to gigging and recording with this guitar for the foreseeable future.