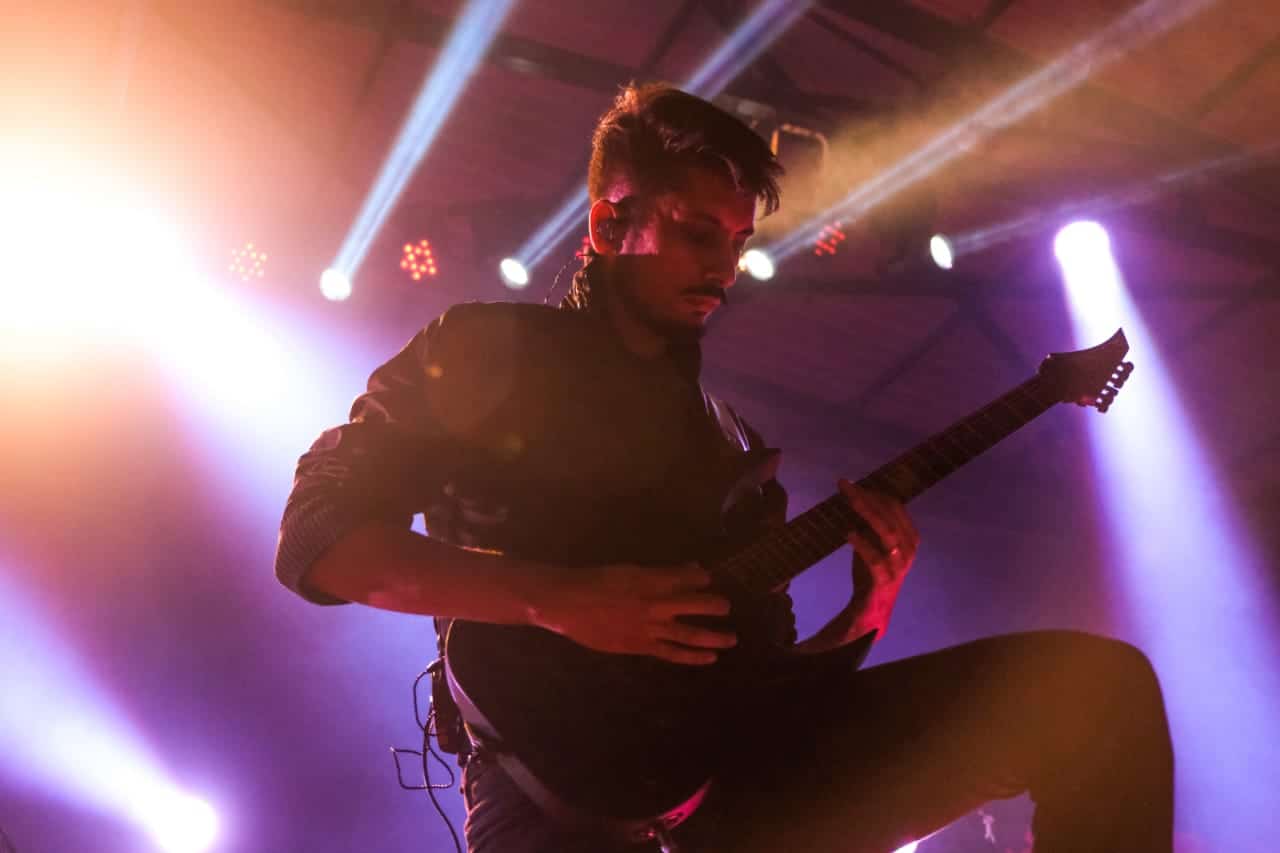 Formed in 2006 in the backdrop of the volatile socio-political environment in India, Inner Sanctum emerged as disruptors from the get-go and have worked tirelessly to promote and unite metal music and fans in India and across the globe.

Hugely respected in the world of heavy music, the band has won a slew of prestigious awards – the “Band of the Year 2007″ by Levis, “Band of the year 2009” by Headbangers India, “Emerging Band of the year 2010” by the Jack Daniels International Rock Awards and “Second Best Band in India 2014” by Pepsi MTV Indies.

Chintan Chinnappa was awarded the “Best Guitarist” at the Rolling Stones Metal Awards 2016 and has endorsed Washburn Solar in India since 2016.

Inner Sanctum has performed with several international artists including the mighty Metallica (Rock N India 2011), Slayer (Rock N India 2012), Testament, Periphery, Enslaved, Amon Amarth, Cradle of Filth, Behemoth and the like during their tours. The band has also toured through Europe and played at major metal festivals such as Inferno Metal Festival, Norway and Metalfest Poland.

“In my view, Solar Guitars have been able to achieve the most harmonious amalgamation of precision engineering and remarkable aesthetics, catered to guitar players who cherish heavier music.

I was an early proponent of Ola’s vision and have been attached to the Solar series since the Washburn days. I used and officially endorsed Washburn Solar for several years. It was only natural for me to transition with Ola and I am pleased to now be a part of the Solar Guitars family.”