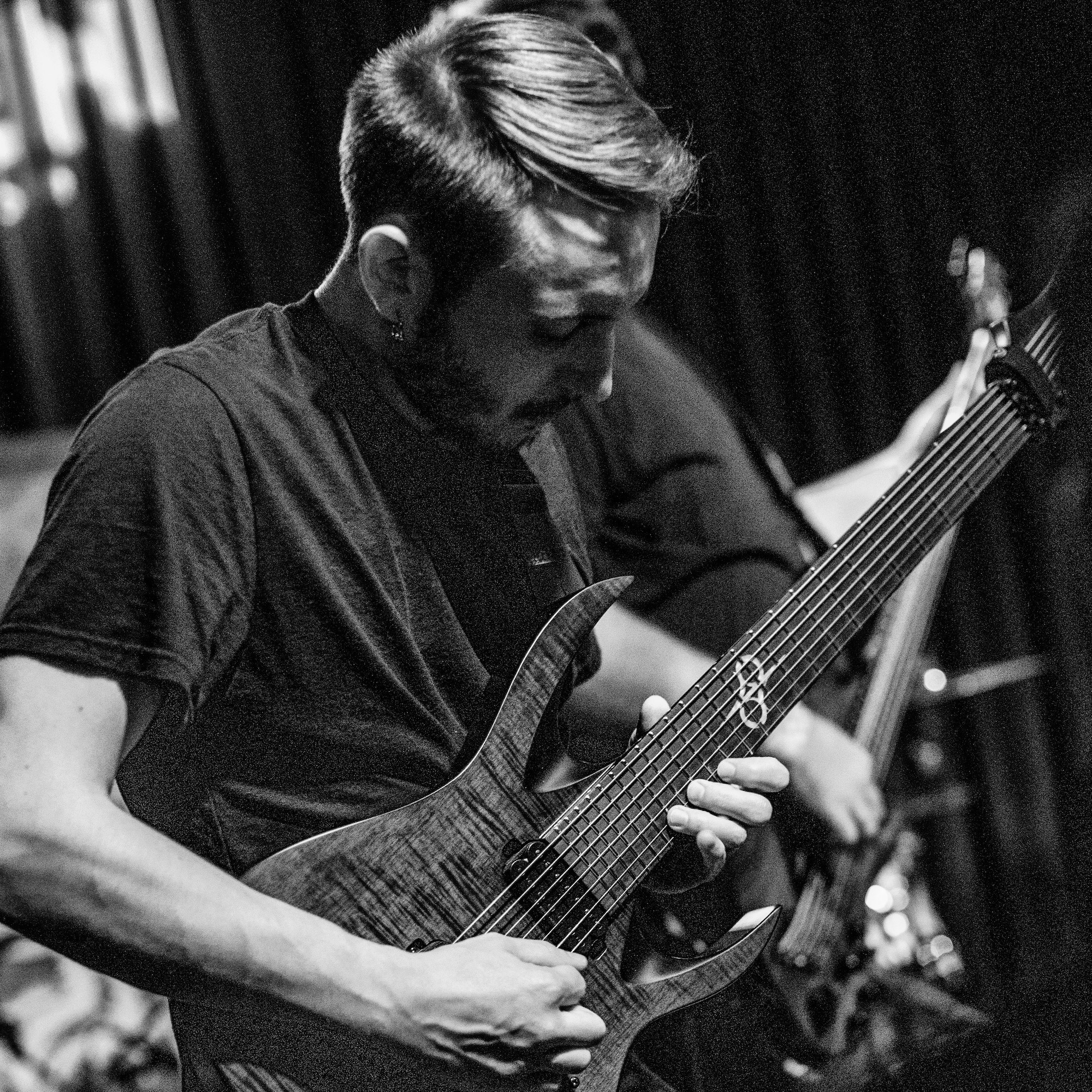 Brad’s love for music started at a young age and took off when he picked up the guitar around the age of 12. Throughout his career he has played in multiple bands such as Dismal and Levitated and now continues to push forward in his most recent project Burial in the Sky along with fellow Solar artist, James Tomedi. The band has no limits when it comes to genre bending, taking you from ethereal cleans with bluesy leads to in-your-face technical riffs. Brad’s most recent work can be heard on Burial in the Sky’s newest album “The Consumed Self” where the band worked alongside Grammy nominated metal titans Carson Slovak and Grant McFarland to deliever their most crushing release to date.

I have played numerous guitars throughout the years and struggled to find one that I’m comfortable using as my work horse. I look no further than Solar when I need a guitar that can handle everything I need it to and it never leaves me hanging.

Brad Hettinger – BURIAL IN THE SKY On social media