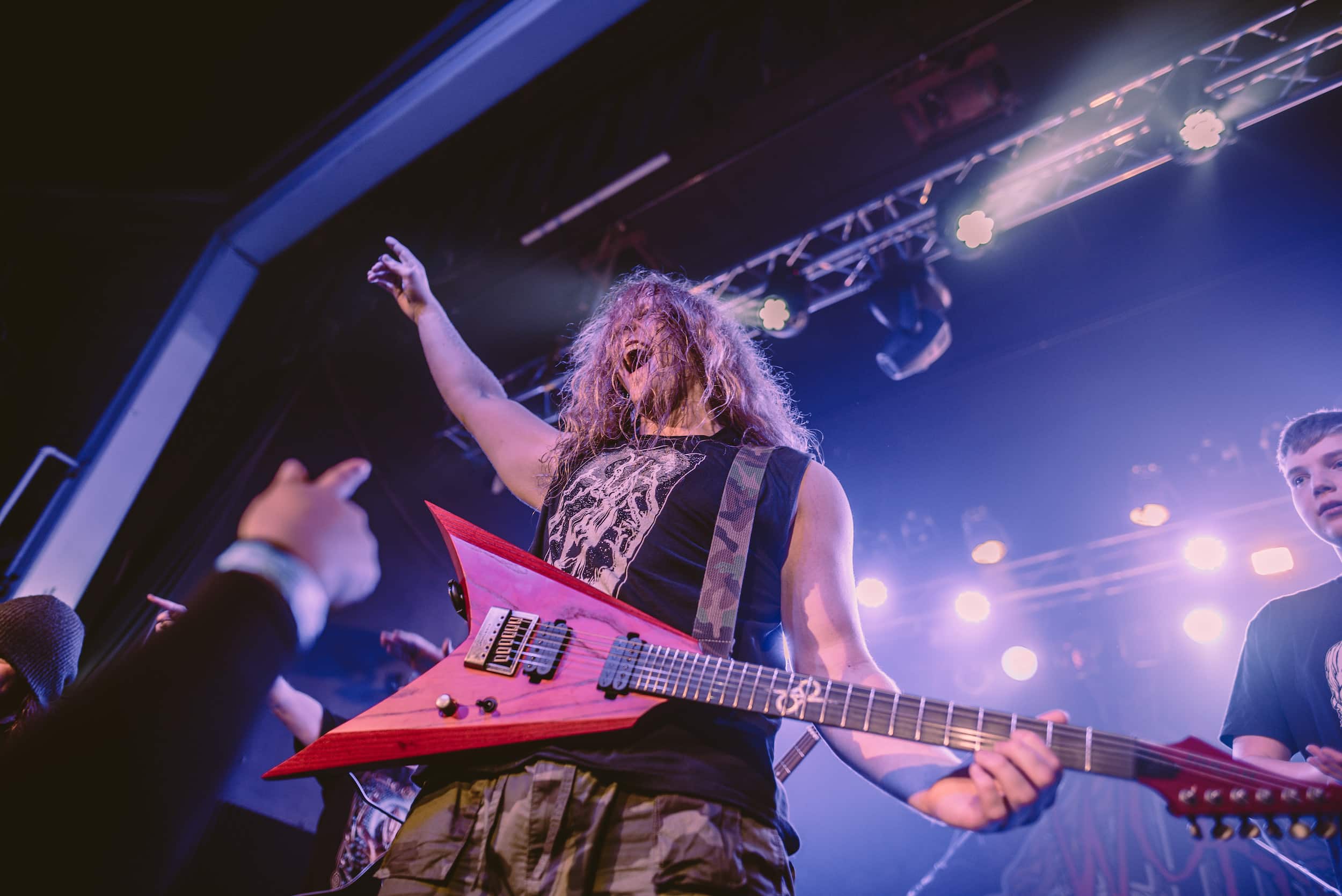 Ben Kaiser was born in Boston, Massachusetts but spent most of his youth growing up in Zurich, Switzerland. At the age of 6 his family relocated to Los Angeles, California where Ben was quickly exposed to thrash and death metal, immediately falling in love with their aggressive styles. Influenced heavily by the styles of James Hetfield, Mark Morton, Zakk Wylde, Jeff Loomis, and Dave Mustaine, Ben slowly developed his own unique style that consists mainly of down picked riffs, melodic guitar harmonies, and blistering breakdowns.

In 2016, Ben moved to North Carolina after being recruited to play football at NC State University. Near the end of his athletic career, he founded the heavy metal band WoR. After Kaiser teamed up with vocalist Bobby Demoss, WoR discovered its groundbreaking identity. Shortly thereafter bassist Phillip Funderburk, drummer Hunter Crews, and guitarist David Nisoff also joined the fold and WoR’s lineup was solidified. By the summer of 2019, WoR had signed with Bungalo Records, and headed into the studio with producer Joe Alonzo Potts to record the full length album “Prisoners”. The album includes brutally groovy tracks such as Caged and Predator while also presenting melodic anthems such as VI Kings. The full length album is set to be released on Friday, March 13, 2020.

Solar Guitars are unrivaled in the metal guitar world. By far the most playable guitars I have ever played. Riffs just sort of flow out of these guitars and the inspiration is endless.