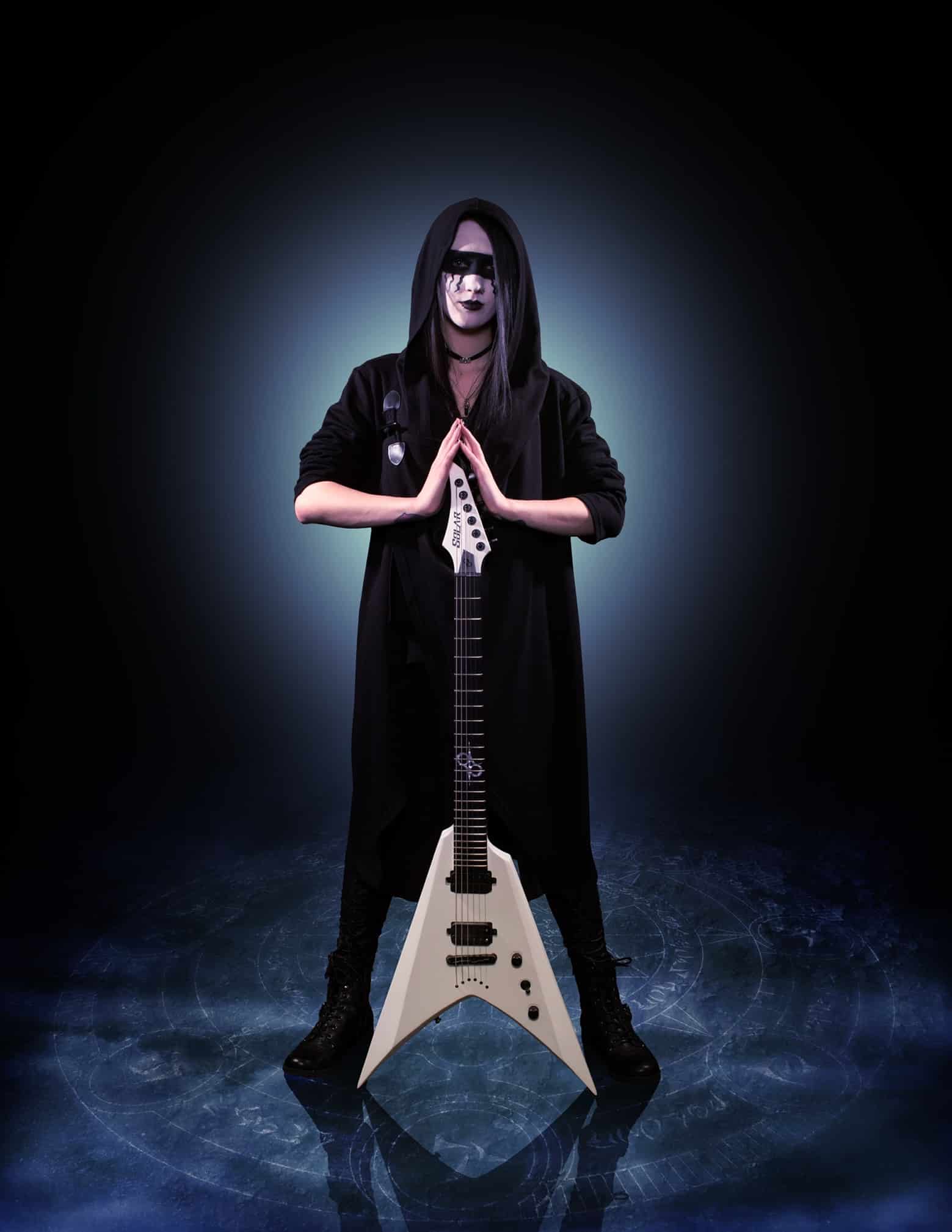 Azra is the rhythm guitarist for Summoner’s Circle, and the latest to join the six as new blood.

Summoner’s Circle is a six-piece theatrical metal band that blends elements of doom, death, black and progressive metal into what they refer to as simply Epic Metal.

For the band, every song in an incantation, every live performance is a Summoning, and everything they do is tied intrinsically to the mythology, or lore, they have created. The lore tells the story of the band’s origins, battles of divine conquest and showcases their creativity and vision, which sets the stage for a very entertaining live performance where bigger is better, and Epic is always the standard.

There’s something about a Solar guitar that just draws you in. Be it the allure of the impeccable craftsmanship, or the loads of premium features, you’ve got yourself a guitar that’s in a league of its own. A guitar that shreds, AND looks this good? Oh yeah. Sign me up.