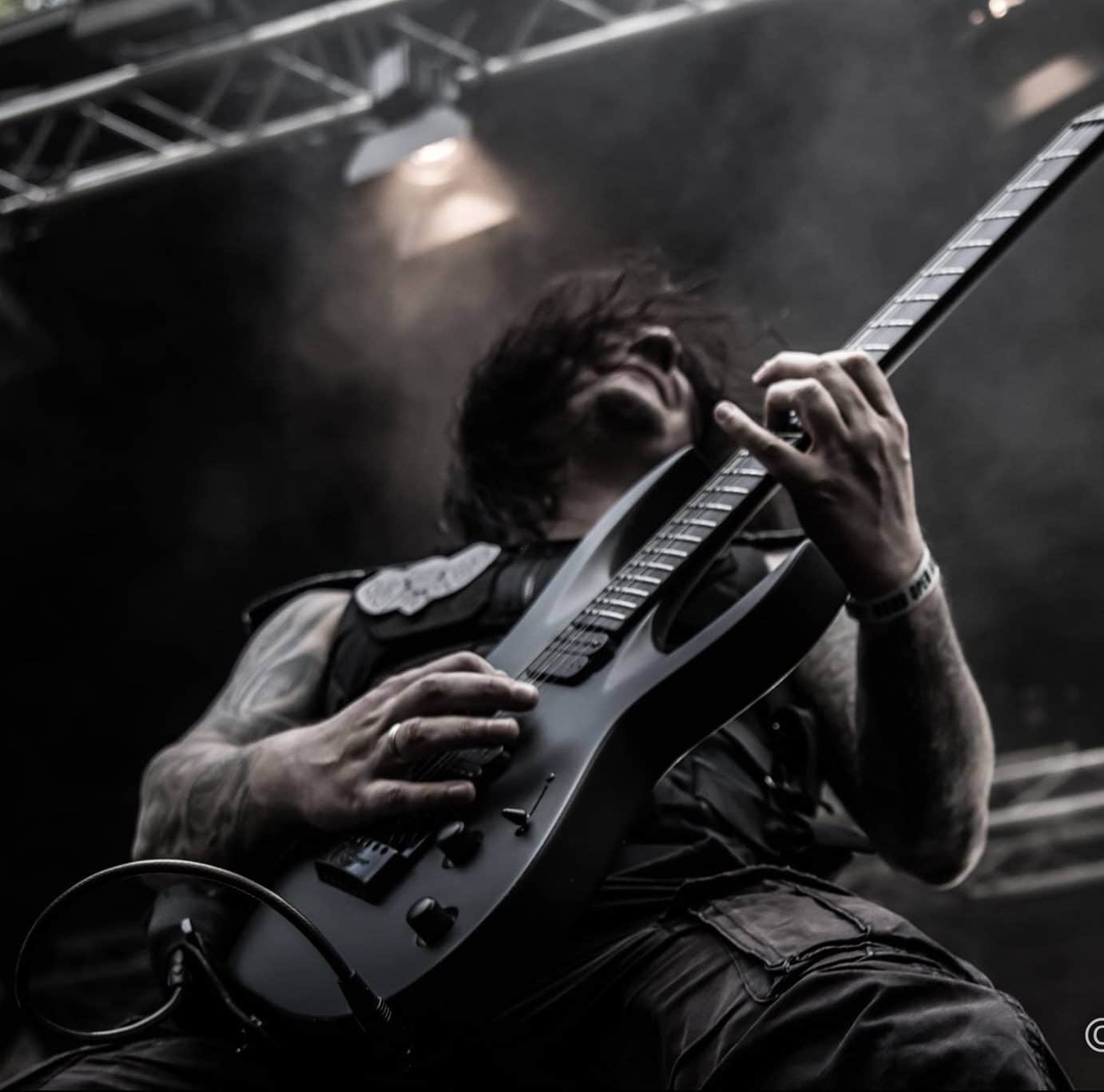 Inspired by guitarists like Angus Young, Kirk Hammet and Jimi Hendrix, Arkadius started to play guitar in 1994. It was the same year, he founded his band SuidAkrA and became it’s mastermind. Arkadius began to play other string instruments like acoustic guitar, Banjo and mandolin and he developed his own guitarsound, which is a mixture of melodic death metal, enriched by celtic folky elements. He wrote, produced and released 13 Albums, 2 Demos and a Live DVD. From his very first show with SuidAkrA to the present day, Arkadius made an excited journey over three continents and he currently played numerous Festivals and tours in Europe, Turkey, China, Brazil, India and USA.Beside his own band Arkadius also works on several projects as live guitarist, and guest musician. He spent for example a week on the behalf of the German Goethe institute to support Indian regional musical projects which was accompanied by a large public and media interest.

“Solar A1.6ET is the ultimate Metal Axe. Everything about this guitar is just perfect. Loaded with unique features and the Duncan Solar pickups it delivers the perfect mix of huge heavy sound, big sustain with awesome playability. It has become my best companion for live and recordings. It simple delivers everything what a metal guitarist expects from a guitar…now let my Solar Guitars do the talking! m/”