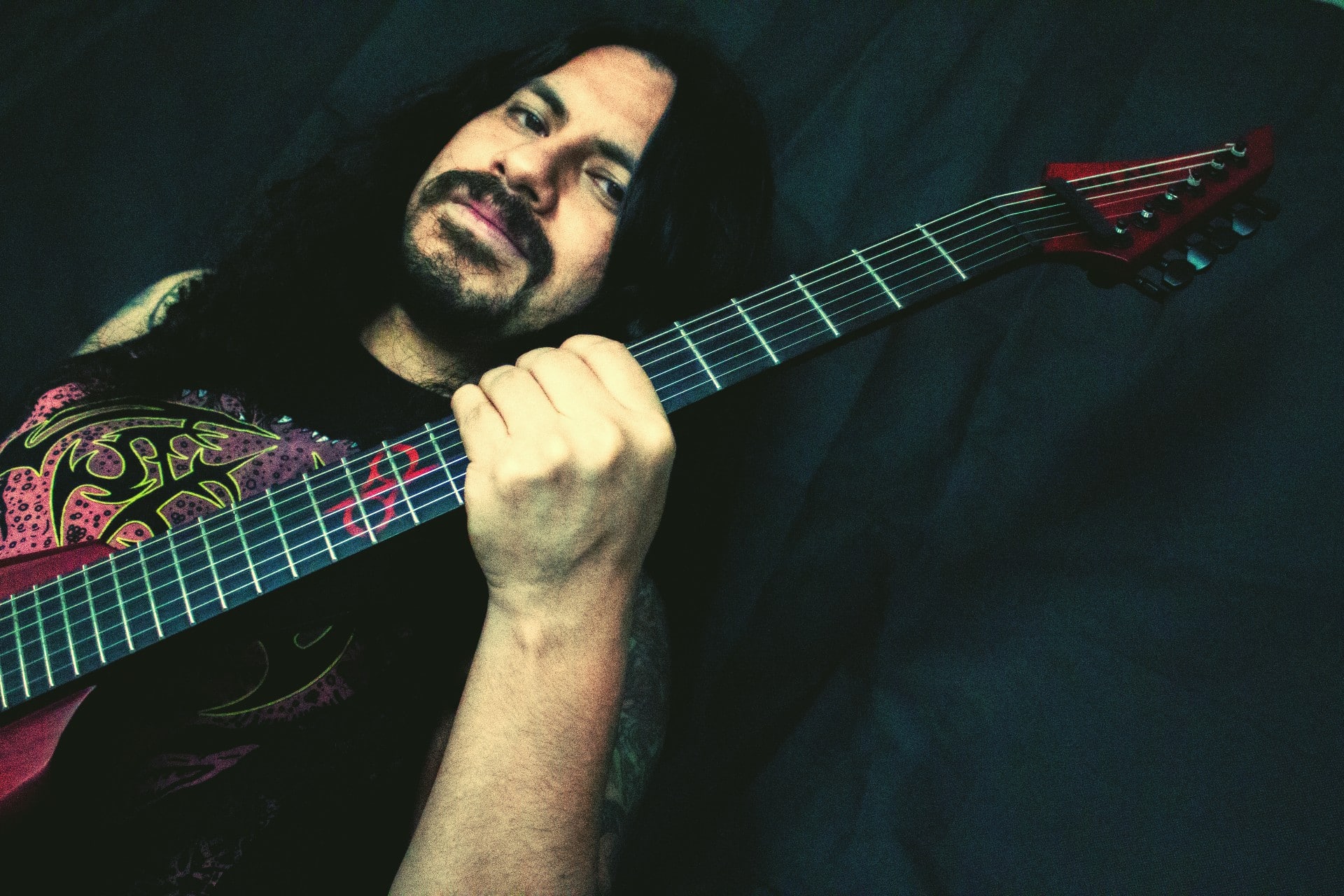 Andrés Ascencio is the rhythm guitarist and vocalist of the melodic death metal band Asedio. He joined them in 2009, first as a guitarist, then in 2015 as a vocalist as well. Previously, from 2007 to 2009 he played bass in the band Serial Killer, which he founded with his high school friends and with whom he recorded a self-titled EP. He also plays guitar for Ferentes Tenebris, a black metal band he joined in 2017 and with whom he has recorded the Ep Corpore Insepulto.

With Asedio he has recorded the LPs El origen de todos los males (2012) and Mi nombre es legión (2018), plus the EPs Aversión (2012), Ángeles derrotados (2020) and, soon, El asesino dentro de mi (2022). Ascencio has recorded the voices, guitars and contributed with ideas in the general composition of these materials.

His style, which he has forged over a fifteen-year career, is powerful, sharp, without hesitation. Brutal and energetic, he has been influenced by bands like Iron Maiden, Opeth, Kreator, Dissection and At the Gates.

Solar is the perfect combination of brutality, class and quality, you can be sure that you will get these attributes in any product of the brand.