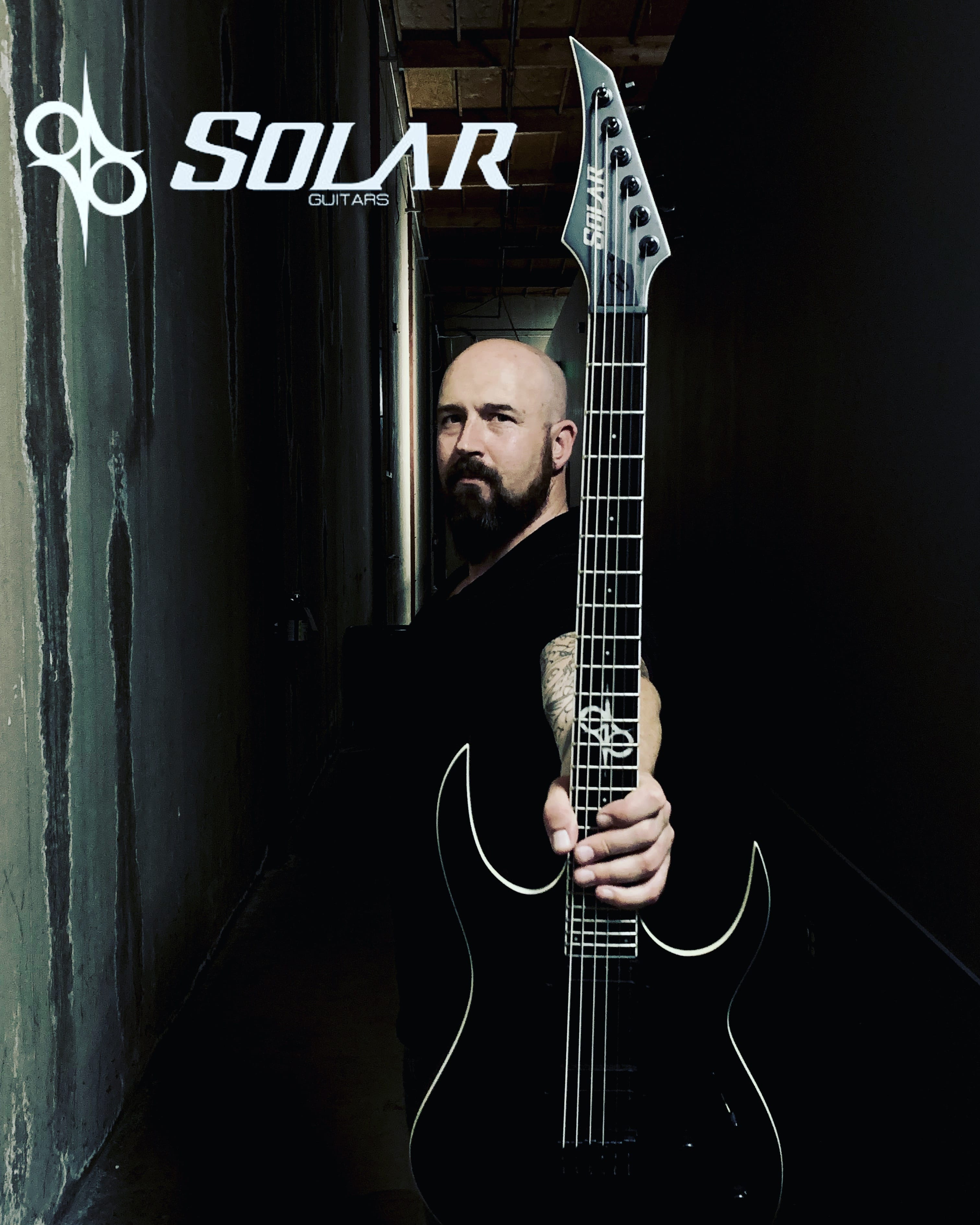 Allen Wheeler is an American multi instrumentalist/ song writer out of Sacramento Cailfornia. Best known for his work with acts such as Burn Halo and Shortie. Allen is currently the lead guitarist as well as a principle songwriter in the Alternative Hard Rock band  Among the First. As of March 2019, after the successful release of their self titled debut EP, Among the First is currently in the studio finishing up their second effort available late 2019.

Solar Guitars represent everything i need and nothing I don’t in a modern hard rock/ metal design. Very straight forward, comfortable, and amazing instruments!

Allen Wheeler – AMONG THE FIRST On social media