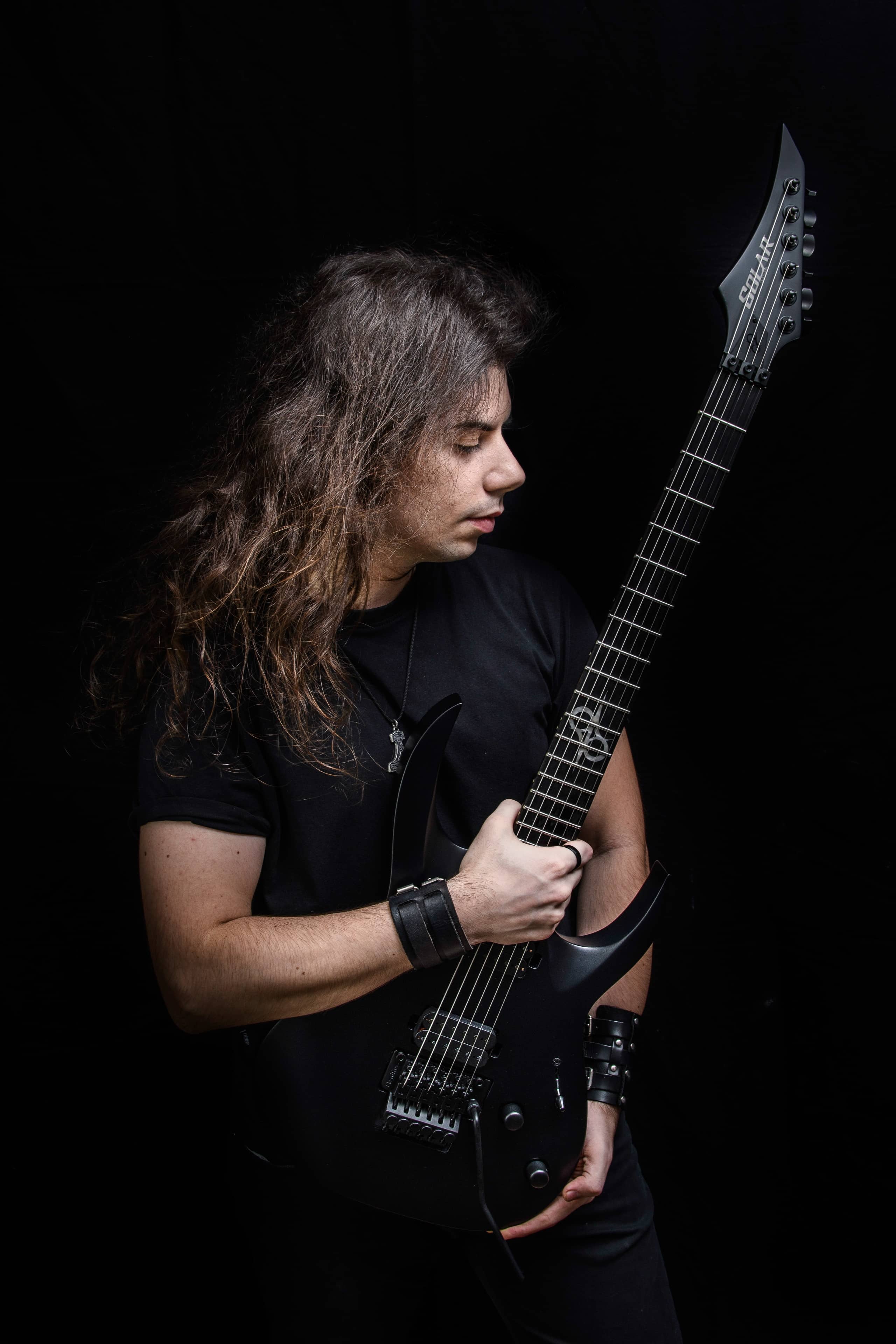 Alessandro De Fusco aka Alexander Layer is an Italian Guitarist and Composer. Guitar Teacher by “Lizard Academy”. Studied at the Conservatory of Music “San Pietro a Majella” in Naples and Lizard Academy in Rome. His musical influences are Heavy Metal, Power Metal, Progressive Metal and Classic Music.

In 2018 he composed his first solo album “Fenrir”, a record where the aesthetics of the guitar is not full of virtuosity that dominate the other instruments, but is only a narrator of Celtic and Norse mythological stories .. with the right dose of guitar technique but without detracting from the singing.

In 2019 he begins to collaborate with the Elevate Records label with which he publishes the second album “Huginn Muninn” in which Marco Sfogli (James Labrie, PFM and Icefisch) and David Folchitto (ex.Fleshgod Apocalypse) are present as special guests.

In 2020 he composes the single “Ymir” after joining as an artist with the Solar Guitars brand.

In 2021 his transcribes “Complete Guitar Transcriptions” This work, consisting of an anthology of transcriptions, was born from the idea of collecting all his works that, in recent years, have been influenced and inspired by Norse mythology.

In 2021 he composed third album “Sounds From The Labs” is presented as a collection of demos and small tracks from a few minutes, composed in his studio during the last year of Lockdown.

In 2021 he collaborates as an Artist with “Chicken Picks – Guitar Picks”.

Live opening concerts with many important artists of the caliber of:

“This Guitar will be huge part of my sound and music. Solar’s sound massive while still retaining clarity and the neck is super fast and comfortable. I have played my Solar Guitar every single day since I got it.”