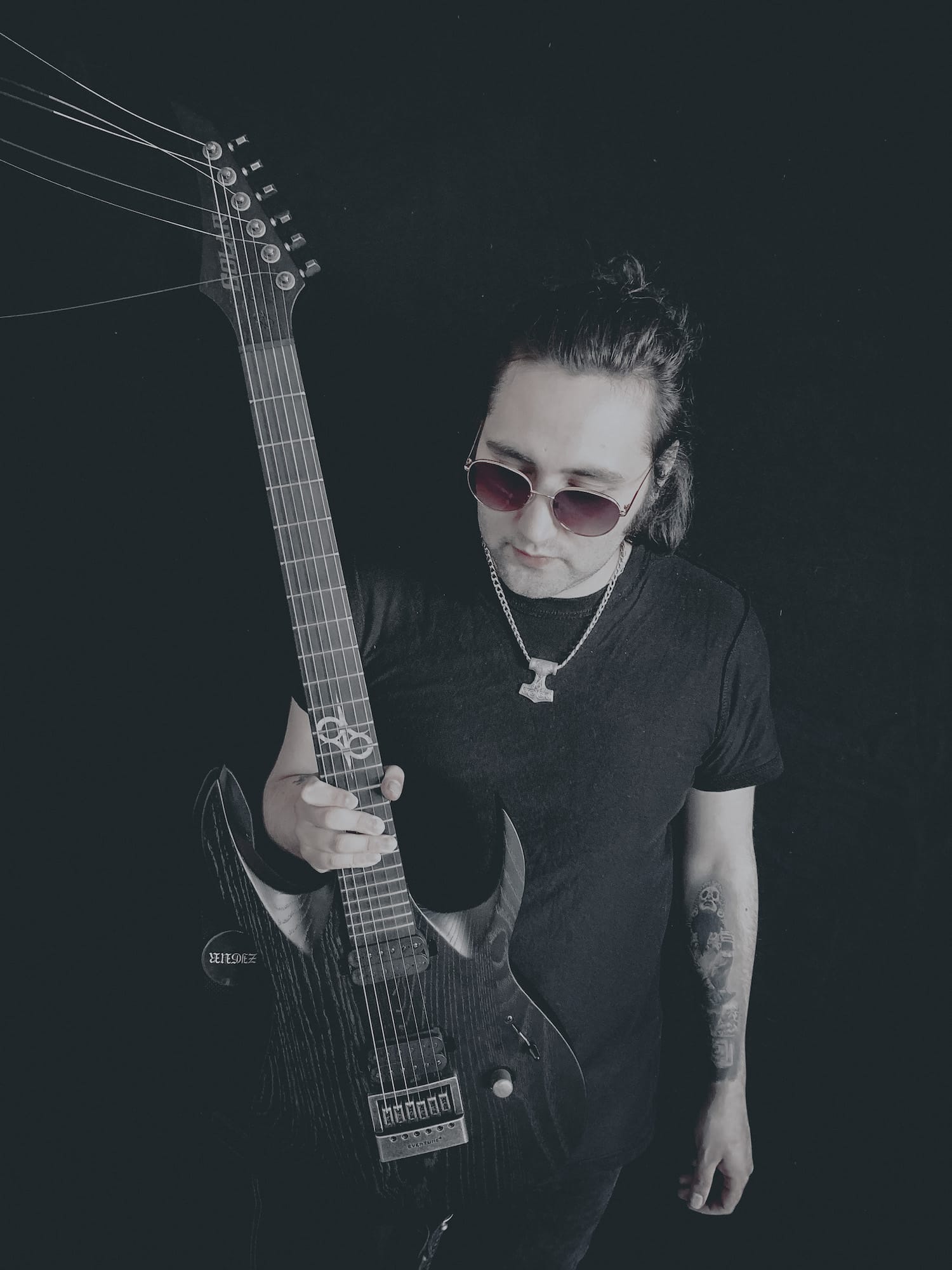 Alejandro García Also known as “Alex Ripper” born on March 2, 1992, is a classical Guitarist.
He received some musical instruction from his father Jose Jaime (El Bohemio Solitario). His father gave him his first acoustic guitar at the age of 3.
He attended the National Institute of Fine Arts where he studied classical guitar. His first performance as a soloist and classical guitarist was on 5/19/2012 in a show organized by (INBA) Instituto Nacional de Bellas Artes. His youth experiments really took off in 2004. It was alternating with foreign bands such as: The Urges, The Horrors, The adicts, The Cynics, Lords of Altamont, Man or Astro-man?.
In 2014 Alejandro moved to Europe which led him to have presentations in countries such as: France (Paris, Lyon), Holland, London and Germany etc., and now, in 2017 He attended the Gurudev Tagore Indian Cultural Center where he studied (Sitar ) with Master Hollving Argaez disciple of Shubhendra Rao, within the tradition of the Senia-Maihar Gharana (Ustad Baba Allauddin Khan and Pandit Ravi Shankar). In 2018 he founded his music production studio in Hamburg Germany Producing bands and musicians independently.

Currently he founded his most recent Project ‘Zigur’ ‘is a Black Metal band based in Hamburg, It was formed and founded in 2020 by “Alex Ripper” After the boredom caused by the Coronavirus Pandemic.